It’s now widely acknowledged that to avoid catastrophic climate change we’ll need to physically remove CO2 from the atmosphere. Yet the technologies needed to do this, collectively known as carbon dioxide removal (CDR), remain nascent, underfunded and largely unregulated. Two recent developments aim to clear a path for testing these controversial methods in the ocean.

In the first week of December 2021, the US National Academies of Science, Technology and Medicine (NASEM) released a much-awaited report evaluating the feasibility and cost of alternative ocean-based CDR approaches. The same week, the international non-profit Aspen Institute released a separate report, calling for a code of conduct for such approaches.

While previous reports, including another by NASEM in 2018, have evaluated options for climate intervention, NASEM’s new analysis, funded by US non-profit ClimateWorks, takes a detailed look at ocean-based techniques exclusively, focusing on the six deemed most promising. The options range from restoring kelp forests to electrifying seawater in a bid to enhance the ocean’s natural capacity for carbon storage.

“This is a holistic picture of the current state of knowledge about these different techniques and what we need to do before we can make a decision about whether to deploy them,” says Romany Webb, an author on both reports and an expert in environmental law at Columbia Law School in New York.

Meanwhile, the Aspen report gives specific guidance to practitioners – be they scientists or entrepreneurs – interested in ocean CDR, and calls for a code of conduct that is environmentally and socially responsible.

Calling the reports “nicely complementary”, NASEM author David Koweek says the Aspen report helps to fill in the blanks on what the ethical, responsible CDR research that NASEM calls for actually looks like in practice. While neither report advocates for climate intervention, taken together they are seen as a gear-shift in the conversation around altering the ocean to tackle the climate crisis.

The ocean as a carbon sink

To keep global warming at or below 1.5C – above which will see the disappearance of coral reefs and low-lying island nations, as well as other adverse outcomes – emissions need to be dramatically reduced by 2030. By mid-century onwards, as much as 1 billion tonnes of carbon will need to be removed from the atmosphere each year. These are the conclusions of the UN’s Intergovernmental Panel on Climate Change in a landmark 2018 analysis. Despite this knowledge, there has been little done since to develop carbon dioxide removal at scale. On land, proposals to plant trees and develop bioenergy with carbon capture and storage (BECCS) are seen as competing with global food security and possibly worsening deforestation. 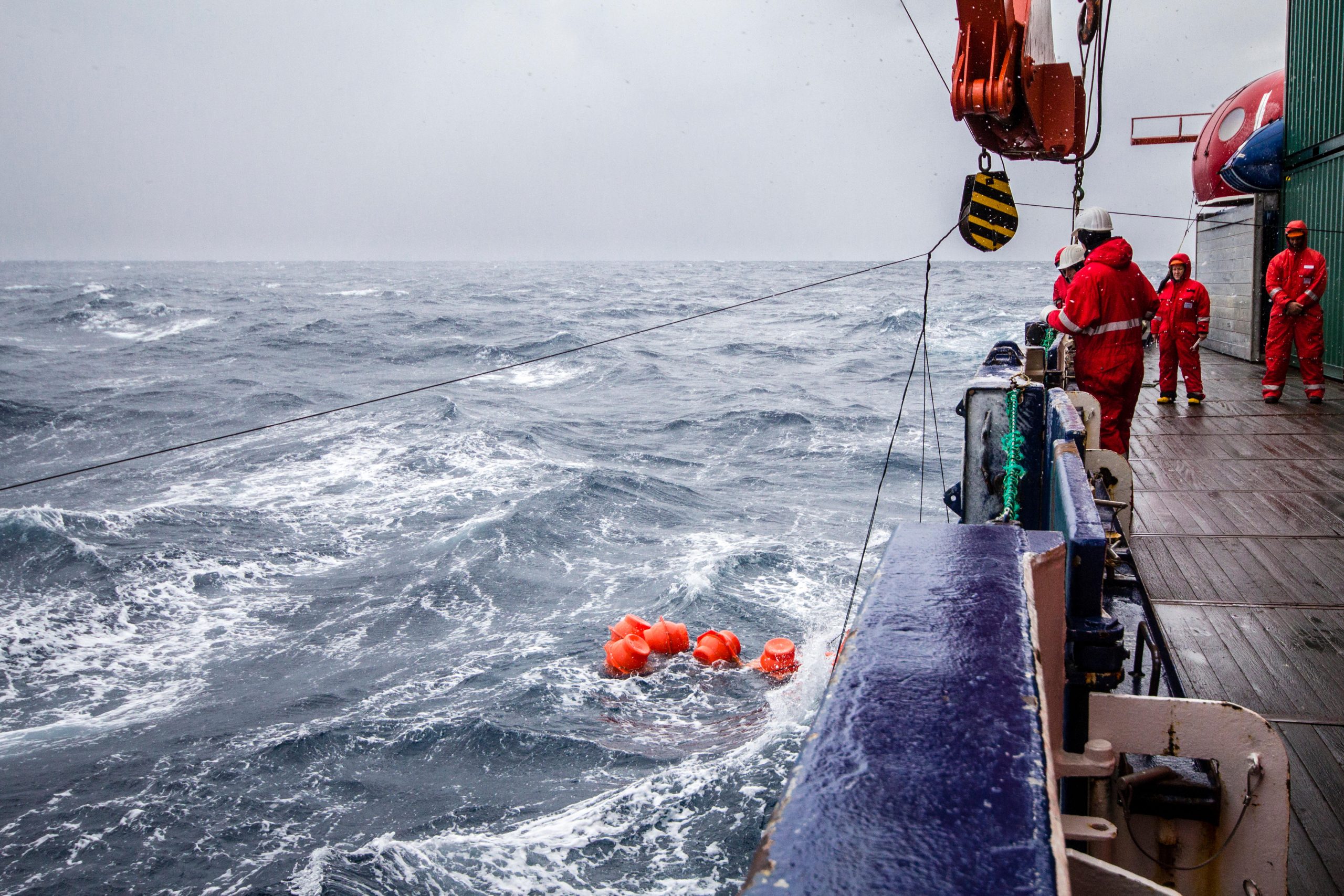 Researchers on the Polarstern icebreaker recover a sediment trap from deep waters in the Weddell Sea, Antarctica, as part of a project to understand more about the ocean as a long-term carbon sink (Image: Izzet Noyan Yilmaz / Alamy)

There are fewer territorial conflicts in the ocean, which already sequesters billions of tonnes of CO2 each year, an amount equivalent to around 25% of our annual emissions. In theory, encouraging the ocean to absorb just a little more carbon, and store it over long timescales, could avert the worst of climate change. “These recent reports help to rectify the very land-centric focus that has previously prevailed,” says Greg Rau, an ocean chemist and co-founder of CDR start-up Planetary Hydrogen, who was not involved in either report.

But ocean-based interventions have also been contentious. Early attempts by entrepreneurs – most famously Russ George in 2007 and 2012 – to seed the ocean with iron and to sell the sequestered carbon as tradable credits prompted an international outcry and led to calls (most notably by the UN’s Convention on Biological Diversity and the International Maritime Organization) for a moratorium on commercial ocean fertilisation. This stalled ocean CDR research for at least a decade, during which there was little funding for research and few real-world trials. With greenhouse gas emissions continuing to rise, however, interest has resurfaced and experts are keen that, this time, it’s done responsibly.

While there are numerous options for enhancing the ocean’s carbon storage capabilities, the NASEM report focuses on those thought the most promising. These are: seeding the ocean with nutrients such as iron to boost plankton growth; altering the ocean’s physical transport processes in order to boost nutrients at the surface and to bring carbon to depth; cultivating seaweed at large scale; restoring ocean ecosystems such as kelp forests; adding large volumes of carbon-absorbing minerals such as lime to the ocean; and using electricity to boost the ocean’s alkalinity and carbon uptake.

Putting a price on reality

For ocean CDR to take off, practitioners will first need to test these approaches in the lab and in the field. The NASEM report assigns costs to each of these stages. The largest cost is for demonstration-scale field trials, which, if existing studies are any indication, will total about US$25 million per year for 10 years. In addition, some approaches will need to be tested in the lab to optimise methods, costing around $18 million per year. The report also estimates computer modelling costs at around $5 million per year and research into governance and issues such as equity at around $4 million per year. A separate report, published in 2020 by the Energy Futures Initiative, suggested a total US budget of $2.5 billion in research development and demonstration for CDR.

“These two independent assessments give some sense that we are in the billion-dollar range over a decade, probably,” says Koweek. Any government funding for CDR would compete with other strategies to tackle the climate crisis including decarbonisation and adaptation. In comparison, the entire US budget to tackle climate change in 2021 was $22 billion.

Beyond finding funding for R&D, practitioners will have other hurdles to overcome. One of the major issues with any form of ocean intervention is environmental liability: who is responsible for negative impacts – should they occur – in international waters? And what about transboundary effects, where jurisdictional claims overlap or where a technology deployed in national waters has impacts downstream? Iron fertilisation, for instance, may impact the biological productivity at the tests site, but also elsewhere; in changing the amount or type of plankton in the water, it could spread harmful blooms or introduce non-native species to other nations’ waters. 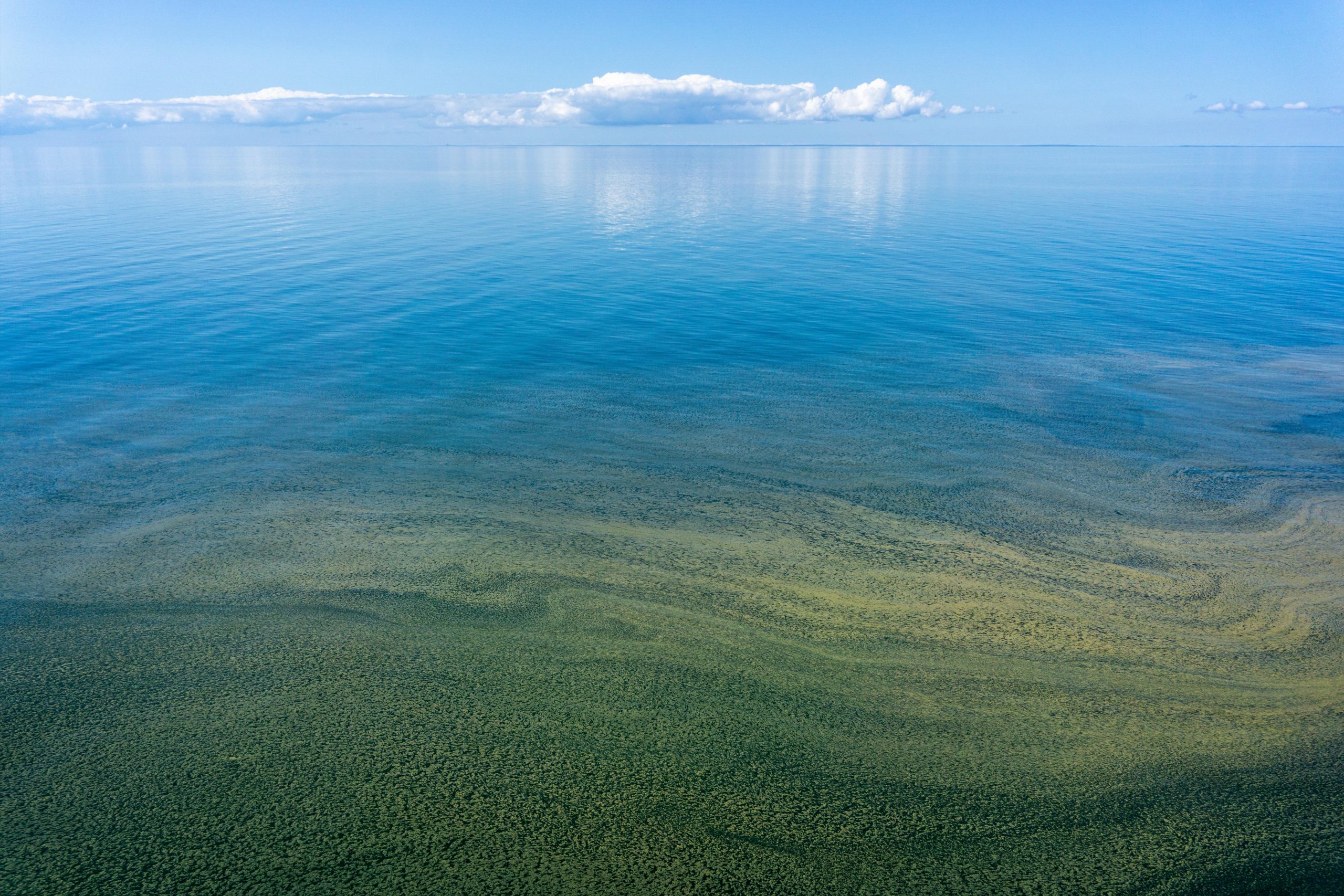 Brown and green plankton bloom in the Baltic Sea. Stimulating phytoplankton growth by iron fertilisation is one proposed method of ocean CO2 removal, but it could also spread damaging blooms. (Image: Alamy)

“Any negative effects that go beyond the authorising nation’s ocean boundaries, or that is derived from CDR conducted in international waters, have international implications. But then so do the benefits,” says Rau. “Both national and international governance are required.”

One issue for commercial practitioners who want to sell credits from their CDR scheme, just as Russ George did, is verifying any claims they make about carbon sequestration. One of the codes that the Aspen Institute recommends is that any project must estimate the amount of CO2 that might be removed, as well as how that might be independently verified. “We can create a framework that ensures effective public consultation and public input into the design of projects. How are we actually going to pay for them?” asks Webb. “Are we going to have some sort of carbon crediting framework? What does that mean for monitoring and verification of carbon removal?” she says. “There’s a lot of work to do on the science side and on what supports we need for these related issues.”

Another concern is inclusivity. Climate intervention, as a field of research, is almost exclusively the domain of wealthy nations, with research typically carried out by older, white men. In formulating their guidelines, the Aspen Institute solicited the views of a broad range of stakeholders. “There was a strong effort made… to include diverse voices, bringing in a wider range of country representatives and representatives from different fields – the fisheries industry, for example, could be really heavily impacted by some of these approaches,” says Webb.

Given that 300 million people worldwide depend on fisheries for their living, of which 90% are artisanal fisheries in poor countries, “the governance of doing anything like this at scale should be globally inclusive,” says Andrew Norton, director of the London-based International Institute for Environment and Development. Norton also points out that some of the lower-tech options, such as kelp restoration, could provide employment for poor communities in developing countries. The question, he says, is not only “what’s the hit?”, but also “what’s the potential?”

Kerryn Brent, a climate governance expert at the University of Tasmania, says: “What the code attempts to do here is to strongly encourage researchers, be they scientists or practitioners, to think beyond just the questions of science and technology… to issues of social impacts and the need for evidence.”

For the time being, none of these technologies are ready for deployment, just for further investigation. “Some of the techniques are further advanced than others. But none are ready for prime time yet,” says Webb. “It’s another path for hope,” says Koweek. “We need to be able to find ways to think and to know that the future will be better than the present. And these reports are one small part of that.”

Who rules climate intervention on the high seas?

How farming giant seaweed can feed fish and fix the climate

How ocean management in Antarctica has integrated climate change

The case for conserving kelp