Experts say the shipping industry will have to decarbonise rapidly to keep global average temperature increases below the critical threshold of 1.5C, and find alternative green fuels to the polluting diesel that currently powers most vessels.

To keep 1.5C alive, global emissions will need to peak by 2025, halve by 2030 and reach net zero by 2050, according to the UN’s climate science body, the Intergovernmental Panel on Climate Change (IPCC).

Shipping is currently responsible for nearly 3% of global emissions, generating around 1 billion tonnes of CO2 and greenhouse gases each year. If it were a country, it would be the sixth largest polluter in the world.

Despite the footprint, the International Maritime Organization (IMO), the UN body responsible for shipping, has failed to introduce regulations to curb maritime emissions and drive sustainable innovation within the sector.

Moves forward are steadily arriving, however, from the sector itself and some governments, in the development of sustainable fuels and initiatives to drive uptake. But, as methanol, ammonia and hydrogen are being looked to as some of the leading options, concerns remain over how ready these alternatives are for wide-scale deployment, their own possible impacts, and potential trade-offs in realising a transition.

The European Union is taking matters into its own hands with several new regulations aiming to clean up shipping in the next few years. These include a sustainable fuel mandate within the EU, which sets quantitative targets for carbon-intensity reductions over five-year periods, and the inclusion of maritime emissions in the bloc’s emissions trading scheme (ETS). From the start of 2023, shipping will fall under the EU ETS, and all ships transporting goods to and from the EU – regardless of the flag they fly – will be taxed on their emissions.

The FuelEU Maritime initiative aims to increase the uptake of low-carbon and renewable fuels in shipping. But environmental campaigners have warned that it falls far short of the ambition needed to decarbonise the industry and promotes the use of liquified natural gas (LNG), which releases methane, a gas with a significant global warming impact when burned. Brussels-based thinktank Transport & Environment says the proposed law could do more harm than good and that the EU risks creating stranded assets, some of which will be publicly funded.

“[The regulation] provides benefits for LNG. There is currently no economic rationale for a shipping company to choose methanol or ammonia over LNG. They are considerably more expensive,” said Faig Abbasov, shipping programme director at Transport & Environment.

“It incentivises the use of LNG and biofuels, but what we really need is to strongly incentivise long-term, scalable solutions, which are green hydrogen and hydrogen fuels,” said Tristan Smith, an expert in shipping and energy at University College London’s Energy Institute.

Compagnie Maritime Belge (CMB) is backing hydrogen as shipping’s future fuel. The Antwerp-based group has three hydrogen-powered ships on the water today, including the world’s first hydrogen-powered tugboat. It is also building 28 large vessels that can operate on ammonia for Chinese companies.

“By 2030, we’re aiming for all our vessels to be future-proof – either zero or low-carbon,” said CMB CEO Alexander Saverys. To achieve this, renewable energy to generate zero-carbon fuels must become cheaper and more readily available, while CO2 emissions must be taxed, Saverys said, adding that “these two trends are already happening”.

CMB is investing in hydrogen for shorter routes and ammonia for international journeys, both ideally produced using renewable energy sources. “Hydrogen in compressed form is ideal to decarbonise small ships that operate on shorter trade links and can refuel frequently,” said Saverys. 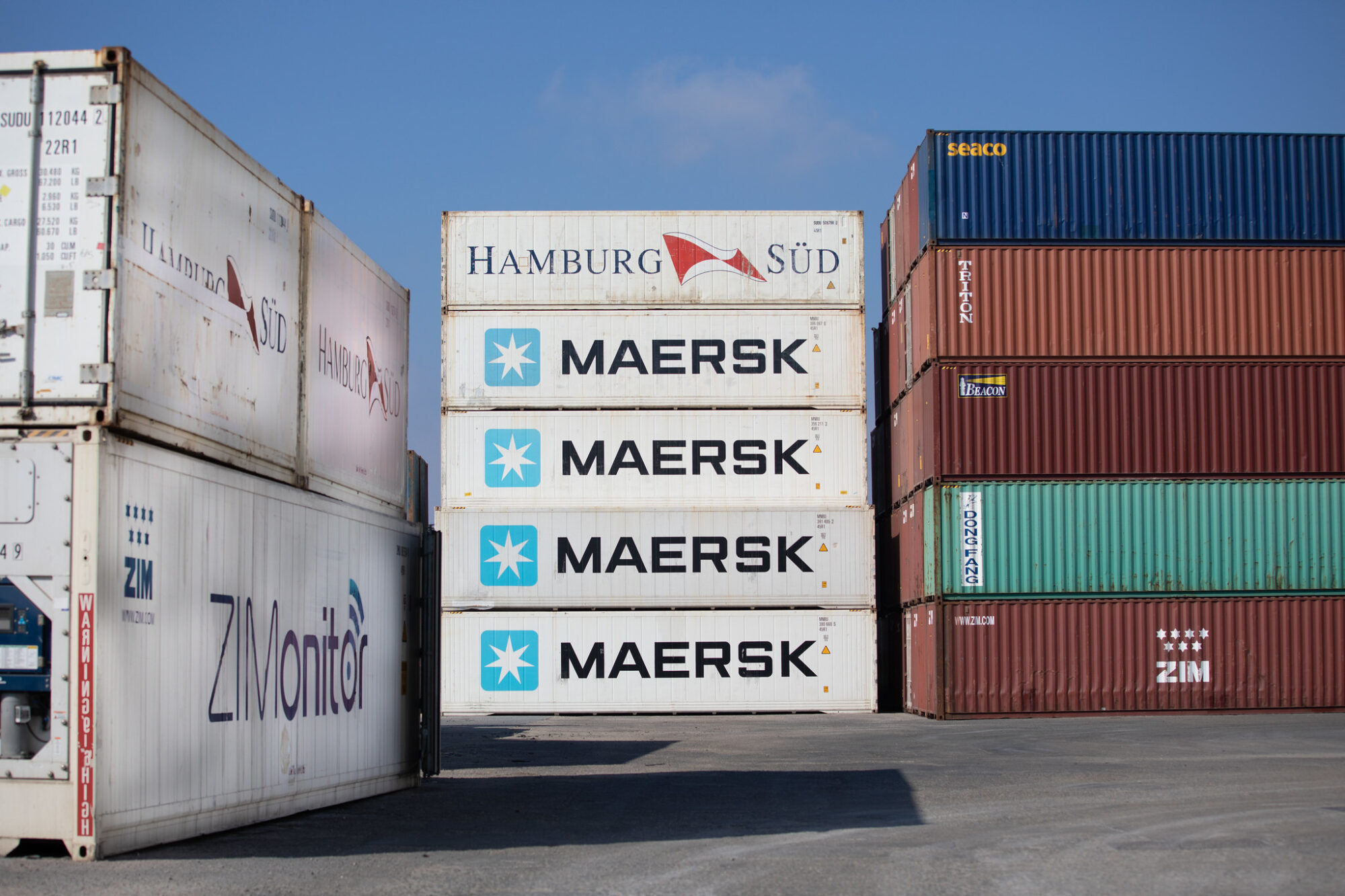 Ammonia, a compound of nitrogen and hydrogen that emits no CO2 when burned, is the best option for container ships transporting cargo over long distances, Saverys explained, adding that it is possible to store more ammonia on vessels than hydrogen.

As ammonia is already used globally as fertiliser in agriculture, a vast infrastructure already exists. But most ammonia today is generated in a highly energy-intensive process, which releases large amounts of CO2 and methane. The technology to produce renewable ammonia at scale and store it is not yet available.

Ammonia is also a polluting fuel when it is burned. It releases potent nitrogen oxide (NOx) emissions, so ships running on it will need to install selective catalytic reduction (SCR) technology to convert NOx from exhaust fumes into water vapour and nitrogen, said Saverys.

“It is highly toxic compared to methanol,” Fung said, adding that an ammonia spill could be “a huge disaster” that would devastate marine ecosystems. “We need to develop very good safeguarding protocols – not just on paper, but also in operations.”

UCL’s Smith, on the other hand, expressed more confidence, pointing towards the stability of existing ammonia infrastructure: “A lot of people think the [safety] risks around ammonia are insurmountable, which is nonsense, because we already store and move 15 million tonnes of ammonia [cargo] by sea every year.”

Methanol can be used now

Some companies see “green methanol”, produced using renewable energy, as a better option in the short term. The cost to build new vessels and retrofit existing ones to run on methanol is significantly lower than for alternative zero-carbon fuels. And unlike ammonia, liquid methanol does not need to be stored under pressure or at extremely cold temperatures.

“In the immediate term, methanol has a role to play,” said Fung. “It is easier to store on a ship, the engines are already working, and it is safer to handle as a fuel.”

Maersk, until last year the world’s largest container shipping line, is betting on methanol to help it reach its 2040 net-zero target. The shipping giant is investing in a fleet of 12 container ships powered by methanol, produced using biofuels and renewable energy. Maersk says the new vessels will reduce its annual CO2 emissions by 1.5 million tonnes when they start operating.

Meanwhile, Swiss engine manufacturer WinGD has said its engines will be able to run on methanol and ammonia by 2024 and 2025, pursuing “multi-fuel solutions” that will allow flexibility with current diesel fuels as they work towards a full transition.

“We are investing in both methanol and ammonia quite simply because there isn’t one pathway to decarbonisation. There are two quite different paths which lead towards the same goal,” said Andrea Lazarro, head of business development at WinGD. “The market will determine which is the best fuel.”

Methanol doesn’t present the pollution issues that ammonia has and is far less toxic to handle, Lazarro said. The fuel is readily biodegradable in water, breaking down within seven days in the case of a spill.

However, many experts say green methanol is not the right fuel to decarbonise the shipping industry, as production is energy intensive and requires carbon dioxide.

“With methanol, you’re very constrained on sustainably sourced carbon,” said Smith. “We know it will be more expensive than ammonia because you have to capture CO2 out of the atmosphere, which is immature technology that is extremely expensive and highly inefficient.”

Relying on carbon-capture technology is not a long-term solution, Smith added, as “it doesn’t do anything to solve the problem of stopping fossil emissions from [entering] the atmosphere.”

China, the world’s largest shipbuilder and the country with the largest shipping fleet, has started building methanol-powered tankers and recently began the first sea trials. The nation stands to benefit from being a leader rather than a follower in the race to find alternative fuels, said Fung: “They have the industry, the ports and the manufacturers.”

Cleaning up domestic shipping could also help China reach its 2060 net-zero target, Fung added, but said EU and IMO regulations will be a “driving force” in determining the pace of China’s transition.

To produce hydrogen-derived fuels at scale, countries must invest in electrolysers and renewable energy capacity, mainly wind and solar.

“The renewable electricity that you need to produce these fuels is staggering and it simply doesn’t exist currently,” said Lazarro. “The timeline for ramping up production is measured in decades.”

One country that is investing heavily in hydrogen is Australia. It has announced plans to build 40 gigawatts of electrolyser capacity by 2030, much of it near major ports.

“Demand comes before supply. There needs to be demand for investors to put their money towards new fuels and vessels,” said Transport & Environment’s Abbasov. “Nobody is going to invest tens of billions in something that there is no market for.”

Is green shipping on the horizon?

‘Ocean 100’: How a few corporations dominate the ocean economy