Shedao island is only small but it’s home to thousands of pit vipers, a snake that wraps itself around tree branches so that it can ambush small migrating birds.

The island, which lies about 10 kilometres south-west of China’s Liaoning peninsular is less than one square kilometre in size. It became China’s first marine reserve in 1963 to protect the vipers.


This is the second part of an ongoing series on marine protected areas.

Part one: Negotiations start on a high seas treaty

The State Council then expanded it in 1980 to include Laotieshan, a forested mountain area on the nearby mainland that supports egrets, cranes and Mandarin ducks, thereby covering the pit vipers’ entire known habitat. In doing so, the government created a national nature reserve – just the first of several that were approved in the early 1980s.

But the successful protection of the pit viper is not typical. Despite the creation of reserves, conservation in China’s coastal areas has mostly lost out to development. This has resulted in the rapid and severe degradation of ecosystems, even in areas that have some protections in place.

This may be about to change. The new Ministry of Natural Resources, which emerged from the government restructuring in March, has taken on and unified some of the powers from other government bodies. This should address the problem of weak and competing oversight that has hampered conservation.

By 2017, China had designated marine reserves of 124,000 square kilometres – 4.1% of all coastal waters along the country’s 18,000-kilometre coastline. The area is equivalent to half the total land area of the United Kingdom.

Nonetheless, 4.1% is low by international standards. The average for countries that have placed national waters under protection is 14.4%. China is also far from the target set by signatories to the Convention on Biological Diversity in 2010. This called for 10% of national waters to be protected by 2020.

And marine reserves do not guarantee complete protection. Within China’s reserve boundaries, economic development and human activity is restricted and controlled but land reclamation and coastal development have limited the effectiveness of reserves even as they were being created. By 2000, China had lost 53% of its temperate coastal wetlands, 73% of its mangrove forests and 80% of the coral reefs it had in 1950.

Amongst other causes, such losses have resulted from run-off of agricultural fertilisers and seepage of heavy metals that have fouled many river mouths, bays and wetlands.

The future of China’s fishing and aquaculture industries and the direction of its coastal development rests with the new ministry and its ability to deploy effective oversight. In particular, this means using the system of “ecological red lines” that set strict limits on pollution, and which fall under the concept of “ecological civilization”.

As China has adopted wider and more stringent environmental policies, it has protected more areas. 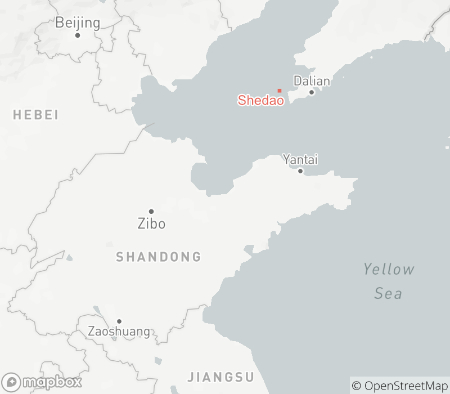 The 1982 Marine Environmental Protection Law provided a legal basis for establishing marine reserves and spurred a wave of new ones over the following 20 years.

Since 2000, the SOA has focused on creating marine special reserves (MSR). These permit limited economic development and are broadly defined to include areas of natural, historical or cultural importance.

Liao Guoxiang, deputy head of the Wetlands Centre at the SOA’s National Marine Environmental Monitoring Centre said marine special reserves permit some economic development in an attempt to balance protection and reasonable use. They can be used in areas earmarked for development.

The first MSR to be set up by a local government was in south-west China’s Fujian province in 2000. SOA, which approves marine special reserves released management regulations in 2010. In contrast, State Council approval is needed for national marine nature reserves, which tend to be larger, more ecologically valuable and have more robust protection.

By 2016, there were around 80 marine special reserves, including marine parks, islands, and oil and gas exploration sites, and 35 national marine nature reserves.

According to research published in Nature in 2014, the most effective marine reserves ban fishing, strictly enforce rules, occupy a minimum of 100 square kilometres, have been in existence for at least a decade, and have natural barriers to human activity. At least three of these factors need to be in place for protection to work.

But only a few of China’s national marine reserves meet that standard. China has focused on creating marine special reserves since 2000 but these are less likely to provide sufficient protections because they permit development.

The International Union for Conservation of Nature has six protected area categories based on different management objectives. China’s marine special reserves generally rank in the lower categories, according to Zhang Yan, the IUCN’s representative in China. Many are Category V, defined as “seascape areas with both tourism and protection functions”. Category VI includes reserves where oil, gas or mineral extraction is permitted.

National marine nature reserves tend to be better managed and protected than MSRs, with more robust rules and a dedicated management body. This is because they are approved by the State Council, a higher authority than the SOA.

However, the weak protection for China’s marine reserves is also partly due to divided management and oversight because they are split across different government departments.

There are lower categories of reserves approved and overseen by many other agencies, such as the Ministry of Agriculture’s “marine product genetic resource reserves”; the forestry authorities wetland reserves; and those run by the Ministry of Ecology and Environment.

This makes it harder for a single department to establish a large reserve and leads to competition between departments and a proliferation of managers. For example, the Yancheng Red-crowned Crane Nature Reserve in Jiangsu province is managed by the environmental authorities but overlaps with a deer reserve managed by the forestry authorities.

Some marine special reserves hold special scenic area status and are overseen and funded by both the marine and tourism authorities.

The IUCN favours having one government body to manage all activity within a single reserve and conduct consultations with local stakeholders when a reserve is planned.

Economic development in China over the past four decades has brought huge changes that have wreaked havoc on coastal environments, while weak management of marine reserves exacerbated their impact.

Since 1949, there have been three waves of land reclamation: to build large salt evaporation ponds in the early years of the People’s Republic; to create farmland in the 60s and 70s; and to expand aquaculture and in the ‘80s and ‘90s.

Economic growth moved even faster from 2000, driven by foreign investment in export industries; more coastal lands were reclaimed for ports and industrial and economic zones.

Development and protection were in competition. From 2005 to 2012 nine coastal or marine reserves shrunk by a total of 5,756.77 square kilometres – including the Shedao and Laotieshan national reserve and Yancheng national reserve.

To rein in excessive coastal development, the State Council published a notice on July 25, 2018 on stricter management of reserves and controls on land reclamation.

“The rapid loss of large stretches of natural coastline and shallows and intense fishing in shallow waters have reduced coastal biodiversity,” said Zeng Jiangning, a researcher with the SOA’s No.2 Ocean Institute.

A new approach based on “red lining” sensitive areas promises to improve environmental protection. Marine ecological red lines have been trialled since 2012 under State Council supervision in Liaoning, Shandong, Hebei and Tianjin, which all border the Bohai Sea.

In 2016, the SOA built on those trials with a document on the full implementation of the red line system that will roll them out nationwide.

Ecological red lines were first proposed in 2011 but it was not until February 2017 that the Central Committee and State Council published enforcement guidelines. By making local party committees and government responsible for observing the red lines, it finally became a policy with binding force.

Creating marine red lines rescued certain ecosystems, according to Wang Yamin, a professor at the Marine College at Shandong University’s Weihai campus. “It takes 10 years to get a national marine reserve set up,” he said. “That would be too late.”

Red line areas can ban or limit development. Marine reserves will ban development; areas which are not yet protected but are worth protecting will see development limited – for example key fishing grounds, coastal wetlands, or areas supporting rare animals.

Produced using 2017 data from the government of Liaoning

Liao Guoxiang said “the area of China’s protected waters is set to increase significantly”, if all the red line areas are taken into account.

However, there is still no legislative basis for how red lines should be set. And vague language such as “limiting development” may not provide effective protection.

Unified management is on the way. Reforms to China’s ministerial structure published in March 2018 will see the National Forestry and Grasslands Bureau within the new Ministry of Natural Resources take over running nature reserves, scenic areas, natural heritage sites and geoparks that are currently divided between the SOA, Ministry of Land and Resources, Ministry of Water Resources and the Ministry of Agriculture.

It will solve a major long-running problem as part of the drive for “ecological civilisation.”

But ministerial reforms are only the beginning. Some tasks will have to wait until sub-ministerial functions and structures have been finalised, and those follow-up changes will also impact on how effective China’s nature reserves are.

For example, prior to the reforms the Ministry of Environmental Protection would carry out annual checks on all nature reserves nationwide and publish a report on its findings. Now, all reserves are managed by the Ministry of Natural Resources – and it is not yet known if it will continue this practice.

The rapid increase in the number of marine reserves also presents challenges, as does consolidating different local rules on management of reserves into a single system.

“Some types of marine reserves, such as fishery reserves, have been in place for decades and a lot of experience has been accumulated. Are the fishery authorities going to pass all that accumulated experience onto a body that previously only managed reserves on land?” asked Xue Guifang, a professor to the University of Shanghai’s Koguan School of Law and an expert on marine law.

Xue believes conflicts will arise as ministerial powers shift during the transition period, but the trend toward tougher marine protection is clear.

Our thanks to the Crossborder Environment Concern Association for their assistance with this article.