Home to some of the world’s most biodiverse areas, Chile, Argentina and Uruguay are stepping up the protection of millions of square kilometres of ocean.

The move is part of a global target to safeguard at least 10% of the world’s marine and coastal areas by 2020.

Marine protected areas (MPAs) – stretches of water managed for conservation – are rising and now cover 8.4% of Latin America’s oceanic territory. Argentina, Chile, Uruguay, which along with Paraguay comprise the Southern Cone, are largely responsible for the increase. 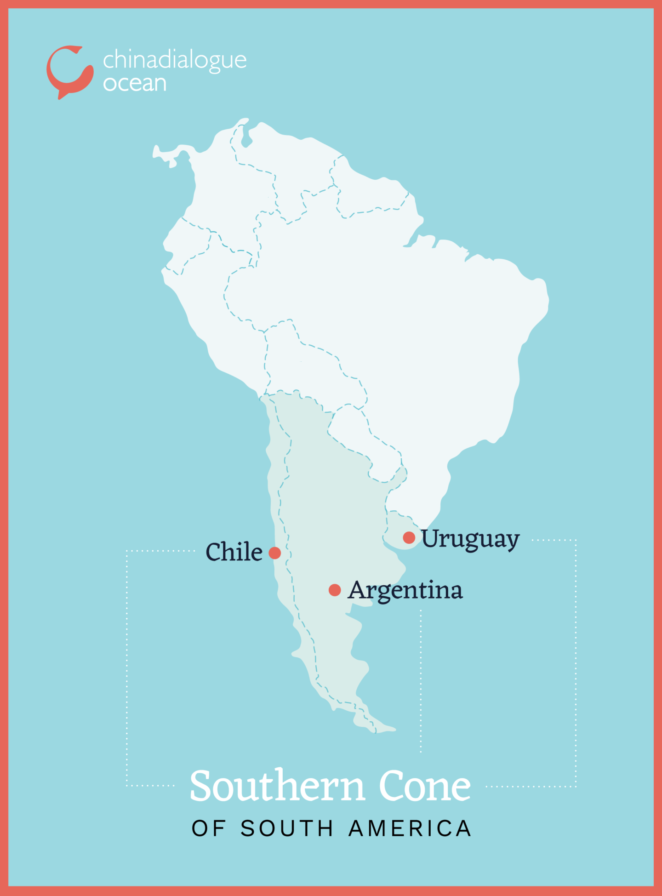 Ocean health is critical to all life on the planet. Phytoplankton, the microscopic plants found in the sunlit area of almost all oceans, generates about half of the Earth’s oxygen. But the oceans are in decline, largely because of human activity. MPAs are seen as a key tool to safeguarding the health of the oceans and tackling the impacts of overfishing, pollution and acidification. They can bring both ecological benefits and economic gains.

“Development, population expansion and climate change, among other factors, affect biodiversity and the systems on which biodiversity relies. Part of the impact is solved with MPAs, which help to restock the affected areas,” said Claudio Campagna, head of the Forum for the Conservation of the Patagonian Sea.

Marine reserves – the strictest form of MPA – in which all mining, dredging and fishing is prohibited, can restore ocean health by protecting biodiversity, enhancing ecosystem resilience, supporting fisheries productivity and safeguarding cultural traditions tied to the seas. 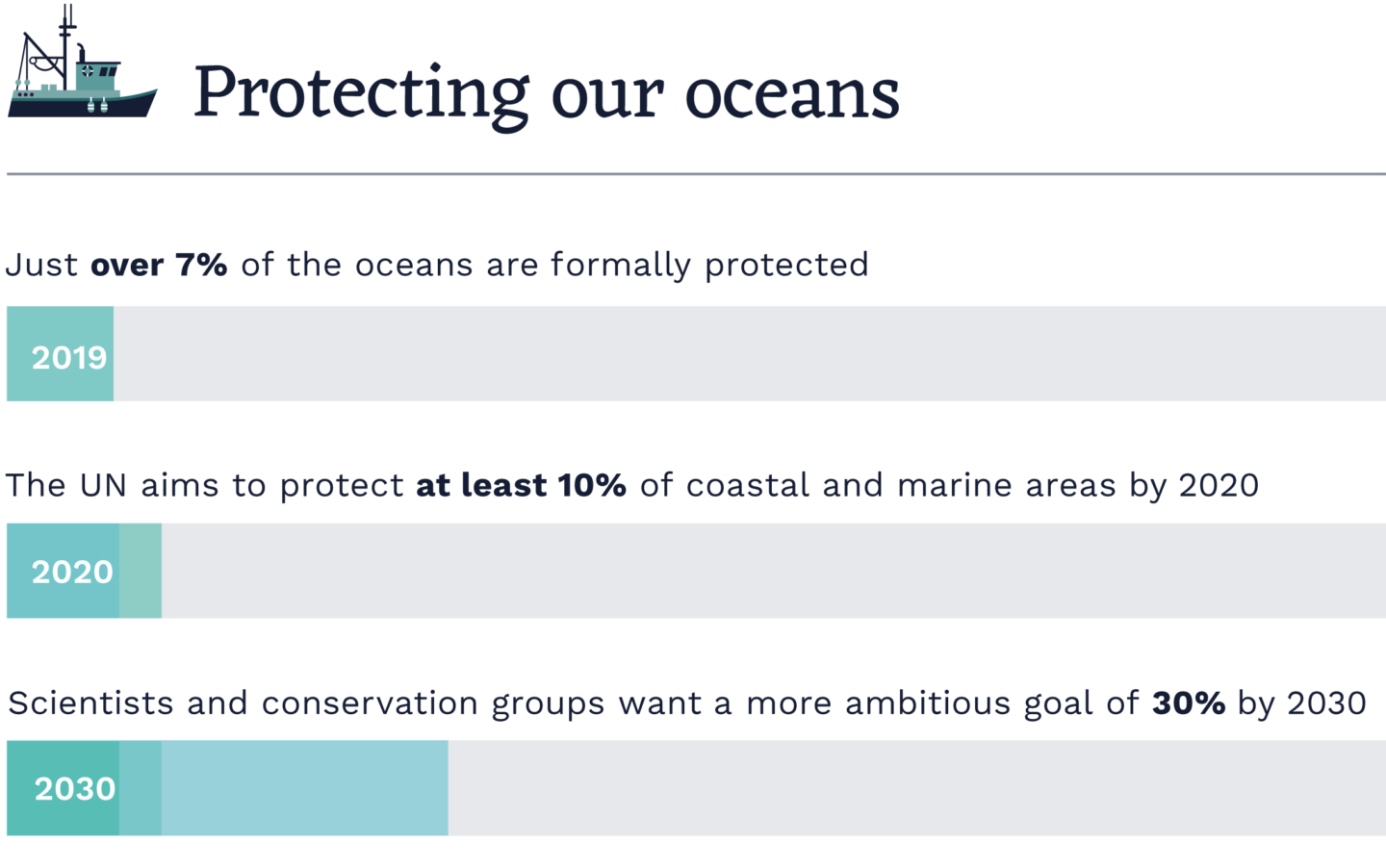 Effectively placed MPAs have been shown to increase fish biomass and offer a path to recovery for predatory species such as sharks. A study in Ecuador’s Galapagos Islands, for example, found that waters surrounding an MPA supported higher catches.

MPAs can lead to economic growth through tourism. In Chile, the government created a plan in 2014 to promote sustainable tourism in them. 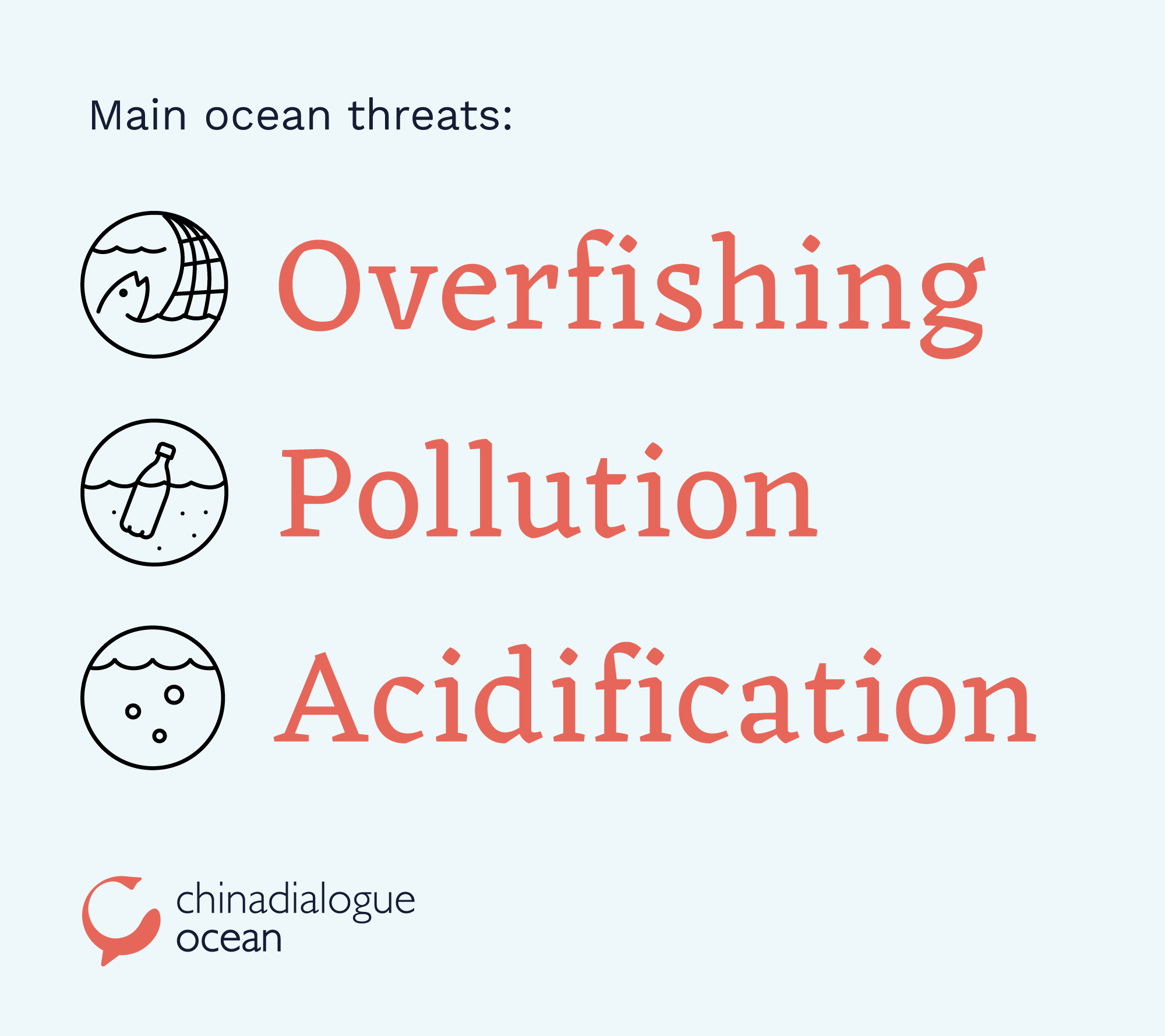 Partly thanks to these efforts, the number of visitors nationwide reached three million, an 88% increase compared to 2007.

MPAs also help improve biodiversity, genetic diversity, carbon sequestration and even enhance the absorption of carbon dioxide. They can lead to more resilient ecosystems and in turn help secure the wellbeing of societies that depend on healthy oceans.

“As was the case with forests decades ago, people have realised that the oceans aren’t a never-ending source of resources and that the pressure put on them are starting to show its effects,” said Germán Pale, coordinator of the MPAs programme at Vida Silvestre NGO. “MPAs expanded as a way to conserve resources for future generations.”

One of the world leaders in MPAs, 1.5 million square kilometres of its marine territory is covered, according to protectedplanet.net (although the Atlas of Marine Protection puts the figure more conservatively at 943,414).

At that time, Chile was starting to feel the pressure of overfishing, with diminished resources following decades of unregulated activity. The government saw MPAs as a way to recover fish stocks and started working with scientists, communities and NGOs to quickly expand the protected territories.

“This isn’t something that was done from a specific organisation or from the state. Without the involvement of the communities, the marine protected areas would have failed,” said Liesbeth van der Meer, executive director of Oceana.

The country has various types of MPAs, most of which ban all activities except scientific research. Only one allows sustainable forms of tourism and fishing. All are managed by the environment ministry and protected by Chile’s navy.

The largest, of more than 720,000 square kilometres, is the Rapa Nui MPA, around Easter Island, where industrial fishing and mining is prohibited but traditional fishing continues. It is one of the few MPAs in the world in which indigenous people voted to establish the boundaries and level of protection.

The Juan Fernández Islands rank second, at 261,598 square kilometres, and with complete protection from all activities.

The Diego Ramírez Island reserve, home to some of the last intact ecosystems outside the Antarctic region, follows in third place, with an area of 55,600 square kilometres at Chile’s southernmost point.

“A few years back, Chileans considered the sea just a synonym for the beach. Nobody looked beyond that. This has now changed, and people relate differently with the marine resources,” said Alex Muñoz, head of National Geographic’s Pristine Seas initiative.

Nevertheless, challenges remain. Most of the MPAs are offshore, with only 1-2% located near the coast. Experts agree the upcoming task will be to identify valuable areas and to work with communities, while seeking not to affect artisanal fishermen.

Argentina has recently taken significant steps to expand its network of MPAs, now representing 9.5% of its marine territory and on the verge of fulfilling the UN’s 2020 goal.

Until last year, less than 3% of the country’s marine territory was protected. These MPAs were small and coastal. The only protected oceanic area was Namuncurá/Banco Burdwood, created in 2013.

In December 2018, the Senate passed a bill to triple the safeguarded marine territory by creating two new MPAs: Namuncurá/Banco Burdwood II and Yaganes, both located in Argentina’s exclusive waters.

“The protected areas came after long-term work with many actors of society. We identified nine large zones that should be protected to guarantee the functioning of the ecosystems. The new MPAs are part of that area,” said Pale.

Yaganes covers almost 69,000 square kilometres and will be divided into three zones, prohibiting all activities except scientific research on the seabed and allowing fishing only in the area closer to the land.

Namuncurá covers over 32,000 square kilometres and will be divided into two zones. In the west, sustainable fishing will be allowed, while in the east, all activities will be banned except scientific research.

The law that created the new MPAs also put them under the authority of the National Parks Administration, where previously they had not been managed by a dedicated body. The move gave the state more control and sovereignty over the MPAs, with enforcement carried out by the navy.

“The fact that we now have a body in charge of managing MPAs ensures that proper controls will be done to avoid illegal fishing and extractive activities, while opening the door to creating new protected areas,” Milko Schvartzman, a marine conservation expert, said.

Just across the Río de la Plata, Uruguay could soon follow Argentina in expanding its network of MPAs after a campaign by local environmental organisations.

The country now has eight marine protected territories, representing less than 1% of its waters. They are managed by a National System of Protected Areas, which is part of the housing, territory and environment ministry.

All its MPAs are either coastal or inland. NGOs argue that they are not representative of the country’s marine ecosystem and are proposing the creation of a set of offshore marine reserves.

“The current areas don’t even have a consolidated work plan, with no involvement from communities,” said Rodrigo García Pingaro, founder of the NGO Oceanosanos. “If we move forward with the new offshore MPAs, we would be covering 18% of Uruguay’s exclusive economic zone.”

Enric Sala: ‘We cannot continue just writing the obituary of the ocean’

How Latin America is leading the way for marine protection