Covering 70% of the planet’s surface, the ocean is a source of astounding biodiversity. The vast ecosystem also enables economic growth through fisheries, shipping, mining and a fleet of other industries. But its role as an economic powerhouse has often been at odds with protection of the organisms it contains.

The ocean delivers as much as $2.5 trillion to global GDP each year; if it were a country it would be the seventh-largest economy in the world. However, the extractive and polluting approach behind most marine economic activity degrades the ocean on which it depends. Rising species loss and warming waters in themselves threaten economic growth. The deterioration has overarching consequences for food security, human health and the ocean’s critical role as a carbon sink.

To change this, many are putting their faith in an idea known as the “blue economy.”

No healthy economy without a healthy ocean

There is no universally accepted definition of blue economy. Some plainly take it to mean ocean-related industries as a whole. The World Bank describes it much more specifically, as “the sustainable use of ocean resources for economic growth, improved livelihoods, and jobs while preserving the health of the ocean ecosystem.”

Jason Scorse, the director of the Center for the Blue Economy at the Middlebury Institute of International Studies, believes that to force change, the blue economy needs to adopt the sustainability-focused definition.

“Many leading organisations are really trying to push the notion that this is a narrower subset of future industries that are going to be climate-friendly and help the ocean regenerate and heal.”

The concept has its roots in environmental stewardship, which some indigenous communities have practised for centuries to maintain the balance of the environment they live in and depend on. The idea leverages the economy as a tool to achieve this goal, seeing job creation, climate mitigation, social inclusion and biodiversity protection as objectives that can be achieved together and interdependently.

The aim is also built on clear synergies between economies and sustainability. It’s calculated that while the marine economy generates about US$2.5 trillion annually, the socioeconomic costs of mismanagement, caused by overfishing and pollution for instance, make its real value more like US$1 trillion.

On the other hand, according to the High Level Panel for a Sustainable Ocean Economy – a group of 14 world leaders pushing for sustainability in the marine economy – a sustainably managed ocean could generate greater economic returns, produce six times more food through better-managed stocks, and create 12 million more jobs.

It could also contribute to 21% of the emissions reduction we need to cap global warming at 1.5C by 2050, finds the panel. This would be done by expanding wind and wave energy, ramping up the protection of coastal and marine ecosystems, and increasing carbon storage in the seabed among other marine activities.

Ultimately, the blue economy concept recognises that a healthy ocean underpins a healthy economy, and that therefore the two must be integrated.

Putting principle into practice: What are the blue economy sectors?

For the blue economy to be a true force for good, it’s important to acknowledge the difference between the business-as-usual marine industries and those that are actively working towards sustainability, Scorse says. 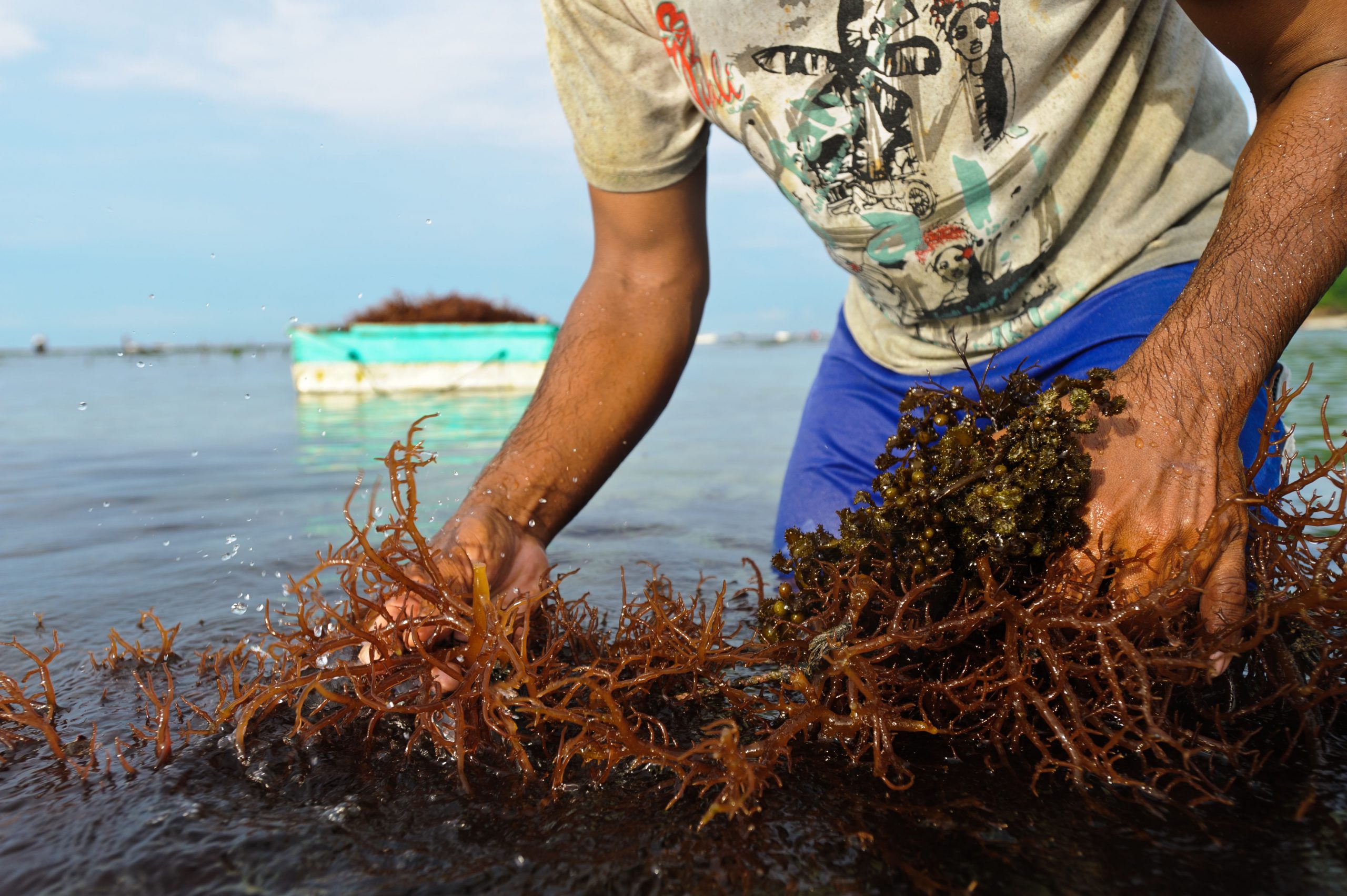 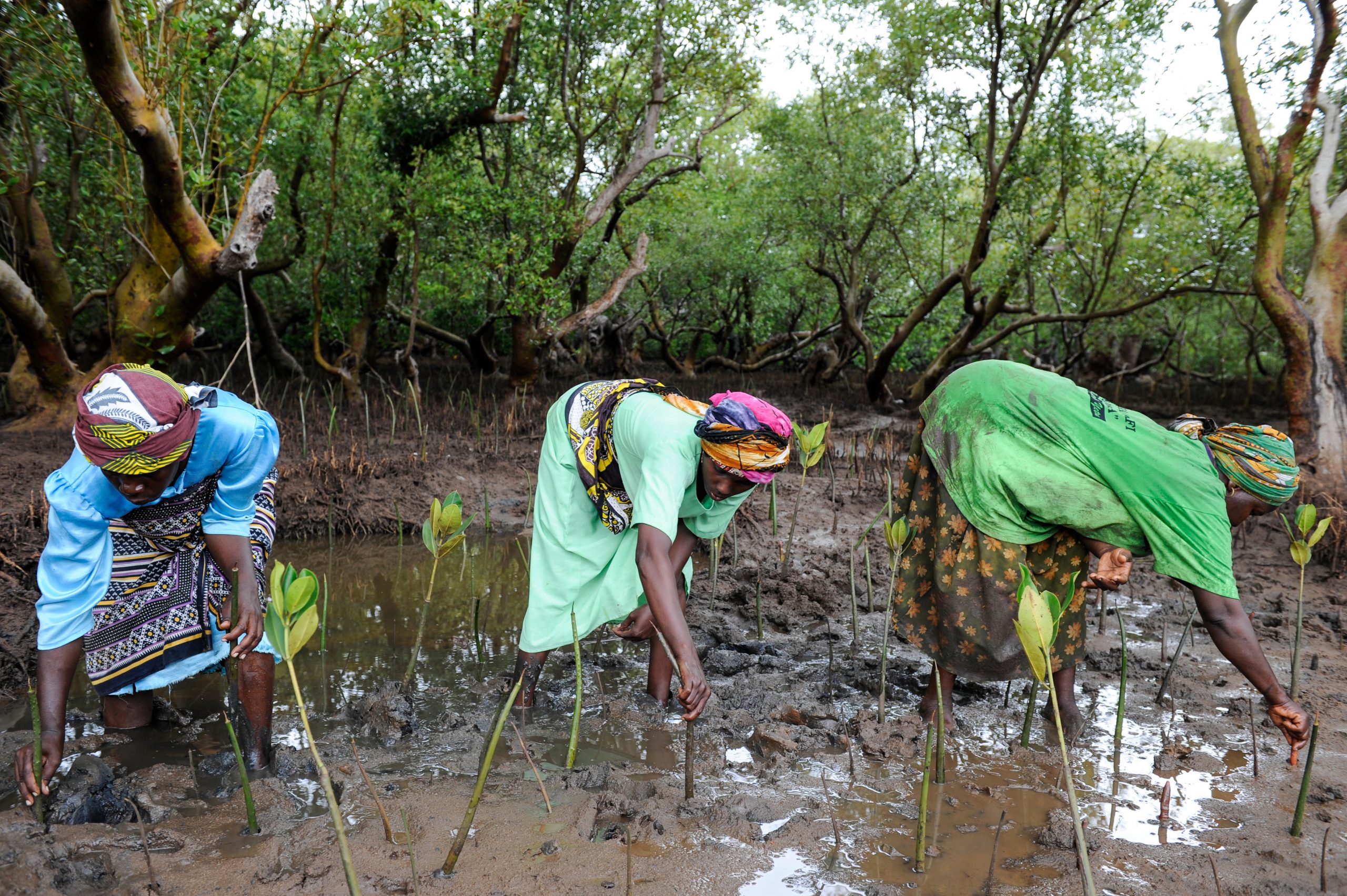 For instance, to be counted as part of the blue economy, it’s not enough for an industry to simply reduce its harms by cutting emissions or reducing bycatch, he explains. At a minimum it must use resources sustainably and ideally it should help regenerate marine habitats.

This would put oil and gas extraction firmly outside the blue economy, whereas the offshore wind and wave energy sector is part of it. Conventional shipping contributes 2.5% of global emissions, but initiatives to decarbonise it using greener fuels are attempting to move the industry closer to the blue economy.

Commercial fisheries that operate without harmful economic subsidies, reduce the impact of fishing gear – such as by attaching lights to gillnets to reduce bycatch – and adopt fishing habits that allow stocks to replenish – by for example restricting fishing in spawning grounds – are also moving in the right direction, Scorse says.

Sustainable shellfish and seaweed aquaculture is a promising blue economy candidate. Scorse says the industry can generate significant amounts of food and jobs, as the longstanding seaweed farming projects in China, Indonesia and Japan have been doing for decades – while potentially creating coastal habitats and mitigating climate change.

Conservation, meanwhile, is also taking strides into the blue economy as new revenue streams emerge from habitat protection. This is crucial because some traditional ocean conservation has come at the cost of income and livelihoods. But rooting it in blue economy principles could change that.

Blue carbon is the carbon stored in the ocean, and blue carbon projects seek to sell this in the form of “credits” to buyers, such as enterprises that want to offset their emissions. The IPCC (Intergovernmental Panel on Climate Change) has so far only recognised mangrove swamps, seagrass meadows and salt marshes as suitable for management and trading.

Scorse highlights other nascent industries, such as cultivated seafood – also known as cell-based, lab-grown seafood – that could help to take pressure off wild fish populations. Additionally, there’s a movement to replace “grey infrastructure” like sea walls with living shorelines that enable new habitats and enhance coastal resilience, creating new jobs at the same time. “I think this is going to be a huge growth industry in the coming decades,” Scorse says.

Aside from growing this sector, another challenge will be to make a just transition into it: growing markets for aquaculture shouldn’t leave traditional fishers jobless in the future, for example. Another hurdle is funding; many blue economy initiatives, such as habitat restoration, may require significant capital to become established before they can start generating returns.

On these fronts, momentum is building – starting with several nations having formally committed to the principles of a global blue economy. The world leaders who formed The High Level Panel for a Sustainable Ocean Economy in 2018 have pledged to sustainably manage 100% of their national waters by 2025 and increase economic growth, boost climate resilience and enhance marine protection. Now the panel has 17 members, with the US, UK and France signing up in the last 12 months.

The Seychelles, US and European Union have also been showing ambition independently with new blueprints for economic activities in their waters.

The goal is one day, for the ocean economy and the blue economy to be the same thing

Jason Scorse, director of the Center for the Blue Economy, Middlebury Institute of International Studies

Financing initiatives, such as the World Bank’s multi-donor trust fund Problue, have helped dozens of blue economy projects to get off the ground. Meanwhile, the Seychelles, Belize and China rely on new mechanisms such as blue bonds to raise finance for ocean projects. Several countries have also launched “debt-for-nature swaps”, which allow the cancellation of some foreign debt in exchange for national investments in sustainable blue economy projects.

These are just a few of the steps needed to transition to the blue economy, which will be an enormous challenge. But the potential benefits for our marine ecosystems, our economies and our climate make it a critical one to achieve, advocates believe.

“The goal is one day, for the ocean economy and the blue economy to be the same thing,” Scorse says.