CITES is an agreement regulating the international trade in certain species of wild animal and plant. It is thanks to CITES that international commercial trade in many high-profile wildlife products – such as big cat skins, elephant ivory and rhino horn – is banned.

CITES (or the Convention on International Trade in Endangered Species of Wild Fauna and Flora) came into effect in 1975, with 10 signatory states (or parties). Since then, almost every country in the world has signed up, plus the European Union. CITES currently has 184 parties.

When and where will CITES CoP19 be held?

The 19th Conference of the Parties to CITES – or CoP19 – will be held in Panama City between 14 and 25 November 2022. Meetings of the convention’s Standing Committee will happen immediately before and after CoP19, also in Panama City.

What are the CITES appendices?

CITES works by listing species of wild plant and animal on one of three appendices. Appendix I is meant for those species which are threatened with extinction, and where trade is a current or potential threat to their continued existence. Any international movement of these species – or products made from them – requires permits from both the exporting and importing country. International trade for commercial purposes is not allowed. There are currently 1,082 plant and animal species on Appendix I.

Appendix II is intended for species which may not be currently threatened with extinction, but could become so if trade is not regulated. In practice, Appendix II includes many highly endangered species. By far the biggest CITES appendix, it includes 37,420 species (most of them plants). International commercial trade in these species is allowed under CITES, but requires a permit from the exporting country, after determining that the export will not harm the survival of the species, and that the specimen has been obtained legally. Permits are required from the importing country if the specimen is taken from the high seas, outside national jurisdiction.

Appendix III is used when a specific country wants to regulate trade in a given species. Whereas additions to Appendix I and II require the agreement of two-thirds of the CoP, a country can add species to Appendix III unilaterally. Export permits are then required for that species to be exported from the country.

The vast majority of wild animals and plant species – including many which are threatened – are not listed on any of the CITES appendices.

What is the CITES CoP for?

At CoPs, member states convene to decide on changes to the appendices, and to review how the CITES convention is being implemented.

Decisions and resolutions are adopted and amended. These guide the parties and the CITES Secretariat in implementing the convention on a day-to-day basis. Decisions may include the commission of studies and reviews into the trade and conservation status of various wildlife species.

What happens if a country doesn’t follow CITES rules?

The convention text requires parties to “take appropriate measures” to enforce the convention and to “prohibit trade in specimens in violation thereof”. These measures include having domestic laws to implement the convention, seizing illegally traded wildlife and punishing illegal trade, or trafficking, of CITES-listed wildlife.

If a country is found to be consistently failing to abide by CITES rules, a recommendation may be issued to other parties to suspend trade with that country of some or all CITES-listed species – in effect a trade sanction.

What marine species are on the agenda at CITES CoP19?

Together, 15 Asian, African and European countries have submitted a proposal to add all species in the family Carcharhinidae – commonly known as requiem sharks – to CITES Appendix II at CoP19. This family includes many well-known shark species of warmer waters, such as the bull shark, blue shark and reef sharks. 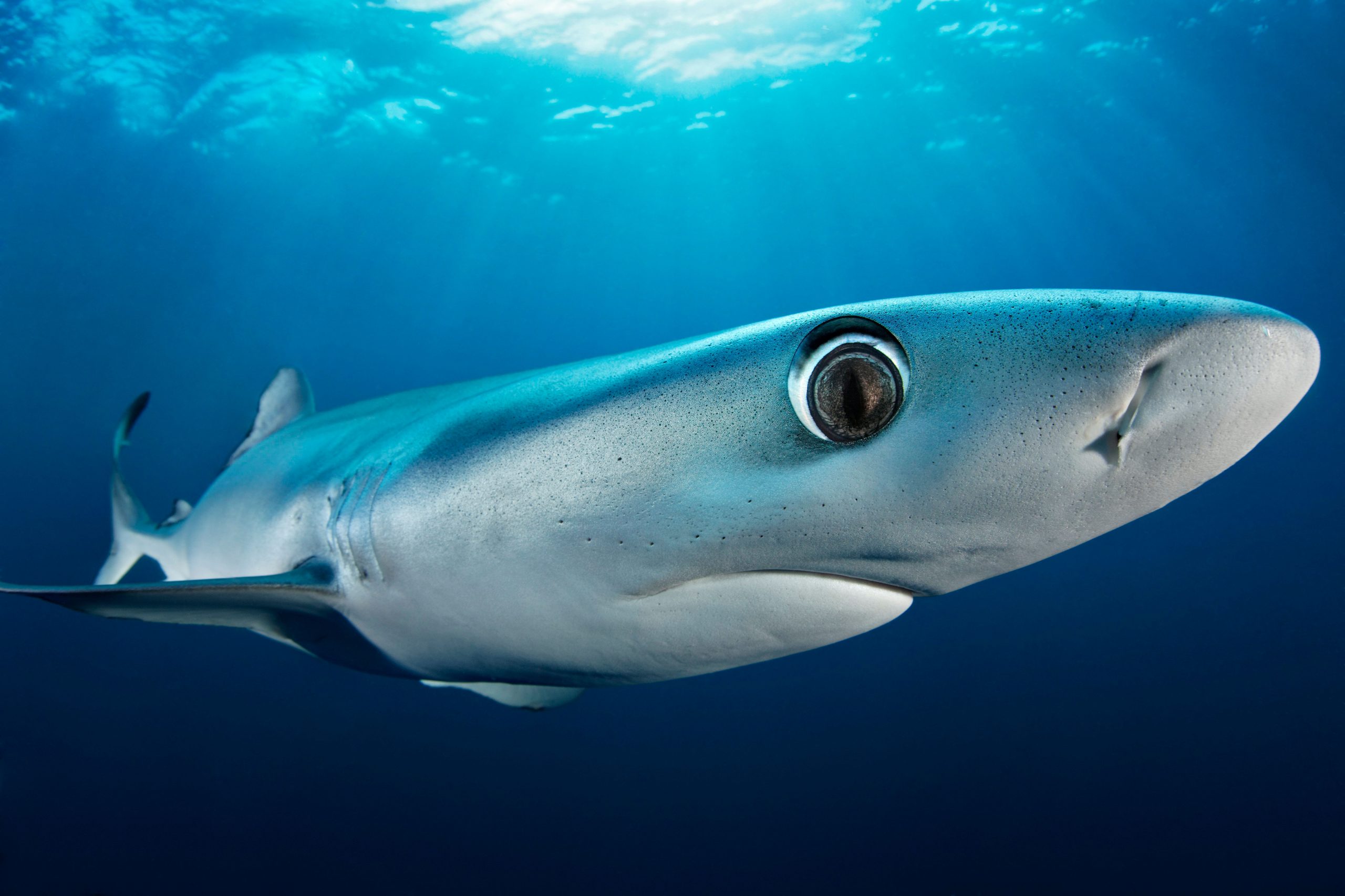 It notes that this family of sharks represent the majority of the global trade in shark fins – as much as 85.5% of all fins on sale in major shark fin markets. The proposal then argues that trade in all species in the family needs to be regulated, because other species so closely resemble the 19 endangered ones that regulating trade in only some would be impossible in practice.

In its assessment of listing proposals brought to CoP19, the CITES Secretariat agrees with the justifications given in the proposal, and recommends its adoption at CoP19. It is likely to be opposed by Japan and other CITES parties that have consistently argued against protections of marine species under CITES. To be adopted, listing proposals require support from two-thirds of parties present at the CoP (discounting those which abstain).

Brazil, Colombia, Ecuador, Panama and the European Union have jointly proposed the inclusion of hammerhead sharks (the family Sphyrnidae) in CITES Appendix II. Of the nine species in the family, five are considered critically endangered. Three of the largest hammerhead shark species are already included in Appendix II.

This proposal focuses on one species, the bonnethead shark, which occurs in warm coastal warm waters of North, Central and South America. In 2020, the species was classified as endangered, having suffered serious population declines and extinctions across parts of its range. The proposal notes that the species appears in the global shark fin trade, including markets in Hong Kong.

As with requiem sharks, the proposal covers all species in the family, arguing that because the fins of different hammerhead shark species are so difficult to distinguish, all species need to be covered by regulation for it to be effective, and to ensure trade does not push the most threatened species closer to extinction. The listing of all hammerhead shark species was also recommended in a review produced by WWF and TRAFFIC for the CITES Animals Committee in 2018; the proposal has received the support of the CITES Secretariat.

The family Rhinobatidae – guitarfishes – includes 37 species of long-tailed rays that live in mostly warm coastal waters around the Indian, Atlantic and Pacific oceans. Two-thirds of guitarfish species are assessed as critically endangered, endangered or vulnerable to extinction by the IUCN. A proposal from Israel, Kenya, Panama and Senegal asks CITES CoP19 to list the whole family on Appendix II. None are currently protected by CITES regulations. 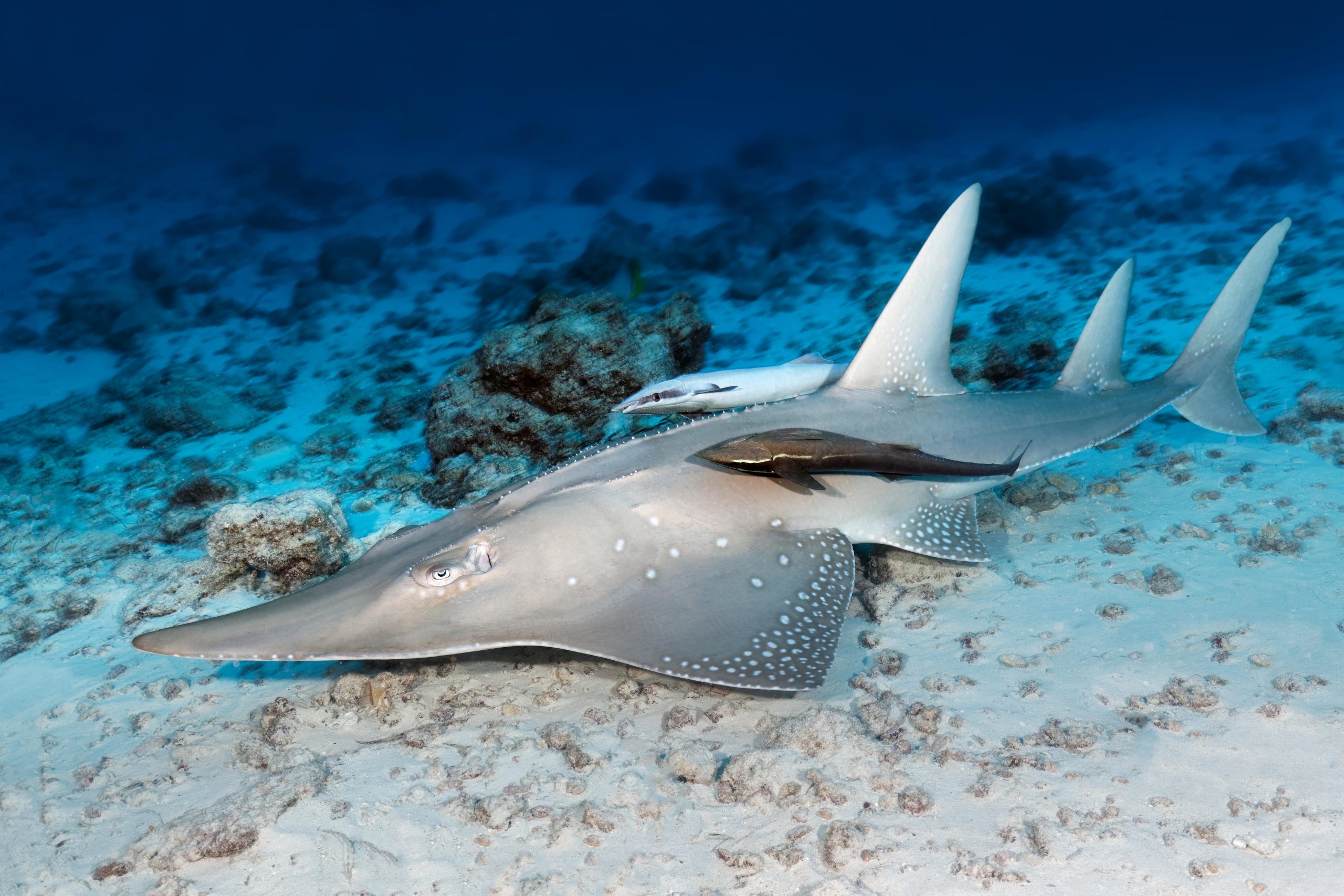 The IUCN have assessed the common guitarfish, seen here at the Great Barrier Reef, as critically endangered (Image: Alamy)

The proposal focuses on six critically endangered species of guitarfish, but once again urges listing of the whole family due to the difficulty of telling species apart. The proposal highlights that guitarfishes are caught for their meat, skins and fins, and that guitarfishes breed slowly, making them vulnerable to overfishing. The CITES Secretariat is supporting the proposal, despite stating there is limited evidence that guitarfishes are threatened by international trade, noting a long-standing resolution that “in case of uncertainty regarding the status of a species or impact of trade… [CITES parties] shall act in the best interest of the conservation of the species” – that is, to err on the side of regulation.

The European Union, Seychelles and US have proposed the inclusion of three species of sea cucumber, of the genus Thelenota, in CITES Appendix II. Sea cucumbers are marine animals, distantly related to sea stars and sea urchins, which feed on organic detritus on the ocean floor. There are approximately 1,250 known species. Many are consumed as food, particularly in China.

Sea cucumbers received CITES protections for the first time at CoP18 in 2019, when three species of the genus Holothuria were added to Appendix II. The listing did not receive universal support – China spoke against it during debate, and Japan subsequently entered a reservation for one of the species, which means the country refuses to implement the listing. 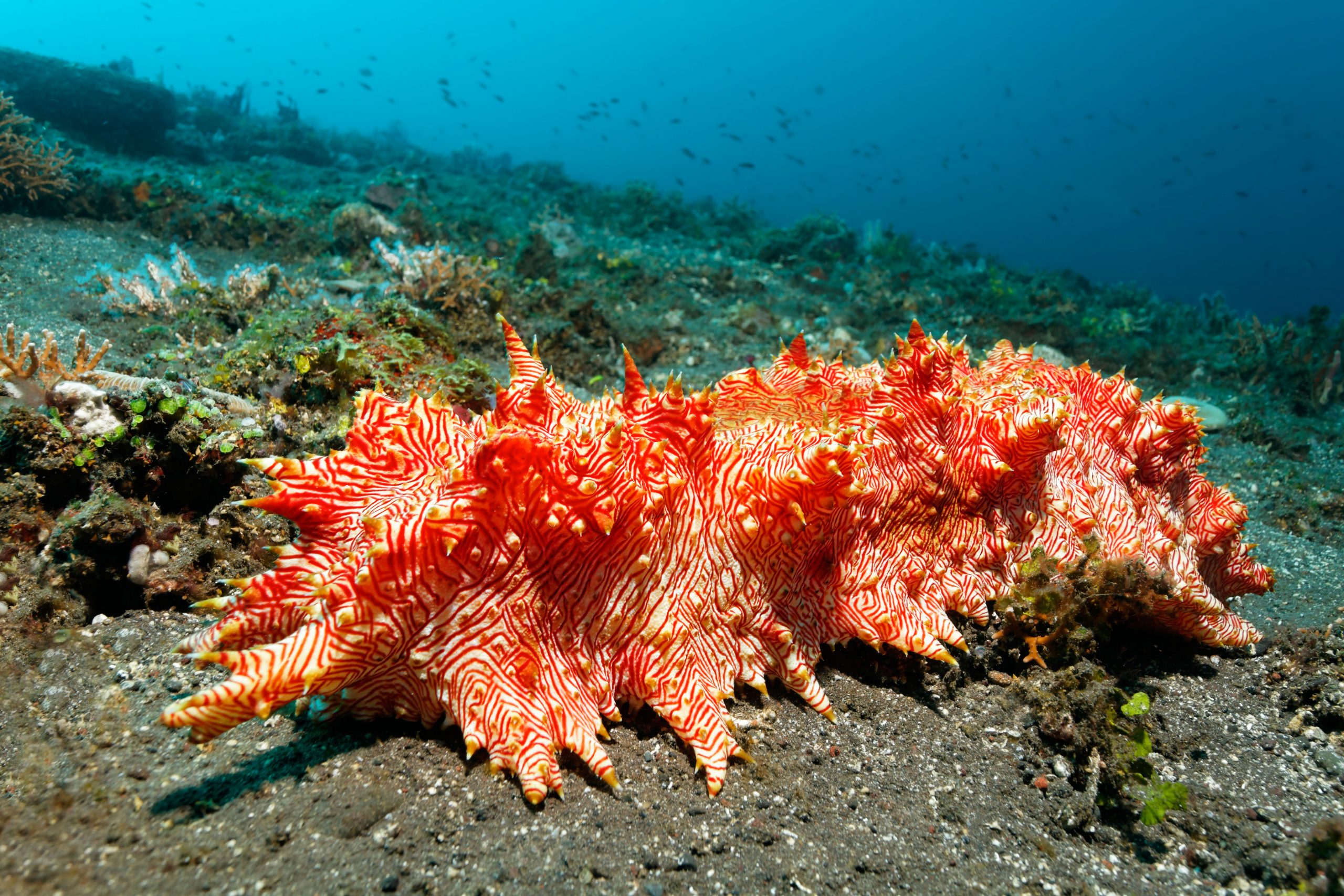 This proposal emphasises that one Thelenota species is endangered thanks to overfishing, and the other two are considered “data deficient” by the IUCN, though “relatively uncommon” and “rare” respectively across their range. All three species, which live in coastal waters of the Indian and western Pacific oceans, are harvested for food, and traded internationally. The main import markets for the species include China and Singapore, with Hong Kong a major trade hub. The proponents say that regulating this trade via an Appendix II listing would ensure its sustainability, so it can continue to support the livelihoods of fishers.

This proposal is likely to trigger debate at CoP19. According to the proposal, Iran, Senegal and Sudan have already expressed their support. The CITES Secretariat is supporting an Appendix II listing for only two of the three species of Thelenota sea cucumber.

What other ocean topics will be discussed at CITES CoP19?

Discussions on which species to add or remove from the CITES appendices are not the only things that happen at a CoP. While proposals are being debated in one session, another is held concurrently at which countries discuss a wide range of other agenda items – from the financing and administration of the convention, to reviewing how well CITES is being implemented with respect to certain species.

One item likely to attract attention is on trade in the totoaba – a fish species endemic to the Gulf of California in Mexico, whose swim bladder is in high demand in parts of China despite international trade being illegal. Illegal fishing for the totoaba has led to the near extinction of the vaquita, the world’s smallest porpoise, which shares its habitat. CITES CoP19 will consider recommendations directed primarily at Mexico to better tackle this illegal fishing and trade, which action to date has proven unable to stop.

At a meeting of the CITES Standing Committee just before CoP19 opens, the Secretariat will also report on a visit to Earth Ocean Farms, a facility which earlier this year was controversially given the green light to export the meat of captive-bred totoaba. Many conservationists say this move will make it harder to tackle illegal trade in totoaba swim bladders. Earth Ocean Farms has promised to destroy the swim bladders of the totoaba it raises. The CITES Secretariat has reported that when it visited the facility in June, a “substantial” stockpile of swim bladders held at the company had not yet been destroyed; an update from Mexico is requested in Panama.

Other matters discussed will include recommendations for governments in implementing CITES listings for sharks and rays; a new draft resolution on improving protections for marine turtles against ongoing illegal trade; and recommendations to improve regulation of trade in seahorses, which are all listed on CITES Appendix II but continue to be heavily impacted by trafficking.