In December 2020, 14 nations, which together oversee 30% of the ocean area covered by exclusive economic zones (EEZs), committed to managing their waters 100% sustainably by 2025. The ambitious plan, which followed a two-year, science-based review of ocean threats and opportunities, set out a blueprint for marine restoration in a way that would provide more food and jobs, benefit maritime economies and help to mitigate climate change.

On 11 February, France, which has the largest EEZ of any nation, became the latest to sign what is known as the High Level Panel for a Sustainable Ocean Economy. France’s participation takes the coalition’s footprint to 42% of the world’s EEZ area, 46% of the world’s coastlines, 25% of its fisheries, and 20% of its shipping fleet.

A mix of wealthy and developing coastal countries, the original signatory states were Australia, Canada, Chile, Fiji, Ghana, Indonesia, Jamaica, Japan, Kenya, Mexico, Namibia, Portugal, Norway and Palau. The US signed up in November at the COP26 climate conference in Glasgow, committing to 100% sustainable management of its jurisdictional waters by 2030. Now that France has also committed, signing to the earlier target of 2025, the pledge includes the two nations with the world’s largest EEZs. Much like the Paris Agreement on climate change, the commitments of the High Level Panel are nation-specific, voluntary and non-binding.

Signatories have yet to reveal the details of their management plans, but they are expected to be as much about economic development as conservation. Norway, for example, is currently investing in its offshore oil and gas industry and has plans to expand salmon aquaculture five-fold by 2050, a plan that will see around 5 billion fish farmed annually along its western coast. How Norway will mitigate the environmental damage from the growth of its maritime industries and achieve sustainability is as yet unclear.

“In Norway, there is a process for sustainable ocean management. But there are the challenges, for getting incentives for offshore wind and disincentives for oil and gas, for instance,” says Peter Haugen, the programme director at the Institute of Marine Research in Bergen, and chair of the High-Level Panel’s Expert Group. “Should we allow deep-sea mineral exploitation in areas where we allow fisheries? Are we doing enough to minimise plastics from fisheries? These discussions are ongoing, but much has yet to be decided. It’s going to be gradual with Norway,” he says.

Meanwhile, nations such as Ghana and Mexico are struggling with severely depleted fish stocks and are fighting a growing battle against illegal fishing. While they have joined the pledge, they currently have few resources for monitoring their waters or enforcing protective measures. “A major challenge here in Mexico, on any of the commitments to the ocean panel, is the lack of funding,” says Renata Terrazas, vice-president of the non-profit Oceana in Mexico. “Right now, in this administration, environment has not been a priority,” she says, adding that the government has recently cut the environment budget and did not provide a Covid-stimulus package to industry, which was hoped would form part of a “blue recovery” effort jumpstarting ailing economies.

France’s High Level Panel pledge came during the One Ocean Summit in Brest, from 9–11 February. Several other high-profile announcements were also made at the conference, including the forming of a European-led coalition to protect the high seas; measures to fight illegal fishing; UNESCO’s plans for “ocean education” in all UN countries by 2025; green shipping and ports initiatives, and 4 billion euros (US$4.5 billion) of European bank finance to clean up marine plastic pollution.

With 97% of its EEZ located overseas, some experts say France’s greatest challenge in meeting its commitment will be controlling these remote waters. “France is present in every ocean on the planet, from the tropics to the poles. The problem is that France does not have full authority over all these waters; some territories have their own governments, they have their own parliament – like in French Polynesia or New Caledonia – with the authority to manage their EEZ,” says Jérôme Petite, who directs the Pew Bertarelli Ocean Legacy Project in French Polynesia.

Petite estimates that around 70% of French waters are managed by overseas authorities. “It’s always a collaboration between the French government and the territories. It’s always a dialogue,” he says. Currently, France gives around 2 billion euros (US$2.3 billion) a year to French Polynesia, for example, a payment that is seen as recompense for nuclear testing on the islands in the 1960s and 1970s. It is generally used to fund projects of mutual interest but one possibility is that it could finance ocean management goals.

Despite its challenges, France is keen to be seen as the emerging world leader in ocean conservation. In Brest, it announced the creation of the world’s second largest marine reserve around the Crozet and Kerguelen archipelagos and the islands of Saint-Paul and Amsterdam. Located in the Indian Ocean, these waters are under France’s direct control. First proposed in 2013, this reserve will extend the safeguarded area around these islands by around 1 million km2, increasing the proportion of waters in France’s EEZ with full protection from 1.6% to 4%. 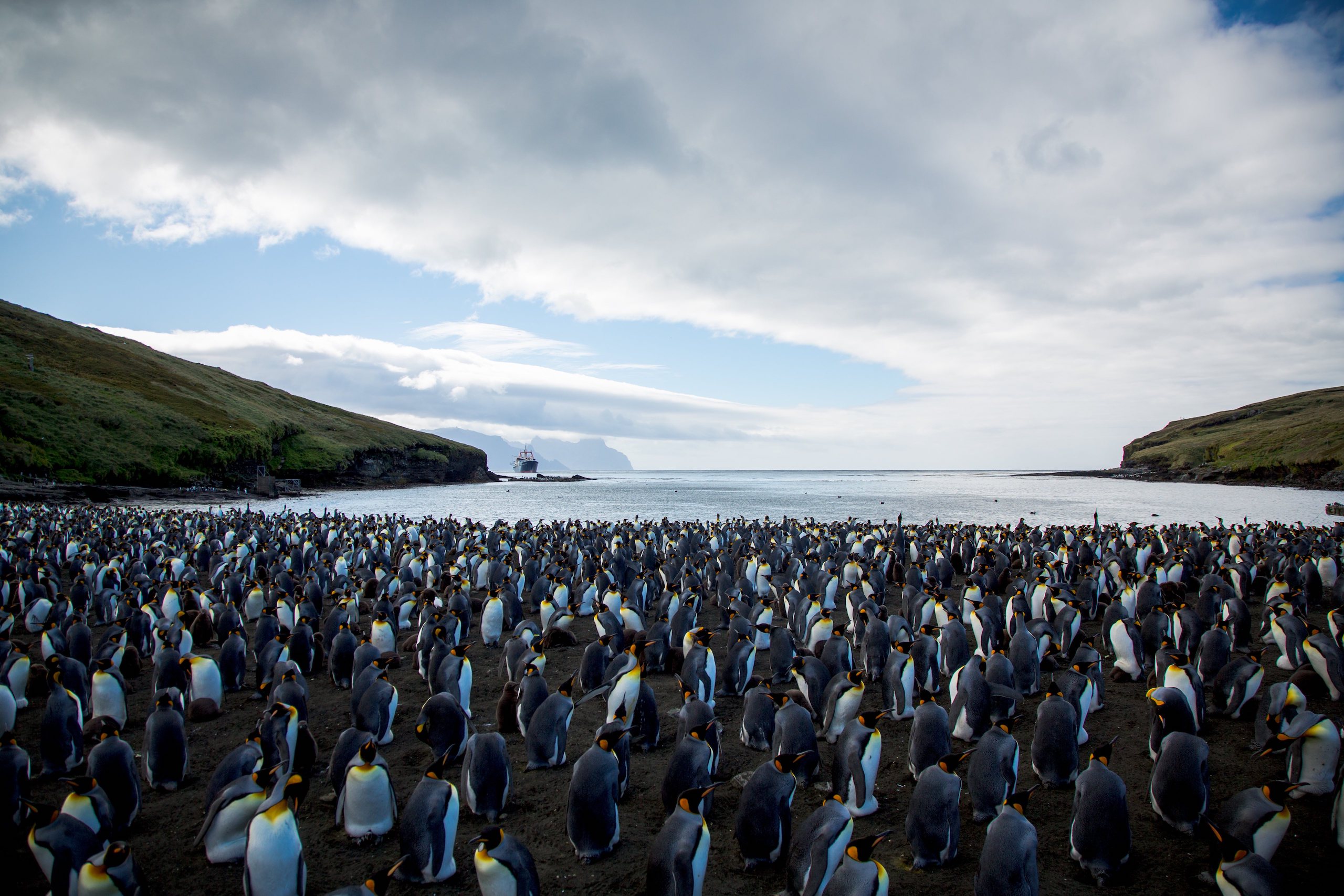 Penguins on one of the Crozet islands in the Indian Ocean. The archipelago’s waters will be part of the world’s second largest marine reserve, which France recently announced at the Brest Summit. (Image: CTBTO/Flickr CC BY 2.0)

At the One Planet Summit in Paris in January 2021, France joined with Costa Rica and the UK to persuade 50 nations to sign a deal to protect at least 30% of the world’s ocean and land by 2030. There were more signatories to the 30×30 campaign in Brest, taking the total number of countries to 84, before the measure is debated at the upcoming second session of the COP15 biodiversity meeting in Kunming.

Separately, France, together with the EU, has pushed for the creation of a large marine protected area in East Antarctica, a proposal that has yet to win the unanimous approval of the 26 nations that jointly manage the Southern Ocean. This brings France closer to its self-imposed target of fully protecting 10% of its EEZ – a target that was initially set for 2022 only a year ago, but was pushed back to 2030 during the Brest Summit.

As far as the High Level Panel’s pledge is concerned, the progress so far, detailed in a report released last November, has been piecemeal. Among the notable successes are a Covid relief package for 17,000 Jamaican artisanal fishers, a “Dark Vessel Detection Programme” launched in Canada to tackle illegal, unreported and unregulated fishing, and a new government office in Kenya tasked with maritime commercialisation. By joining the pledge, nations that are further behind maritime superpowers such as France hope to lever support from their better-resourced allies. Recognising this, the panel issued a user’s guide recently, suggesting initial steps for countries to start the process of sustainable ocean planning.

“While there’s no formal commitment from other countries such as France… to fund poorer nations if they come on board, they have huge EEZs and they have a lot of experience that could help them,” says Haugen. Terrazes agrees that by collaborating, nations are more likely to make quick progress towards these daunting targets. “The more the merrier,” she says.

Can 14 nations put global ocean protection back on track?