Though seagrass meadows occupy just 0.1% of the seafloor, they are responsible for as much as 11% of the organic carbon in the ocean. The more than 60 known species of seagrass recycle nutrients, help prevent coastal erosion and boost food security by providing habitat for fish.

A 2020 report led by the UN Environment Programme found that some 159 countries have seagrass in their coastal waters. However, seagrass meadows are among the least protected ecosystems, facing pressure from coastal development, pollution, industrial fishing and warming waters. The report estimates that around the world 7% of seagrass habitat is being lost per year, equivalent to an area the size of a football field disappearing every half an hour.

In Sierra Leone, scientists documented seagrass for the first time in 2019. Conservation efforts there have since been led by the ResilienSEA project, which aims to expand knowledge about seagrasses and their protection in seven countries in West Africa. Each country is expected to map and monitor its seagrass meadows at a national pilot site. The project also provides training to relevant government agencies and civil society organisations.

In Sierra Leone, only one type of seagrass, known as Halodule wrightii, has been discovered so far, in patches of seabed in the Turtle Islands archipelago, west of Sherbro Island.

Lynette John is a focal figure in the ResilienSEA project and a lecturer at the Institute of Marine Biology and Oceanography at Fourah Bay College, Sierra Leone. She spoke to China Dialogue Ocean about the opportunities and challenges of conserving these declining ecosystems.

The interview has been lightly edited for length and clarity.

China Dialogue Ocean: Could you tell us about the discovery?

Lynette John: Seagrass was first documented in Sierra Leone after a training I was part of led by ResilienSEA in Senegal. When we returned home from the training, we mounted a search in our coastal waters and it was a happy feeling to find it, off one of the Turtle Islands.

What is it about these grasses that is so exciting for you as a marine biologist and why is it so important to protect them?

Firstly, seagrasses help in the fight against climate change and coastal erosion. Also, the mangrove swamps where seagrasses are found are a breeding ground for many marine organisms. And the seagrass itself is a major food for different species.

Seagrass provides food for turtles as well as manatees. If by any chance we lose the seagrass, these species will have little or no food, and they might go extinct. As important as they are in the marine ecosystem, so too is the seagrass, which they largely depend on. 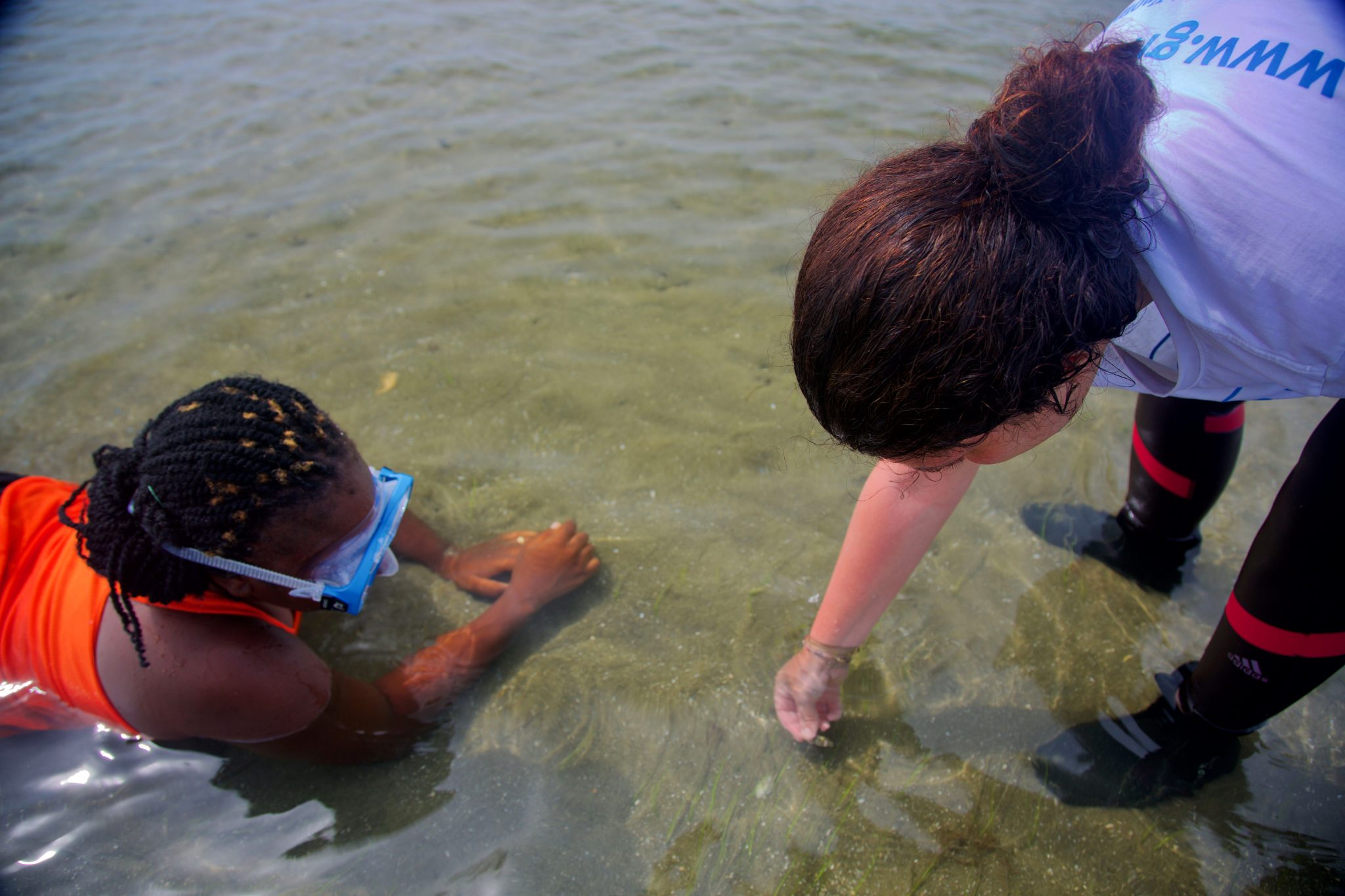 What is the single most important threat to seagrass in Sierra Leone?

Human interference – from passenger boats, fishing and plastic pollution. What I hope is that if more discoveries are made, then we can create more marine protected areas to enhance preservation efforts. Some locals even told us that before sea turtles and manatees were protected by law, when they slaughtered them all they could see in the stomach was seagrass. Manatees can weigh up to 500kg and eat a tenth of their body weight every day. So we should know how important the seagrass is for these organisms.

To what extent are the national laws protective of the marine protected areas where this seagrass is found?

The laws could be very effective, but the human capacity available to monitor makes it very difficult. As a country, we don’t have many advanced surveillance boats and other equipment. When I was working in the protected area, I found it difficult because we lacked equipment. Fishermen could call at night in distress complaining of foreign trawlers poaching, but we could do nothing about it because we had no means of tracking these mishaps and the practice still goes on despite efforts by the government to stop it.

Implementation of the laws against illegal, unregulated and unreported (IUU) fishing has been very difficult. Much must be done in the capacity building of our personnel. If it happens that poachers operate within the areas where seagrasses grow, their operations, especially bottom trawling, will uproot the grasses and it is very likely that these plants will not find a suitable environment to grow again.

This might lead to us losing them and all the benefits they provide to the marine environment and coastal people. The problem is, how can we get local people involved in the monitoring and surveillance of their waters if they do not have the resources to do so?

Explainer: What is the blue economy?