There is an expanse of wetland where the Yellow River flows into the sea in Dongying, Shandong province, where birds gather and seawater laps over the grasses and shrubs. Here, in October last year, the National Park Administration approved the creation of China’s first “integrated land–sea” national park.

National parks sit at the top of the administrative hierarchy of China’s system of protected areas. This one will cover almost 3,500km2 – about 40% of that land, the rest ocean.

A similar national park is being created along the length of the Liao River, to “build an integrated land–sea system for protecting and restoring ecosystems.” That one will cover the Liao from source to sea, keeping the river’s ecosystems healthy and so creating a buffer for Liaodong Bay.

The parks are part of a new approach that brings together planning for land and ocean areas. With 2018’s ministerial reforms placing responsibility for all natural resources under a new single body, the Ministry of Natural Resources, the central government now requires local governments to unify zoning and management of land and sea, and to promote their coordinated management. Rivers and river mouths, where water and land meet, are crucial to that process.

What is an integrated land–sea national park?

According to Li Junfeng, deputy mayor of Dongying, one key part of the “integration” work for the Yellow River Mouth National Park will be promoting positive feedback loops between rivers, land, shoals and the ocean, by bringing areas originally managed by different bodies together to be treated as a single ecosystem for restoration and maintenance.

Such integrated management was mentioned as early as the 12th Five Year Plan (2011-2015). Development planning documents from that period called for the approach in order to balance use of ocean resources with environmental protection. But it was only put into practice with the ministerial reforms of 2018.

Previously, the State Oceanic Administration (SOA) managed the ocean, while land, water and forests fell under other jurisdictions. That meant development on land paid no heed to the ocean environment, and some areas suffered the effects of overlapping planning and management.

The 2018 reforms emphasised the integrity of ecosystems, with the Ministry of Natural Resources absorbing the SOA and taking sole charge of land, forest, water and ocean resources.

“After that reform, management of national land and sea areas came under one roof,” said Chen Gang, formerly head of the ocean management office at the Hainan Fisheries Bureau.

Yu Xiangdong, head of Shandong’s natural resources office, said at a press conference that the integrated park has already removed salt-water cordgrass and returned agricultural land to wetland and shoals to start to create an integrated system. And, according to government plans, sea areas inside the park currently licensed out for aquaculture will be taken back and preserved.

Farming and aquaculture take up wetland space and cause pollution via the medicines and feed used, and effluent released. Salt-water cordgrass, meanwhile, is an invasive species found in intertidal zones. Imported in the 1990s, it has caused a 60% drop in numbers of bottom-dwelling species and prevents birds from feeding. 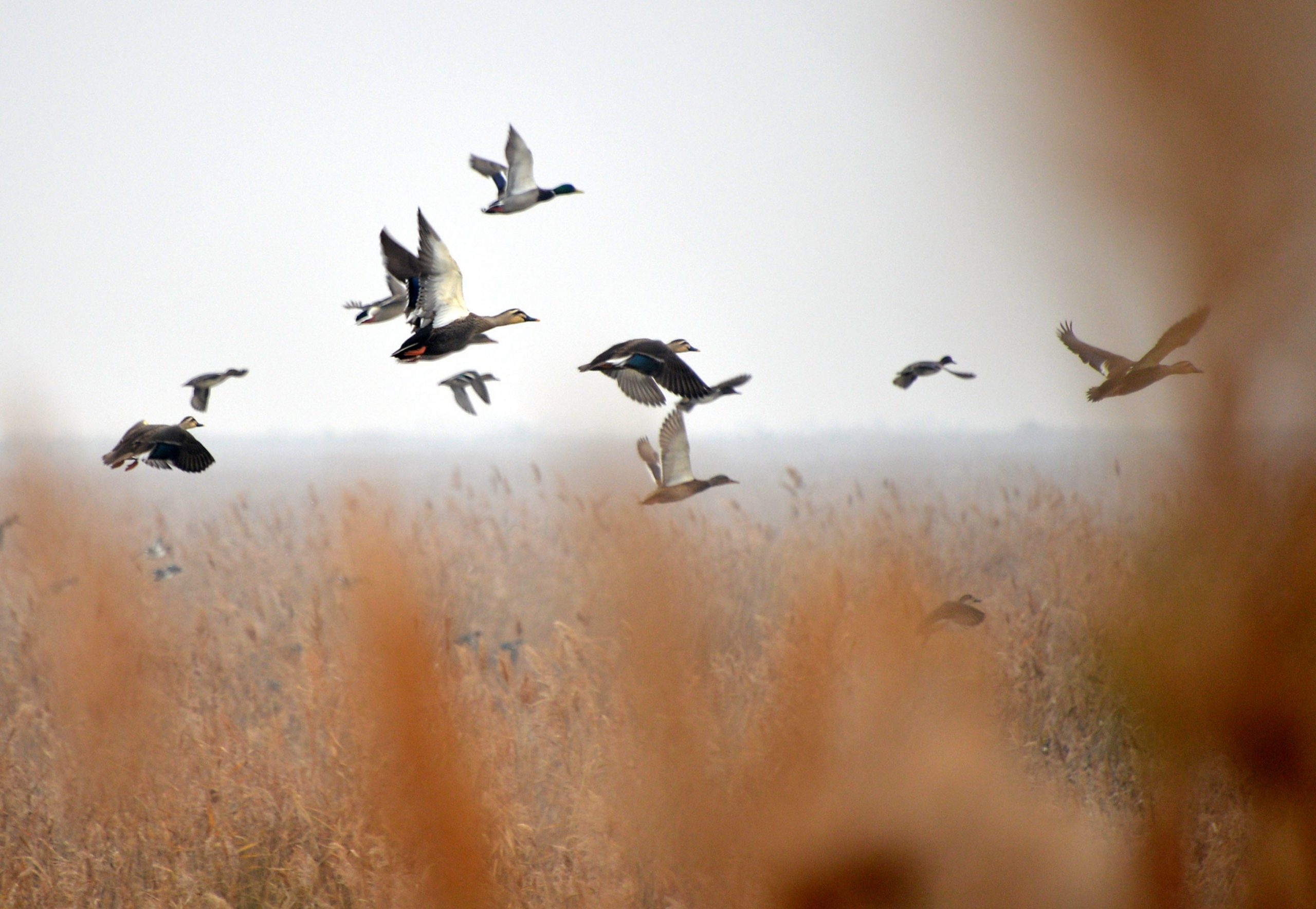 Many rare birds rely on the Yellow River delta for breeding and overwintering (Image: Alamy)

The mouth of the Yellow River is home to internationally important wetlands and has been nominated for world heritage status. It is a key area for spawning, over-wintering, feeding and migrating of marine species, as well as a breeding and over-wintering ground for rare and endangered birds such as the oriental stork, Saunder’s gull and Siberian crane. It cannot perform those functions without a healthy system of waterways and shoals.

China has identified 12 key coastal zones, including the Yellow River mouth, the Liaodong Bay, the Yangtze to Hangzhou Bay, the mouth of the Pearl River, and the Beibu Gulf, which will be the focus of ecological restoration work over the coming 15 years.

Hainan’s plans for environmental protection during the 14th Five Year Plan period (2021–25) say that a management system using the needs of rivers and the ocean to determine what happens on land will be used to coordinate development and conservation. This type of joined-up system for preventing pollution, based on the capacity of bodies of water, provides systematic protection from the source of the river to the ocean. It requires both the control of pollution, and improvements to the industrial structure on land. Many experts say this approach, which tackles the sources of pollution, is essential for protecting the ocean.

One ocean planner explained the need for improvement, telling China Dialogue that while official documents have called for planning decisions on land to be determined by the ocean’s environmental capacity, in practice there is little communication between those making decisions, with land and ocean managed independently. Chen Gang added that while land-source pollution is a major problem for the ocean, the authorities, particularly those far inland, do not consider the ocean’s environmental capacity when approving polluting factories. Even if each individual outlet is up to standard, it can all add up to significant pollution reaching the ocean. Also, targets across river basins and sea areas aren’t joined up. “There’s not enough coordination across land and sea.”

A more systematic plan for coordination will allow for coordination in spatial planning, resolving functional conflicts, and creating holistic blueprints for development or conservation. In May this year, Hainan published China’s first consultation draft of an overall spatial planning document to take an integrated land–sea approach – the first time planning for the land and sea has been done on a single map. Alongside prohibiting development on 60% of Hainan’s coastline and over one-third of its coastal waters, the document also makes clear that protection and restoration of coastlines will be strengthened, and that protection of ecosystems will take place on a whole-river basis.

On the surface, the plan might look like it simply combines planning for land and sea. In fact, it has already started to resolve conflicts between development and conservation. Chen Minghe, consultant engineer at the Hainan Academy of Ocean and Fishery Sciences, explained the process: “We’ll put plans for both land and sea side by side and work along the coastline, looking to see where everything matches up, where things aren’t ideal but are workable, and where there’s a problem. When there is, we’ll go and look at how changes can be made. That’s the process of integration.”

The concept is far-reaching, but the coastline is at its heart. Before June this year, coastal provinces will be supplementing their spatial planning with plans for protection and conservation of their coastlines, providing more details on how land and sea along their coasts will be used. Once the links between the two domains have been built, protection and restoration of key areas will follow.

From paper to practice

Of course, plans, once in place, need to be implemented. Currently, local government leaders will take on roles as “river chief” or “bay chief”, coordinating resources and environmental protection across a certain area.

According to a paper written by Tao Yijun, assistant researcher at the National Marine Data and Information Service, and others, the whole-river approach was pioneered by Jiangsu province in 2007. With a party and government leader acting as river chief, local governments and the environmental, water, ocean and fishery authorities are bought together for joint meetings in order to ensure joined-up river management. The river chief guides participants in the joint meetings to produce a governance plan, with responsibility allocated down to the individual. Outcomes affect officials’ performance records. This approach was rolled out nationwide in 2016, and then extended to bays in coastal provinces.

Compared with the Yellow River Mouth National Park, which will be made up largely of protected areas within the boundaries of Dongying, the Liao River National Park falls under the jurisdiction of various departments and local governments. The situation in a province like Hainan, which covers many more jurisdictions, is even more complex and in need of this type of coordinating mechanism.

The Liao River National Park, currently being established, aims to bring together the sources, river courses and river mouths of the Liao River, which is over 1,000km long, for protection. To do so, the park will have a “bay chief” and “forest chief” alongside its river chief to coordinate the responsibilities of protected areas and forestry, wetland and ocean authorities. 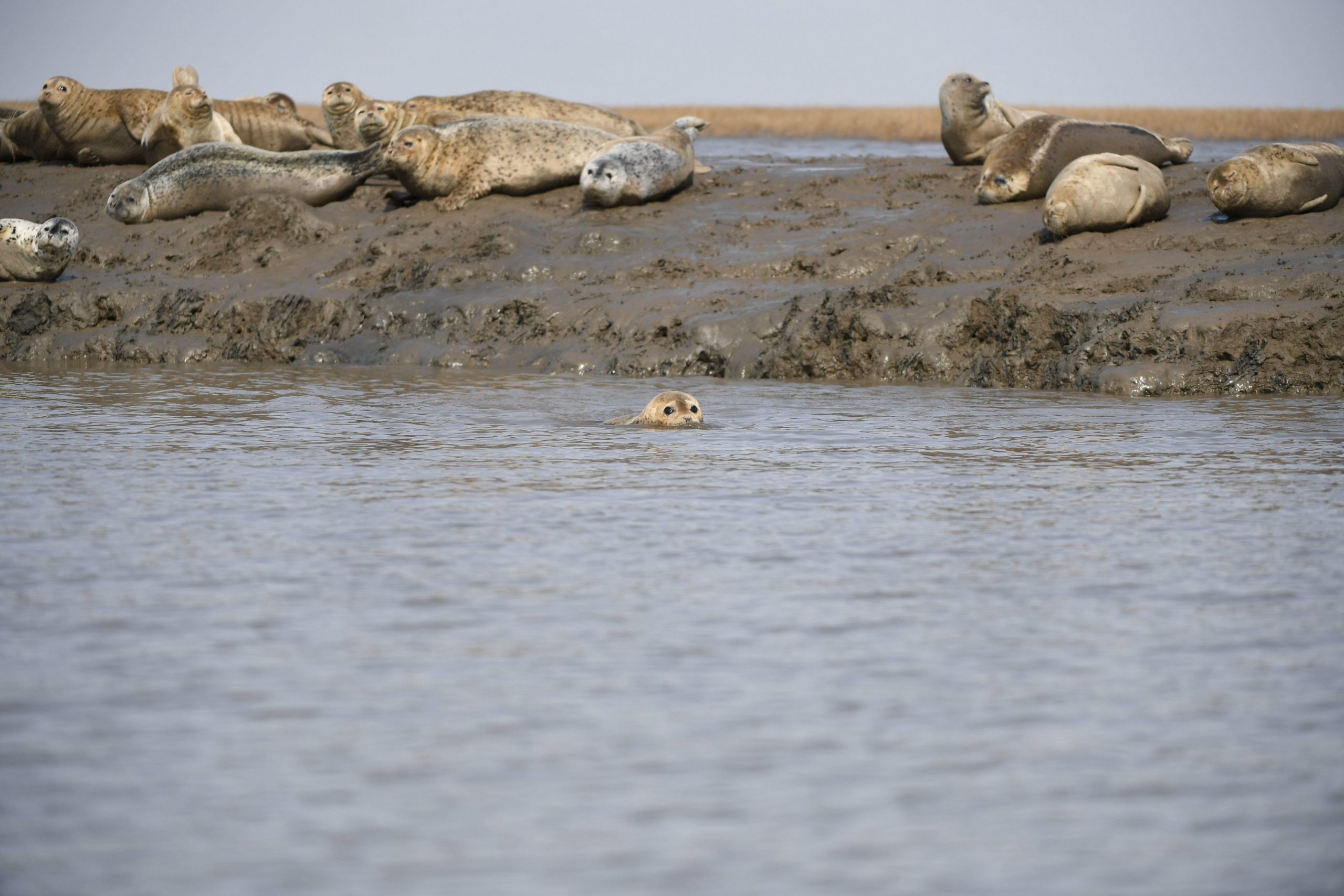 In March this year, Hainan announced a four-tier system of bay chiefs at the provincial, city, township and village level, for tackling pollution at source, protecting and restoring ocean ecologies, and monitoring the ocean environment. Specific tasks will be assigned to the responsible authorities. This put a mechanism in place to ensure integrated environmental governance across land and sea.

Yan Yinyang, formerly an oceans and fisheries inspector in Zhejiang province, told China Dialogue that the bay chief system requires one body to create a “bay chief’s office”, subordinate to a government-headed leading group. This would be staffed by seconded employees of participant bodies, with the bay chief setting annual working plans and targets. He thinks that this, to some extent, resolves conflicts between departments and helps to ensure responsibilities are fulfilled.

Some experts warn that coordination becomes more difficult at higher levels of government, and ideally legislative backing will be put in place. Some provinces have already produced coastline management plans, but not all have said what legal status the bay chief system has.

Next, both the Yellow River Mouth and Liao River national parks are set to work on arrangements for their management bodies and rules. But the National Park Administration is the sole coordinating body for national parks, leading to questions over what role river or bay chiefs can play in a national park – will they still be able to oversee integrated land–sea planning? In any case, trials of cross-governmental and cross-departmental coordination will continue in places like the Liao River basin and Hainan, remaking how China protects its land and sea areas.

How to grow a coral reef: the Wuzhizhou experiment