Chinese seafood consumption has surged by 50% over the past decade, while demand for shrimp is estimated to have doubled between 2005 and 2015. To meet this growth, China has been increasingly reliant on imports, particularly after a major outbreak of disease decimated domestic shrimp between 2009 and 2012.

About half of China’s shrimp imports come from Ecuador, which in recent years has been positioning itself as a sustainable and high-quality shrimp source – despite China imposing a one-week ban in September for hygiene reasons on imports from Omarsa, Ecuador’s second-largest shrimp exporter.

In addition to lower domestic supply, imports have also been driven by China’s so-called “consumption upgrade,” which has spurred demand for overseas food products perceived to be safer and better quality. 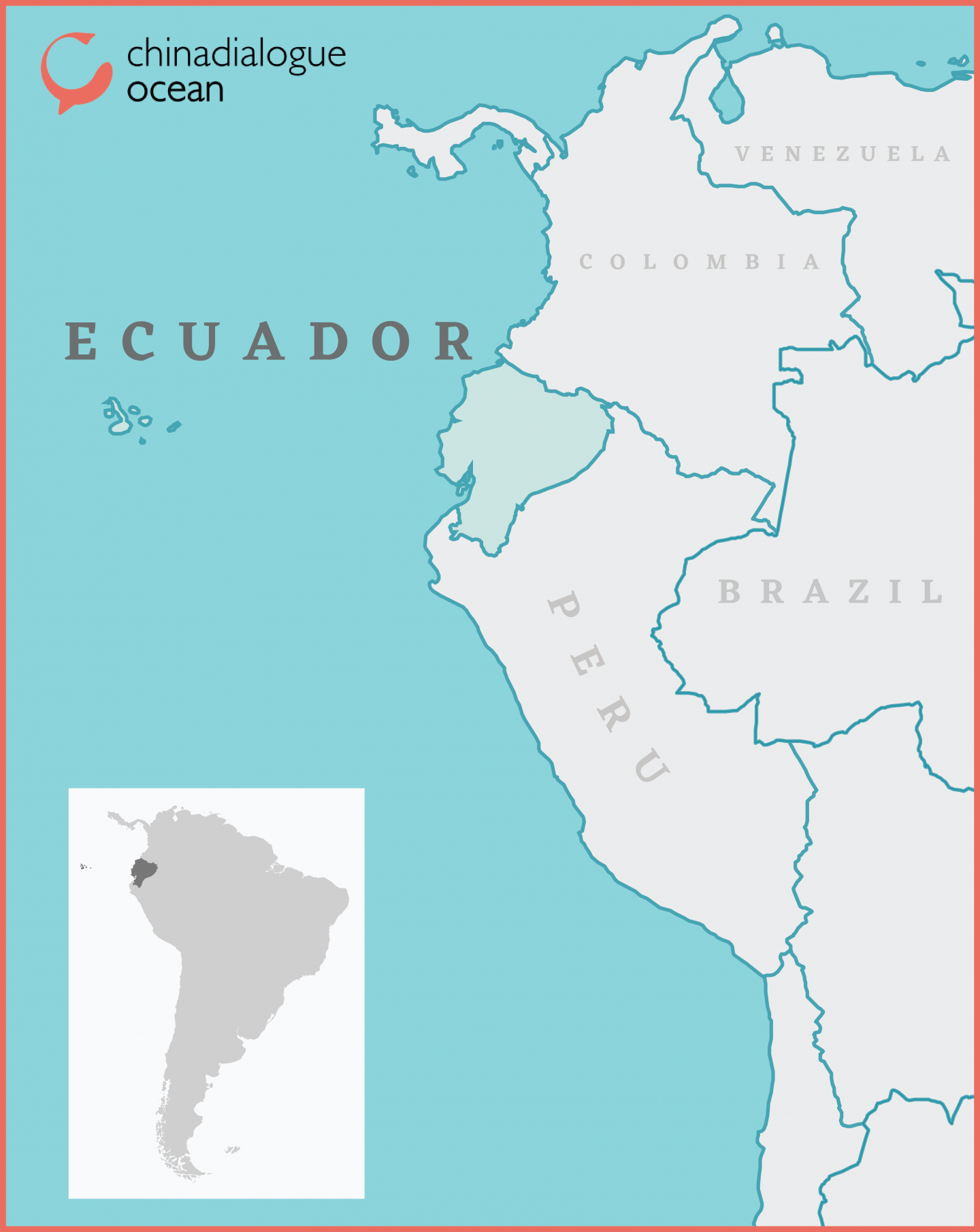 Why is China importing so much shrimp?

The precise quantity of Chinese shrimp production is notoriously difficult to determine, due to often exaggerated official figures. Unofficial estimates range between 600 to 700,000 tons per year, while government agencies have reported figures of over 2 million tons.

Everyone agrees however that domestic supply fell sharply between 2009 and 2012 due to early mortality syndrome (EMS). According to Rabobank, cited in UCN, Chinese production decreased from 1.2 million tons to just 500,000 tons as a result of EMS.

Bearing a striking resemblance to the ongoing African swine fever epidemic, EMS was first reported in Southern China in 2009, before spreading rapidly to neighbouring countries including Vietnam, Malaysia and Thailand. Farmers in those countries reported stock losses of up to 90%.

The magnitude of the EMS outbreak is partially explained by shrimp’s relatively weak immune system. Biological risk also tends to be higher in Asia due to the prevalence of intensive farming methods and a large number of smallholder producers, says Aaron McNevin, Global Aquaculture Lead at the World Wildlife Fund (WWF).


of all Ecuador’s shrimp exports went to China last year

“Management of effluents is a particular challenge, as waste discharged by some farms into coastal environments is then recycled and used by other shrimp producers, increasing the risk of contagion,” says McNevin.

In addition to EMS, Chinese production has also been curbed in recent years by stricter government regulations to address water pollution. That was in response to the fact organic waste, chemicals and antibiotics from shrimp farms often contaminate groundwater and coastal estuaries.

Environmental and health concerns are exacerbated in China by the heavy use of antibiotics, to combat diseases made more likely by intensive farming, and the prevalence of smaller farms with less sophisticated approaches to managing disease.

The resulting shortfall in China’s domestic production, coupled with relentless growth in demand, has led to a spike in imports, which are expected to reach 800,000 tons in 2019 – making China the world’s largest shrimp importer, ahead of the US.

What are the benefits of sustainable, traceable shrimp production?

From January to August of this year, Ecuador was by far China’s largest supplier of shrimp, accounting for close to 50%, followed by India (25%) and Vietnam (4%).

The recent growth has been driven partially by the Chinese government’s December 2017 decision to reduce tariffs on Ecuadorian shrimp from 5% to 2%, in an effort to improve traceability and reduce illegal smuggling through Vietnam.

Imports have also been buoyed by the Ecuadorian shrimp industry’s efforts to build a “brand” focused on product quality and safety, in spite of recent allegations by the Chinese government that led to a suspension of some of the country’s largest exporters.

Lower biological risk in turn means that Ecuadorian producers can avoid the antibiotics that pose health risks to consumers and negatively impact the environment, when discharged in waste water.

“Today in Ecuador we have shrimp farms that haven’t used antibiotics for 15 years, using probiotics instead to care for animals,” said José Antonio Camposano in a recent interview.

Ecuadorian producers have been actively touting higher sustainability and health safety practices as a competitive advantage over Asian producers, which have significantly lower production and transportation costs.

In March 2018, seven of Ecuador’s largest shrimp producers launched the Sustainable Shrimp Partnership (SSP), a certification program guaranteeing zero use of antibiotics, full traceability and zero negative impact on the environment (as shown through a water quality measure).

In explaining why the programme was created, the SSP states that “up until now the farmed shrimp sector has been a commodity market and has rewarded those with the lowest prices. In some cases, falling prices has meant farming practices have been sacrificed, often resulting in poor social practices, lower product quality, and higher use of antibiotics due to greater risk of disease outbreaks.”

What new standards are being set?

The SSP joins a number of initiatives that seek to improve production standards for meat and seafood, while also raising consumer awareness about potential environmental and health issues.

Another is the Aquaculture Stewardship Council (ASC) launched in 2010 by the WWF. It’s a non-profit that manages a comprehensive aquaculture certification and labelling program, based on stringent environmental, health and social guidelines.

The ASC has created standards for 17 seafood species that are used as a reference by farmers, consumers and businesses worldwide. The SSP requires products meet ASC’s shrimp specifications in order to be certified.

Another program that follows ASC standards is the Global Salmon Initiative (GSI), after which the SSP is modelled. The GSI was established in 2013 with participation from 14 of the world’s largest salmon farmers, representing 70% of global output.

The GSI’s latest Sustainability Report, which tracks six years of data across 14 indicators, highlights a number of achievements, including a reduction in the use of chemicals to treat sea lice and a decrease in marine ingredients (such as fish meal and oil) used to feed salmon.

The SSP’s proponents are betting that similarly to salmon and other land-based proteins such as eggs and beef, consumers will become increasingly thoughtful and selective about the provenance of shrimp, and therefore drive the purchasing decision of retailers and restaurants.

“We know that consumers want high-quality products produced to the highest standards and without the use of antibiotics, and we see it as part of SSP’s leadership role to get the race to the top started here in Ecuador,” says Camposano.

Time will tell whether the SSP is successful in its mission. “Although it’s an important step forward in identifying important issues, the challenge with standards and certifications is that they tend to be practice based, while the focus should be on tracking and achieving outcomes,” says McNevin.

How Latin America is leading the way for marine protection

Podcast: Can the push for sustainable seafood change Chinese traditions?

Chinese aquaculture is driving fisheries to the brink