Commercial fishing employs more than 40 million people in a global market estimated to have reached $156 billion in 2017. Despite its size and importance, the fishing industry remains shrouded in mystery, lacking crucial information about where and how much fish is being caught, vessel ownership, labour practices and how seafood moves along the supply chain.

The operation of distant-water fleets is particularly opaque, and its clandestine nature has led to illegal, unreported, and unregulated (IUU) fishing which threatens the long-term sustainability of global fisheries. This lack of transparency harms the future of the fishing industry and robs resources from millions of people who depend on healthy fisheries for their livelihoods and food security.

According to a recent Stimson Center report, China has the largest and most productive distant-water fleet, accounting for almost 40% of the global total. Given its central role in the fishing industry, China has a historic opportunity to take the lead in increasing transparency across the seafood supply chain.

Over the last twenty years, China’s distant-water fleet has grown considerably, partly due to the overfishing and depletion of fish stocks within its own exclusive economic zone (EEZ). This prompted Chinese fishing fleets to expand their reach outside the EEZ, ensuring fish for domestic consumption and trade exports. In addition, China has provided its distant-water fleet with fuel subsidies, to such an extent that recent research has shown its operations may not be profitable without them.

China’s distant-water fleet also bolsters China’s economic interests as part of the Belt and Road Initiative (BRI), the multi-billion-dollar investment strategy to deepen China’s trade relationships in over 100 countries across Asia, Africa and the Pacific region. This has included significant investment in port infrastructure to help move goods and resources such as fish in and out of coastal countries.

Where distant-water fleets operate, there is a corresponding rise in IUU fishing. Though the majority of distant-water vessels are properly flagged and state-sanctioned vessels that do not engage in illicit activity, some underreport catches, violating coastal nations’ management regimes and robbing them of their fishery resources.

Overfishing is depleting fisheries around the world, degrading the food security of coastal nations and depriving them of much-needed revenue. In West Africa, for example, IUU fishing costs an estimated $2.3 billion in lost revenue per year. Distant-water fleets are also known to take advantage of law-enforcement gaps and poor traceability regulations, which lead to a lack of oversight.

With the largest distant-water fleet, China has signed access agreements with many coastal states to fish in their EEZs. At the same time, China has made infrastructure investments in many of these coastal countries such as ports, bridges and fish-processing facilities. In countries like Ghana, where foreign fishing is illegal, Chinese fishing companies have developed joint-venture agreements.

Stimson’s research in Mozambique and the Seychelles found that quid pro quo deals and a lack of transparency across access agreements, joint ventures and fisheries enforcement led to the perception of corruption. For some in the local fishing sector, the outcome is lost confidence and trust in the government’s ability to sustainably manage their fisheries. Fishery professionals in both countries noted concerns that the benefits of these arrangements flow to China and local elites, to the detriment of coastal communities, local fishers and the long-term health of their fish stocks.

By embracing distant-water fishing transparency reform, mainland China and other major distant-water nations such as South Korea can take significant positive steps in the fight against IUU fishing. Transparency should be the social licence for any industry in the 21st century, and China can drive this dialogue between flag states, coastal nations and the industry itself. With the world’s second-largest economy and global influence, China has an opportunity to provide leadership in making the fishing industry sustainable through embracing transparency across the seafood supply chain.

What is the Cape Town Agreement?


A key international treaty on fishing vessel safety due to come into force in 2022. It will mandate minimum safety measures for fishing vessels more than 24 metres long.

Recent evidence suggests that China is moving towards greater transparency in its global fishing operations. For example, last month, it was one of 48 countries to sign the Torremolinos Declaration, which denounces IUU fishing and indicates China’s intent to ratify the 2012 Cape Town Agreement to promote vessel safety, regular inspections and mandatory radio communicators to increase transparency.

Over the last year, China has shown a willingness to crack down on distant-water vessels and companies caught engaging in IUU fishing, by levying penalties, reducing subsidies to these companies, and banning IUU fishing boats and captains. China has also pledged to cap the size of its distant-water fleet.

These positive reforms could be further expanded by ending harmful subsidies and ratifying the Port State Measures Agreement (PSMA) to block distant-water fleets from using Chinese ports to offload IUU catch. Mandating tracking technology such as Automatic Identification System and Vessel Monitoring System on all distant-water and transshipment vessels at all times, would help further. 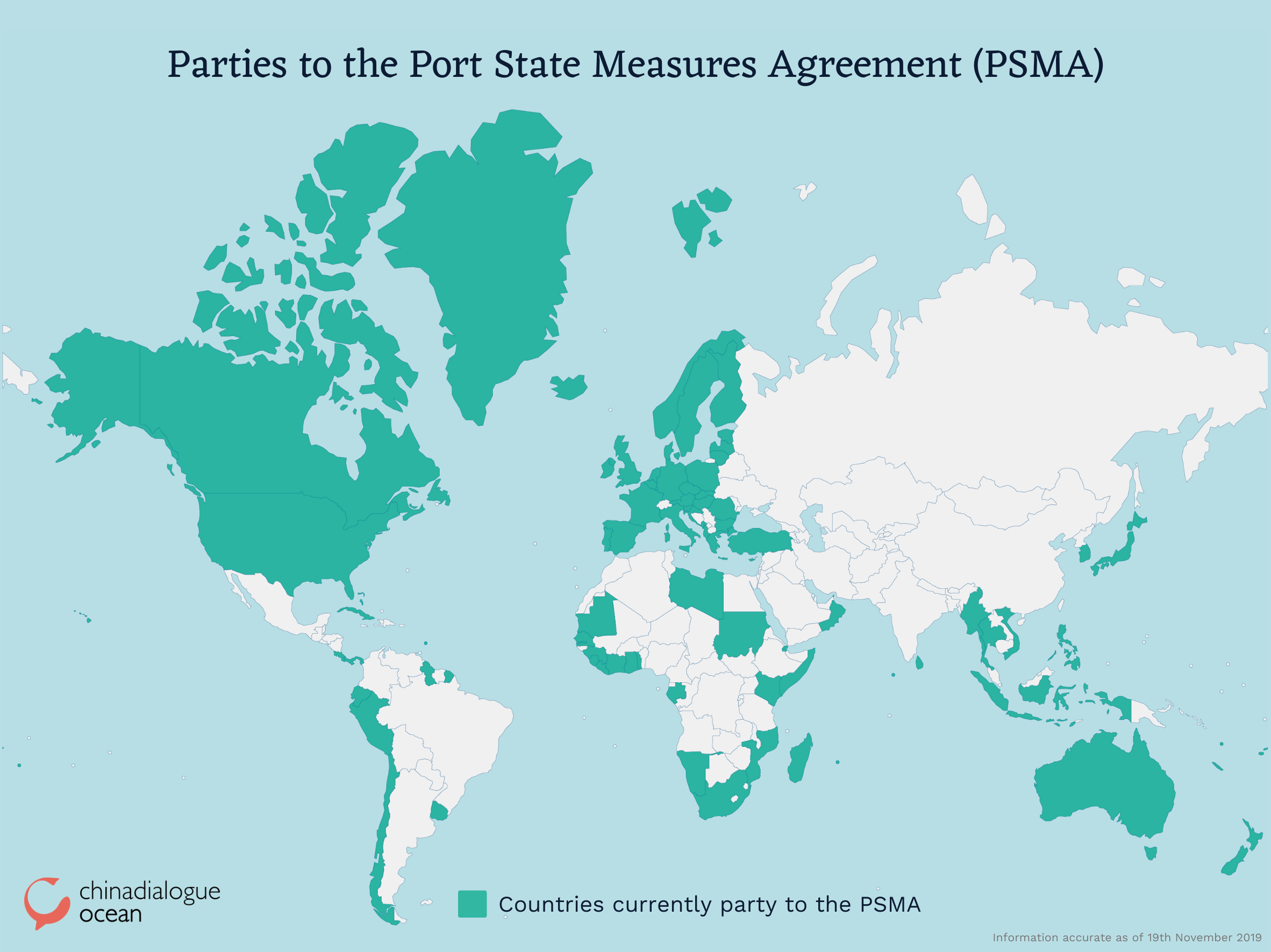 At the bilateral level, China should consider extending the Green Belt and Road beyond its focus on energy and climate to include investing in sustainable ocean practices and fisheries management.

China will be hosting the UN Convention on Biodiversity in 2020, which offers a tremendous opportunity to raise its global leadership profile for safeguarding the marine environment, including fisheries, on the international stage. By taking responsible actions to increase transparency across the world’s largest fishing enterprise, China can showcase its political will and help preserve fishing for future generations in coastal nations.

China is key to closing ports to illegally caught fish