Since the 1970s, these artisanal fishers have increasingly been forced to compete with huge industrialised fleets from abroad. This has pushed many fish populations past the point of sustainability. Illegal fishing is adding further pressure, and bringing a heavy human cost.

Legitimate fishing is already a dangerous job. Illegal fishing has increased the risks and death toll. In highly vulnerable places such as Somalia, industrial vessels spend up to 93% of their time in prohibited areas. It’s estimated that more than 250 people die every year, mainly from collisions, when boats intrude on West African waters reserved for coastal communities.

The fishing sector also plays a part in transnational slave labour. An estimated 21 million people are trapped in this unregulated sector. Some spend years at sea. Others never make it back. Exact numbers are unknown but in countries such as Thailand, trafficked labour accounts for about 40% of the fishing workforce.

The sector has also become a haven for drug traffickers who use boats as mules, further weakening coastal communities. Beyond these tangible impacts, illegal fishing destroys the traditional fabric of fishing within once thriving coastal communities. This issue is global, plagued with opacity and needs to be urgently addressed.

A new tool to widen the net on crimes at sea

At the end of 2019, Ecotrust Canada launched a platform called Spyglass which publishes the criminal records of fishing vessels and seafood companies. Its aim is to help surveillance departments, NGOs and governments focus their efforts on high-risk vessels, sanction them more effectively and improve monitoring efforts. It brings to light information otherwise hidden by layers of bureaucracy, language barriers and confidentiality constraints. 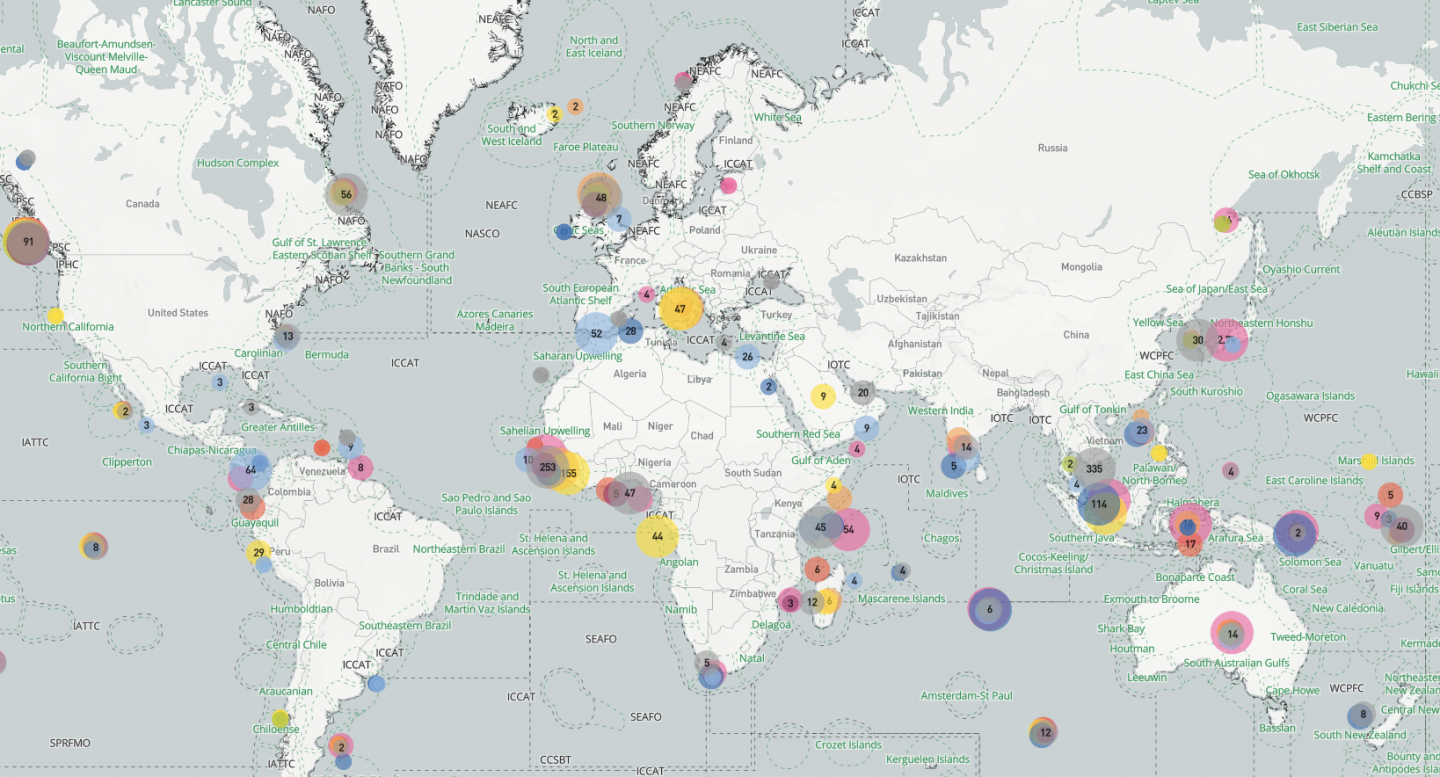 Spyglass lets some of the most vulnerable countries access information on the risk of illegal fishing by a vessel or a company and the presence of a repeat offender. It will systematically reduce illegal fishing and criminal activity of large-scale vessels, and help understand the drivers behind small-scale illegal fishing.

Spyglass shows how cooperation and information-sharing can dramatically improve a country’s ability to protect its waters. For example, when Senegal’s Department of Surveillance got information on a fleet seeking access to its fishing grounds, it sanctioned every vessel for under-reporting their capacity, and refused fishing licences to high-risk vessels. Under-reporting of vessel capacity often goes unpunished, especially when the resources to verify such information is virtually non-existent.

Spyglass has now reached 7,400 entries, making it the largest repository of information around criminality in the fishing sector. 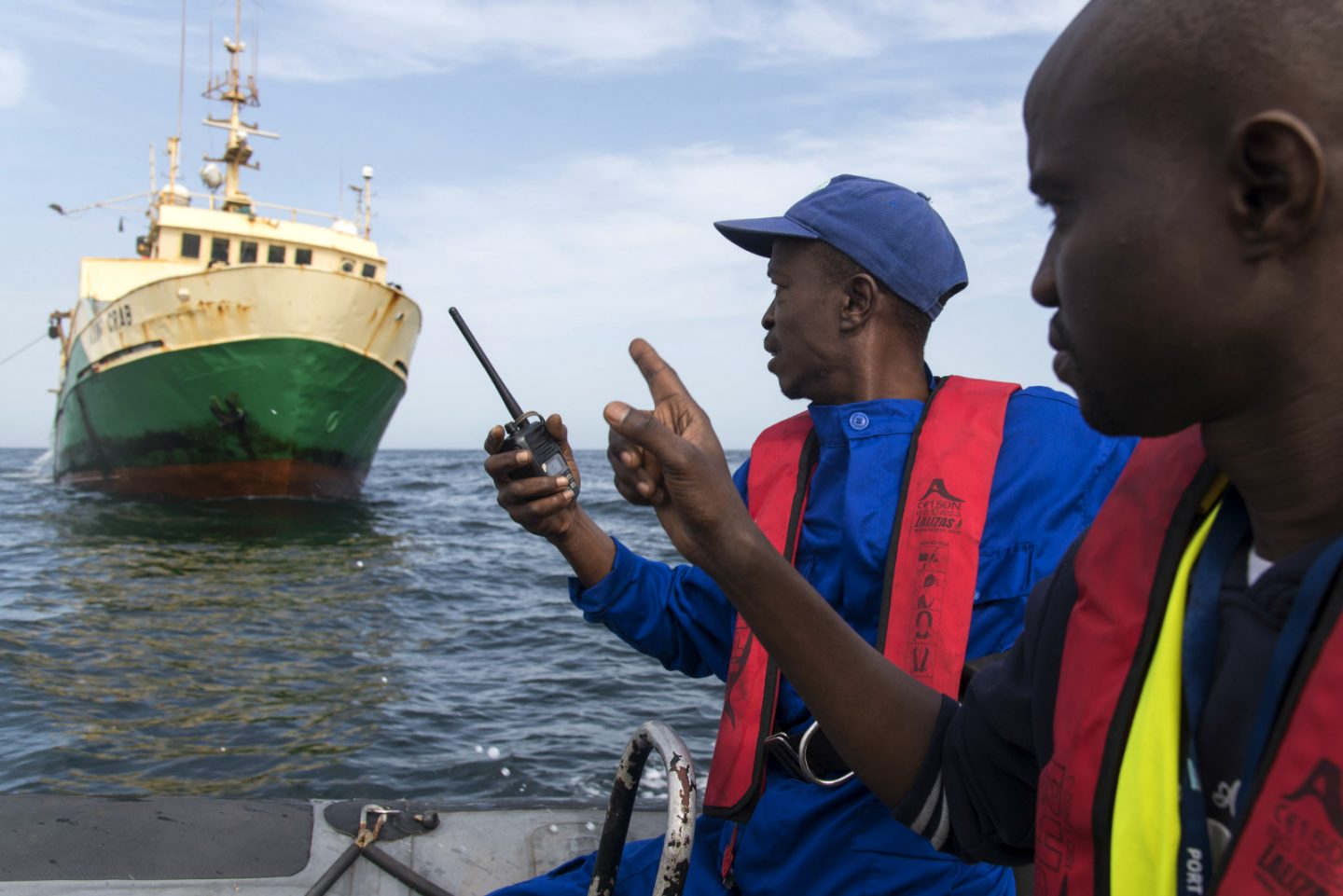 The platform has shown that illegal fishing and associated crimes, such as those linked to labour rights abuses and the drug trade, are widespread in developed countries as well as the global south. Combatting illegal fishing therefore requires international collaboration and transparency, along with solid regulations targeting high-risk offenders.

However, information is often hard to acquire, particularly on illegal actions by fishing vessels and their companies, and the sanctions that have been placed on them. During 10 years of researching west African fisheries, I learnt about the difficulties of data sharing. Lack of information has meant licences being granted to offenders well known in other countries. Despite due diligence, coastal states often fail to identify past crimes when records are not readily available.

A platform that shares such information was clearly needed. One challenge was that beneficial owners of offending vessels often hide behind several layers of subsidiaries and shell companies spread all over the world, including in flag of convenience countries and tax havens.

Spyglass meets such challenges by researching information about crimes at sea in seven languages and publishing in five. It seeks to establish connections between offending vessels and their beneficial owners, and then shares this information promptly, publicly and freely.

How AI is identifying illegal trawlers in Africa