Last year, Xiangshan county’s fishermen spent four and a half months stuck in port, a month longer than usual.

Xiangshan, a crab claw-shaped peninsula south of Ningbo, a thriving city in the southeastern province of Zhejiang, has been a well-known fishing region since the 13th century.

The decision to extend the closed season from May to mid-September, instead of June, was taken by the Ministry of Agriculture to give greater protection to fish stocks in the East China Sea.

The fishing season is just beginning in Xiangshan’s historic fishing grounds when I visit. Boats are docked in tight rows in Shipu harbour, colourful flags flapping from their masts. Nearby, the huge fish market is piled high with crates of fresh catch. Porters are bustling about, ceaselessly hauling boxes onto weighing machines and loading trucks. 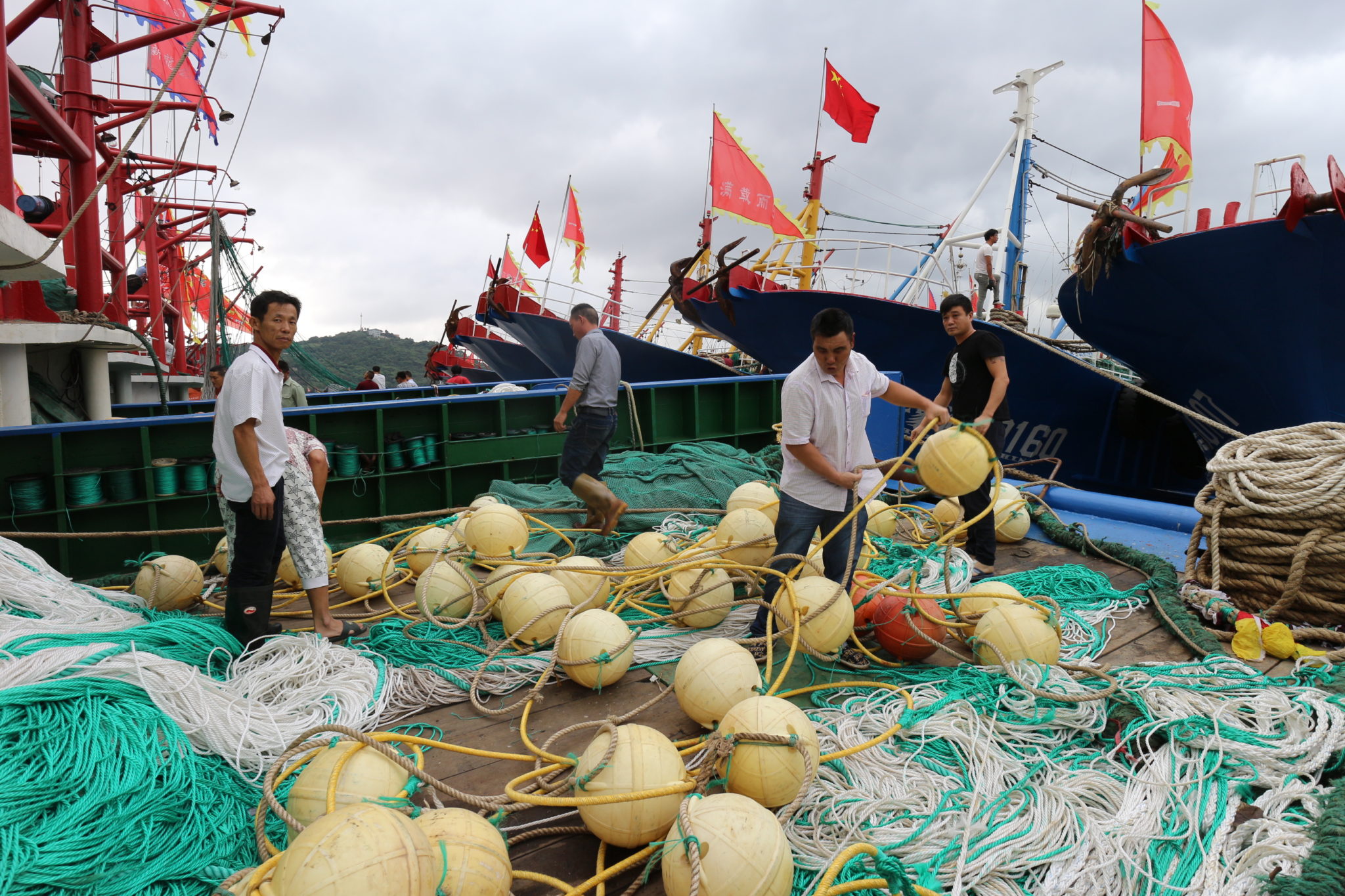 The crew get ready and check the nets. 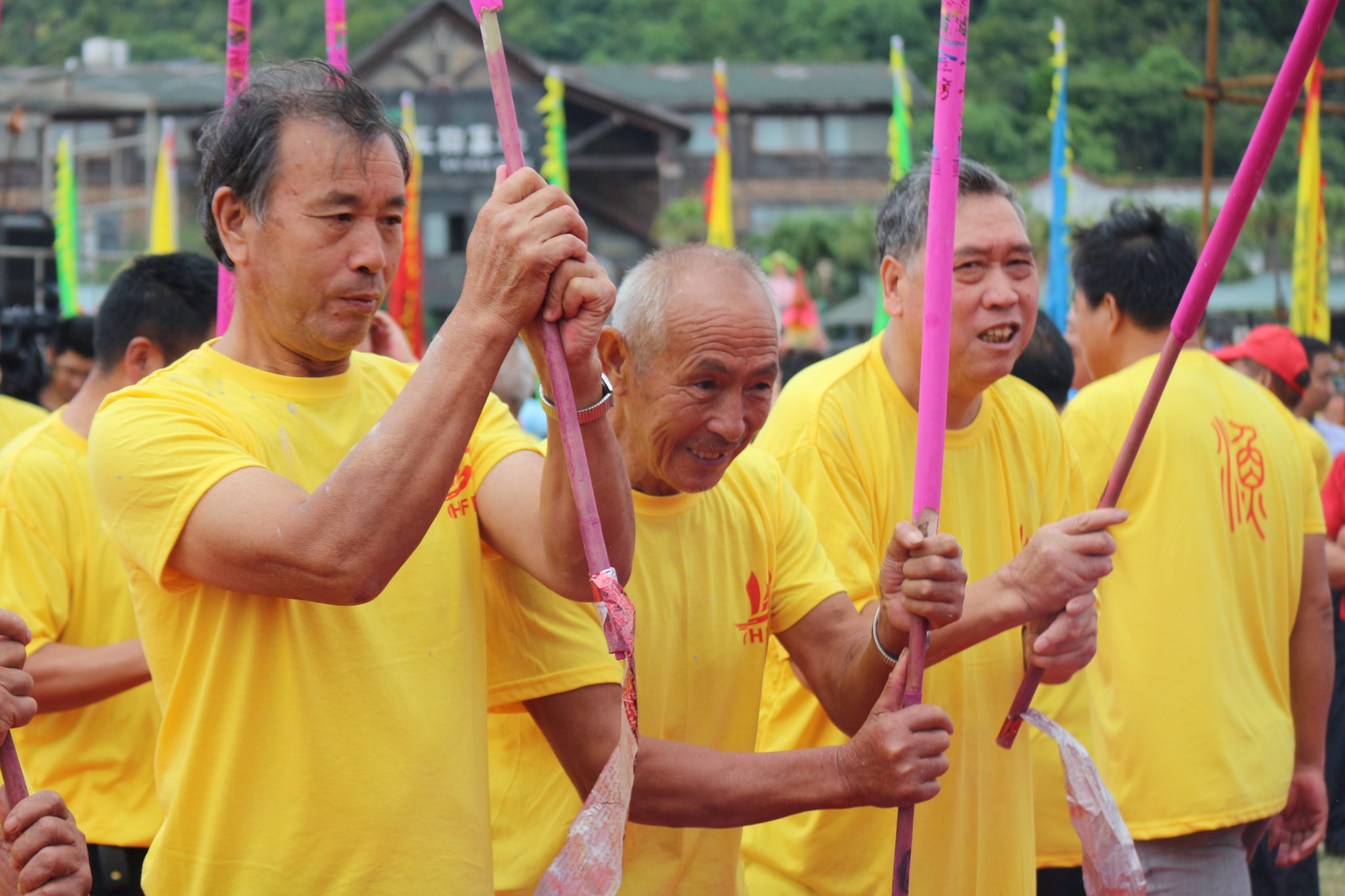 The captains represent their crews in a prayer to Mazu, goddess of the sea, for a good catch. 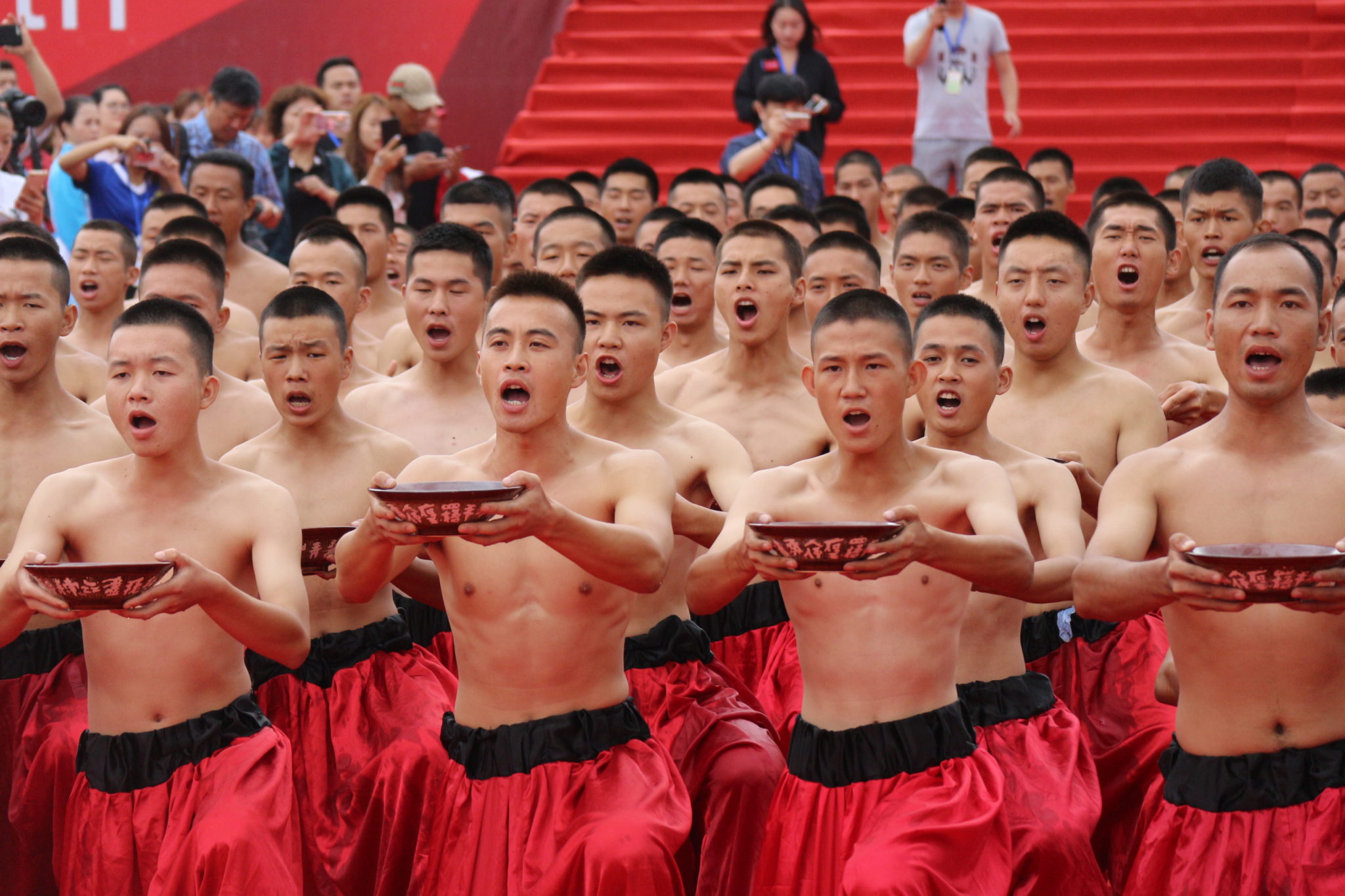 Retired captain Shen Xianggen remembers how depleted the fish stocks were before the closed season was instituted in 1995. He recalls a trip with his son, who was 19 at the time, which netted only thumb-length eels and tiny butterfish, the size of a coin. “There were no fish in the East China Sea, so we had to head to the South China Sea,” he says.

When the elder Shen started fishing in the 1960s, nets strained under tonnes of fish. But economic reforms in the 1980s changed everything.

Previously, the village commune had owned the fishing fleet, so it wasn’t possible to possess your own boat. The commune planned when and how to fish, and assigned workers like Shen to a fishing crew. He recalls working on a small fleet of wooden vessels that was utterly different from the industrial scale vessels of today. 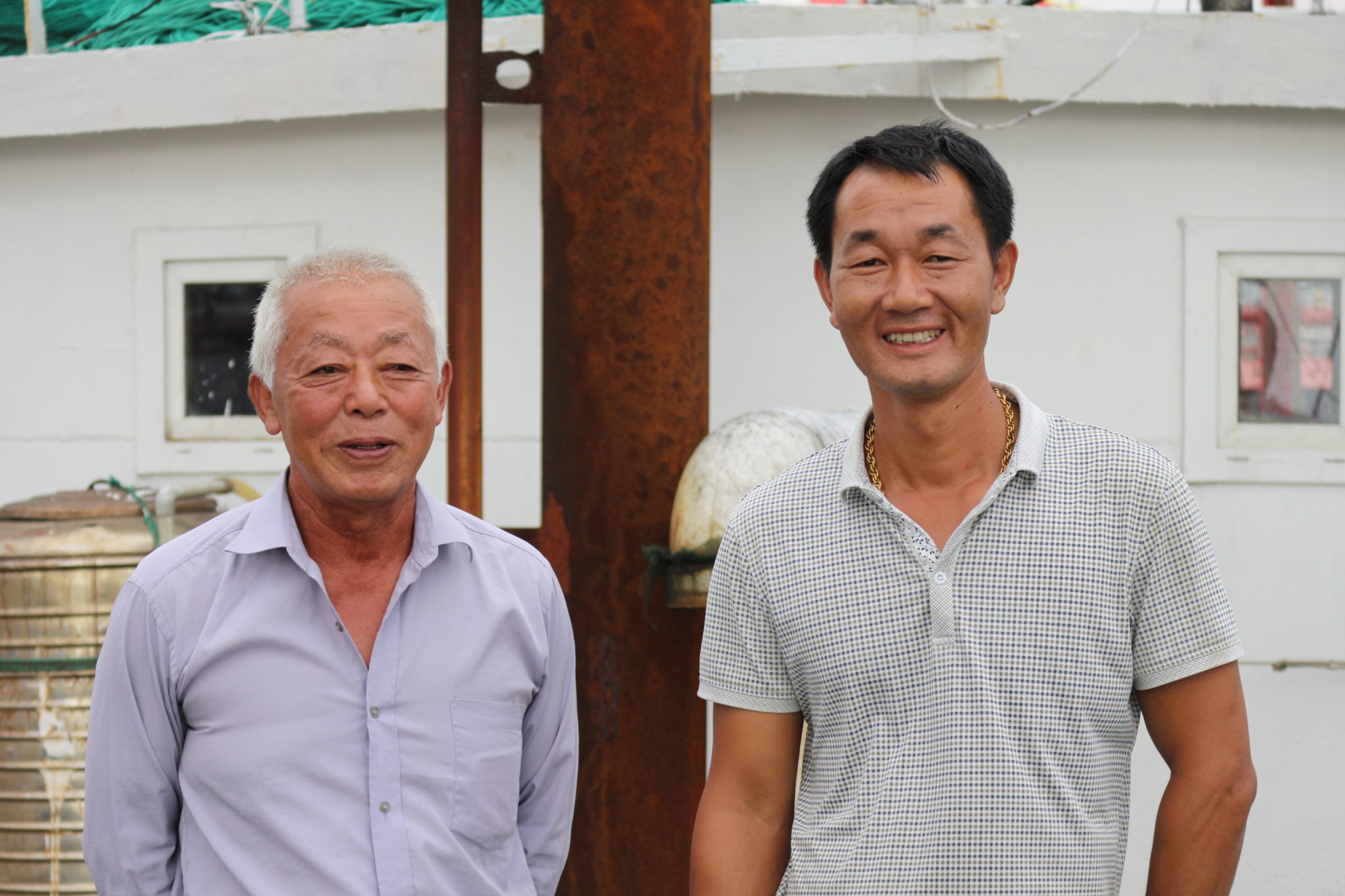 Shen Haibing and his father, Shen Qinggen, stand on deck on their boat.

People started to invest in private fishing vessels from the early 1980s, and the seas soon got busier. “After reform and opening up I wasn’t sure what to do, but I was best at fishing. So a dozen or so of us got together, got a boat, and just kept fishing,” says Shen.

The harbour soon needed expanding, and then several times again. Most locals were rice farmers before the 80s, growing crops on the harbour-side hills. As the industry grew, fields became streets, and workers from inland China that had never even seen the sea flooded in, forming the bulk of the workforce. 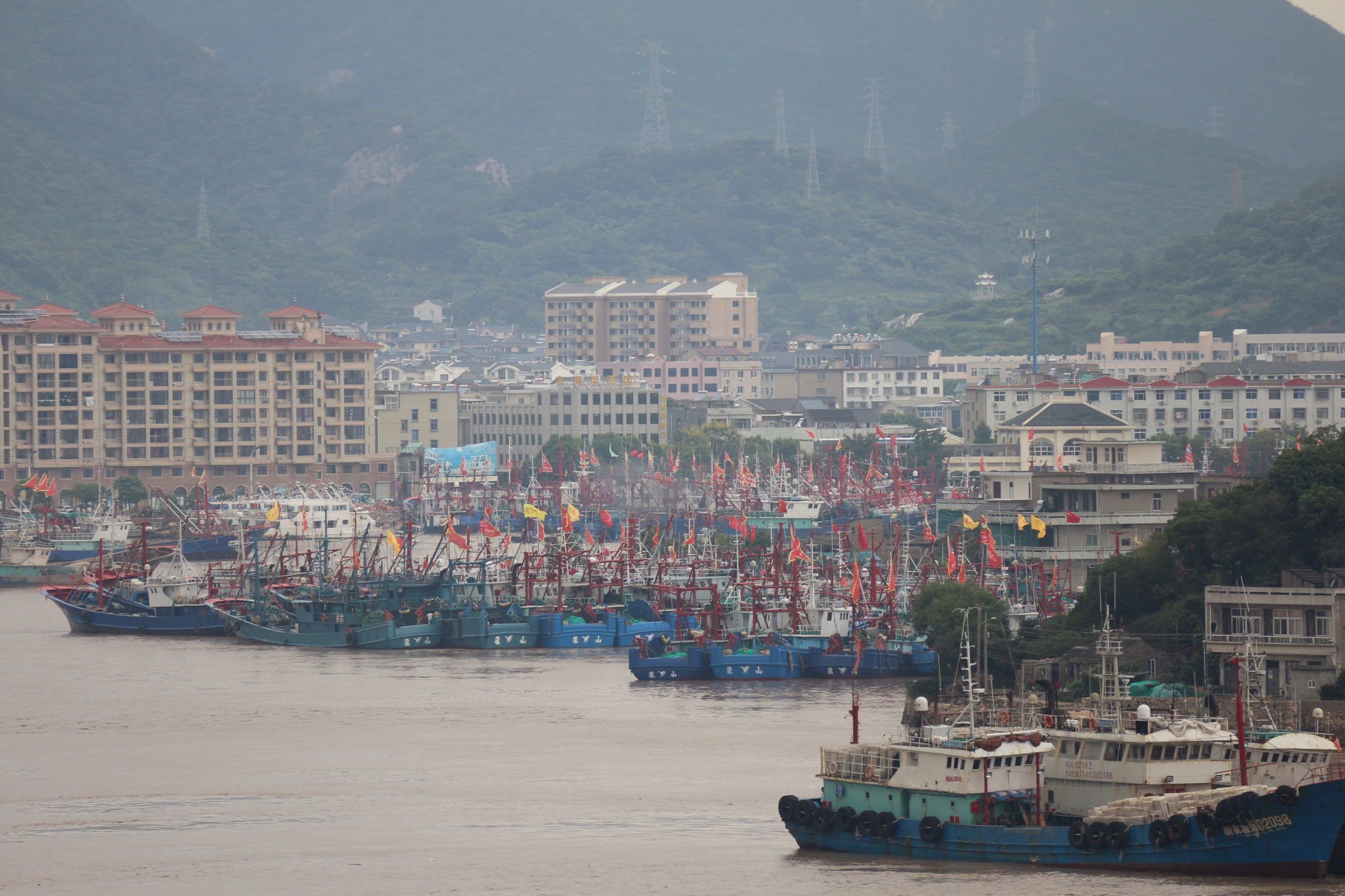 Dozens of fishing boats tied up in Xiangshan’s Shipu Harbour, waiting for the fishing season to start.

Fishermen all along the China coast were complaining of shrinking catches by then, not just on the East China Sea. “You didn’t see yellow croaker so much after the 1990s and eels were much rarer after 2000,” Shen remembers. Those species had been the main catch.

Xiangshan’s experience is a microcosm of China’s coastal fishing industry.

Boats are fitted with GPS systems and sonar to locate fish, meaning shoals have little chance of evading capture. Shen first recalls going to sea with only a compass and a radio to listen to weather forecasts. His generation stayed within eight nautical miles of the shore.

Closed season only a start

Shen Xianggen has now retired, and his son Shen Haibing captains their boat.

The younger Shen says fishing crews depend for their entire year’s income on the first few months after the closed season. After this period the higher value fish are scarce and the catch is mostly “trash fish”, used to produce fish meal. 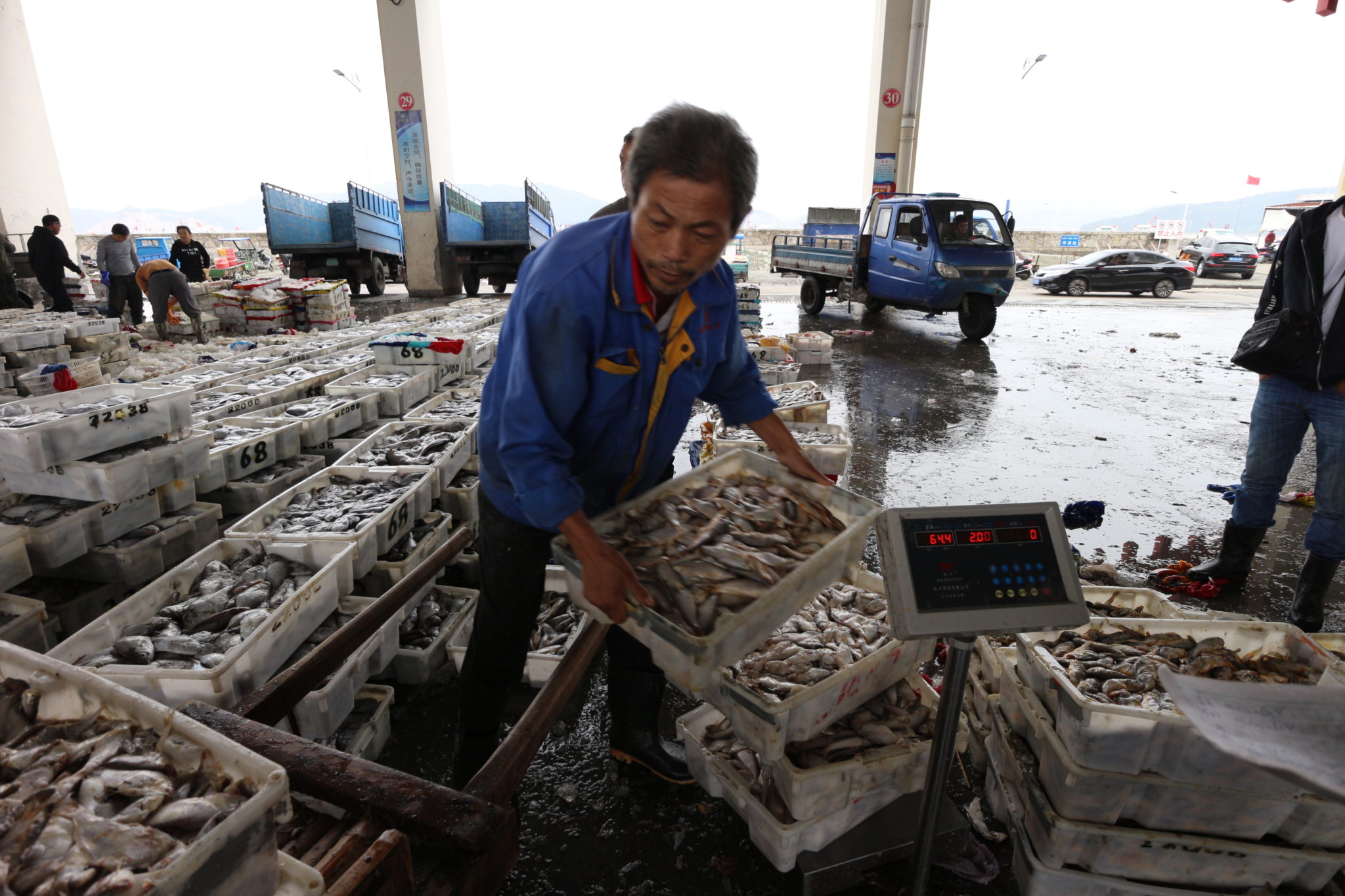 Workers unloading the catch at the fish market.

The first two months fishing are good thanks to the closed season but by winter boats start tying up in port to avoid making a loss, says Huang Genbao, head of the county’s fishing industry association.

The association has found that gross income can hit almost one million yuan (US$158,000) on some boats in the first month of the fishing season, but earnings are not sustained throughout.

“A closed season alone isn’t enough, but without it there’d be nothing left. There has to be a reduction in boat numbers,” says Huang. 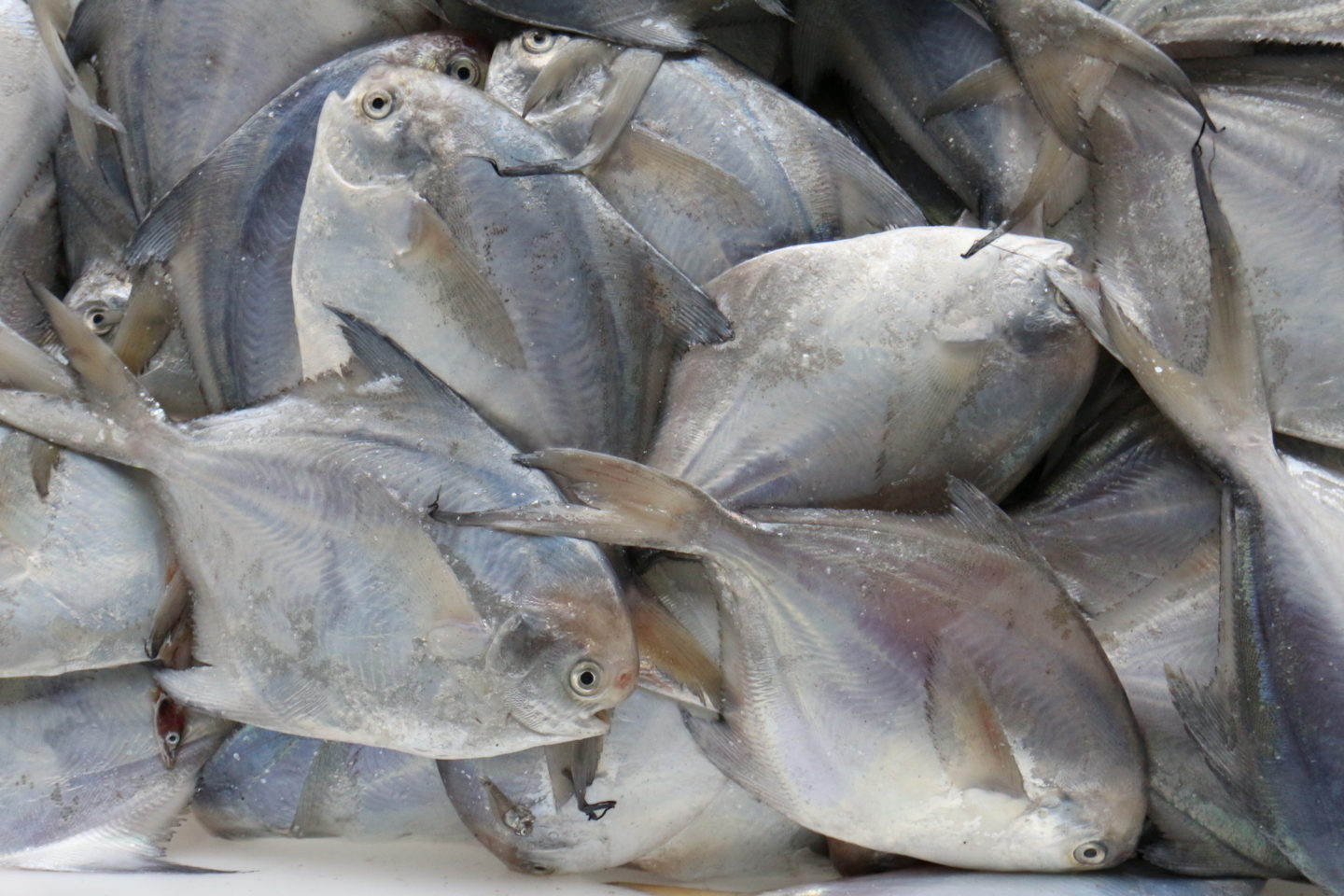 Butterfish caught on the first day of the fishing season (Image: Shi Yi) 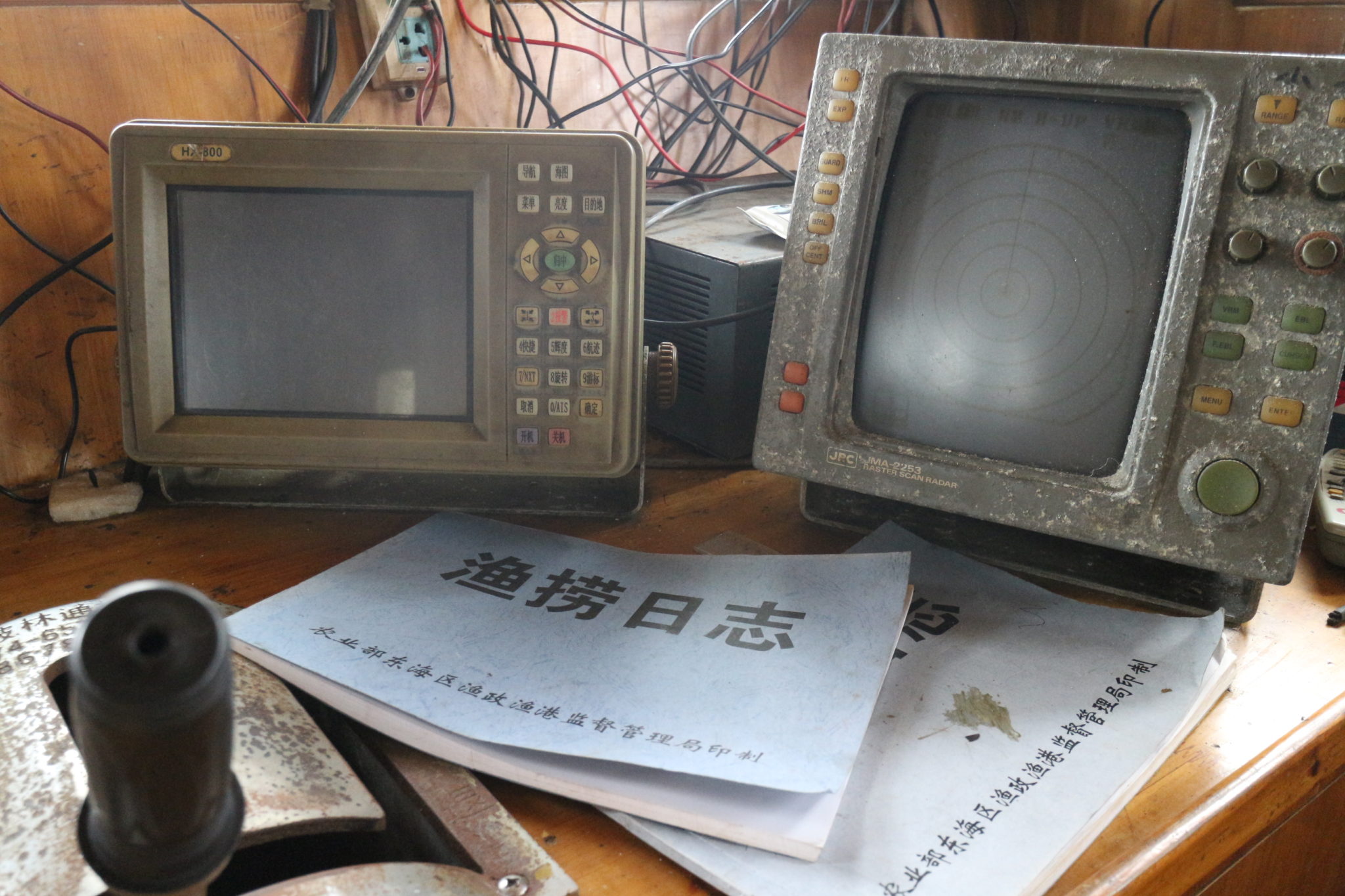 Fishing logs. Rules introduced by Zhejiang in 2016 mean all medium and large fishing vessels must log their catches.

Fishing vessel fuel subsidies began in 2006 and have risen steadily over the past decade. Payments are set according to a boat’s horsepower and fuel consumption. 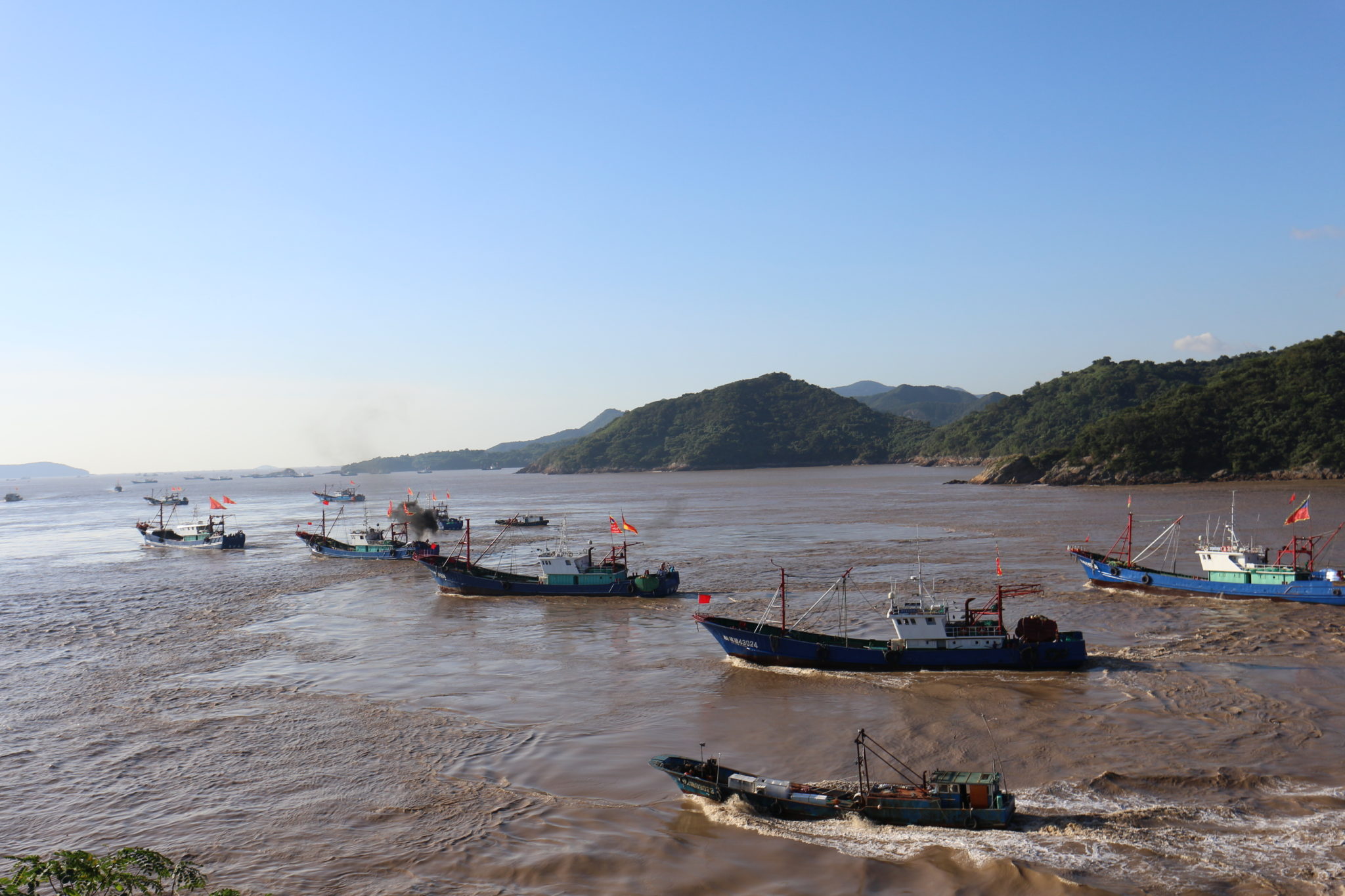 The fleet heads out.

Tang Yi, head of the College of Marine Culture and Law at Shanghai Ocean University, says government fuel subsidies have worked against separate efforts by officials to halt over-fishing.

In 2006, the government set targets to cut catches and ease the decline of fisheries. In the same year, it initiated fuel subsidies for certain sectors, including agriculture and fishing, despite official concern about overfishing since 2003.

The policy mismatch was not tackled until 2015 when the Ministry of Finance acknowledged that: “fuel subsidies for the fishing industry… have distorted price signals and undercut policies intended to reduce the number of fishing vessels and move fishermen into other sectors.”

An annual reduction in the subsidy was announced. By 2019 it will be lowered to the same level as 2014, to encourage more people to leave the industry. 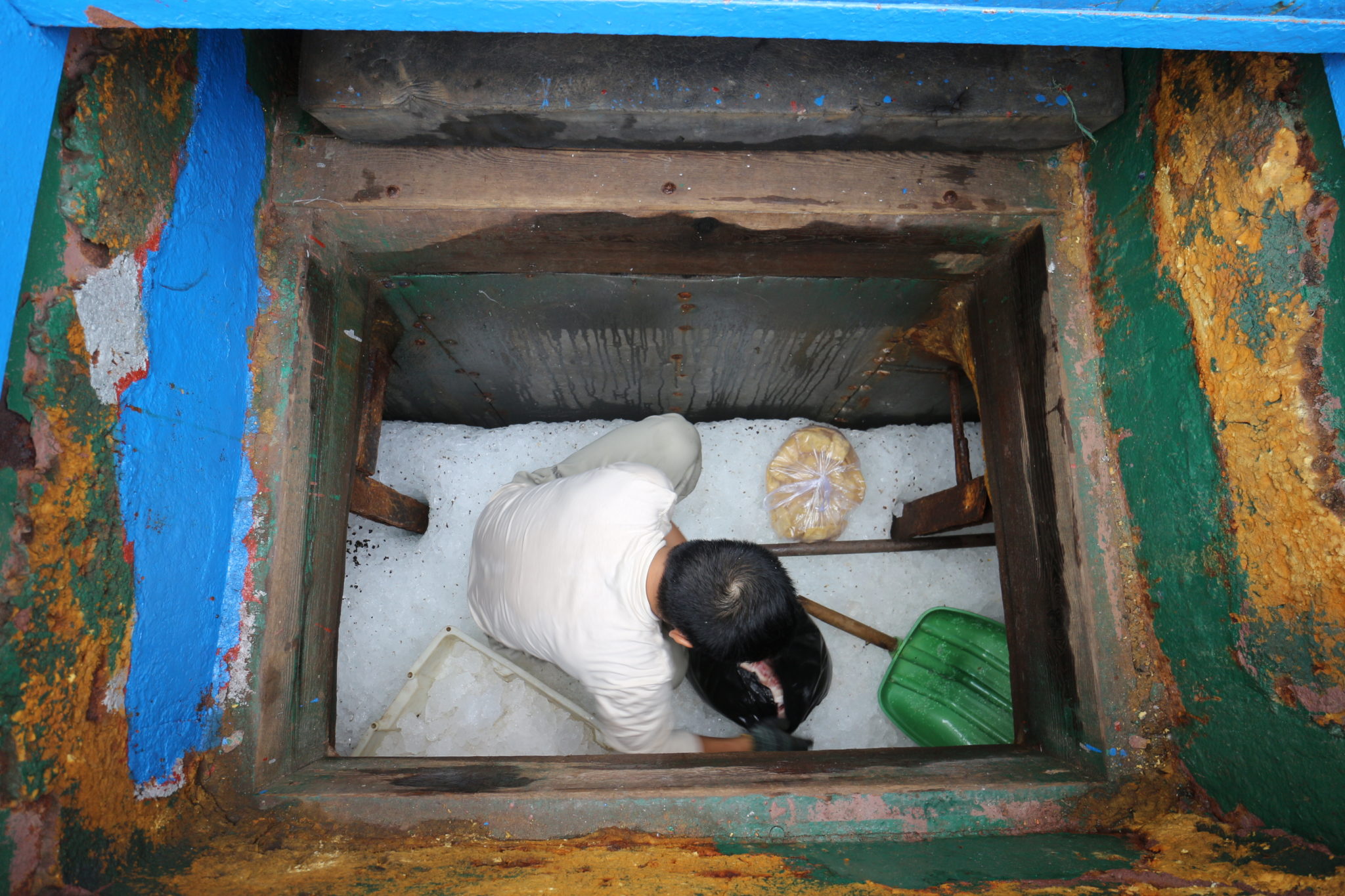 A crew member loads up the food for the journey. Despite being at sea so much, most of the crew opt to dine on pork. 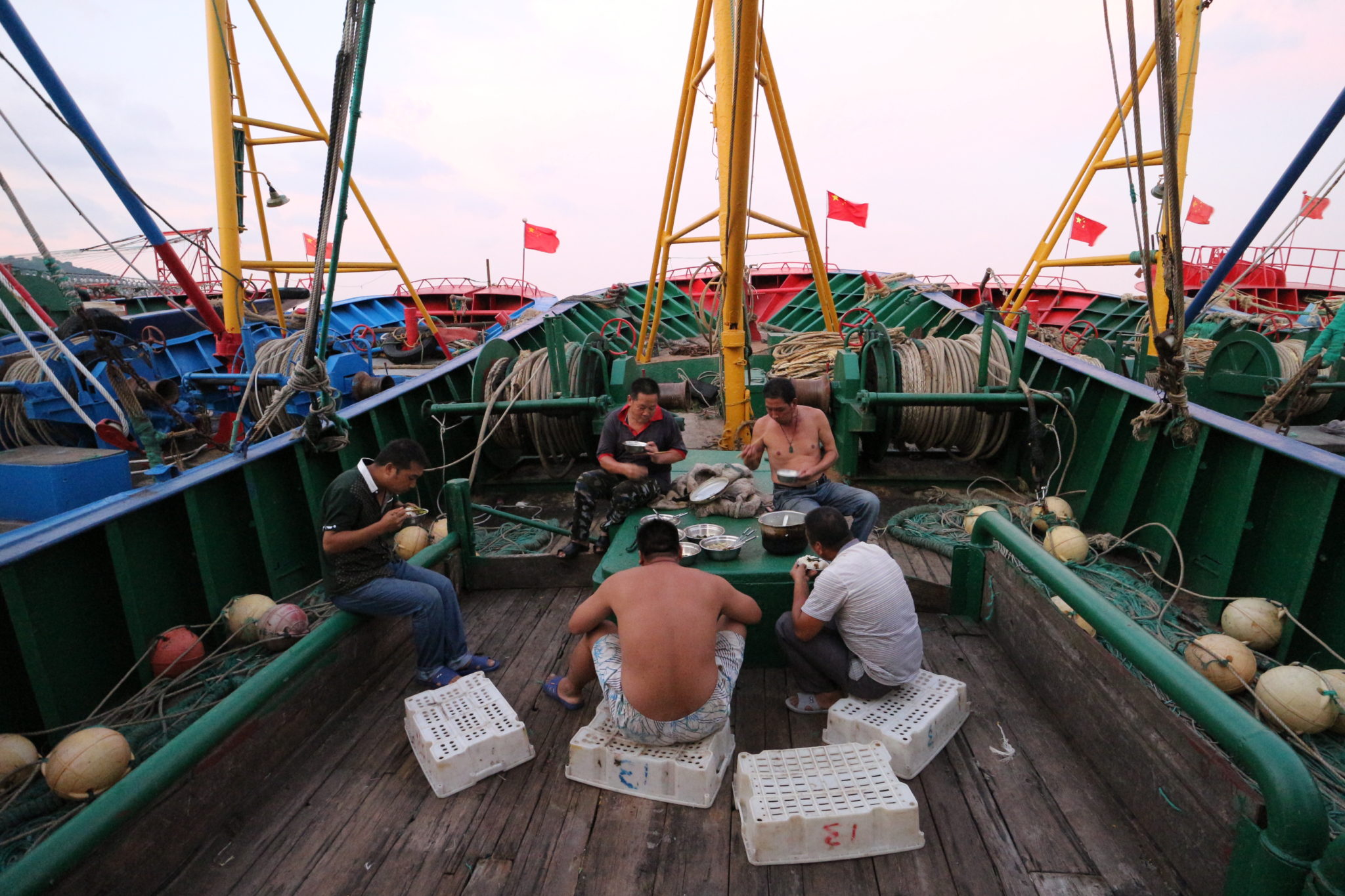 One-off government payments over the last year have also persuaded many captains to scrap older vessels, and some to find other work.

The provincial government is also taking a tougher line on net sizes by banning those below 54mm to protect young fish. It’s also banned sales of six species of small fish, including the eel and yellow croaker. 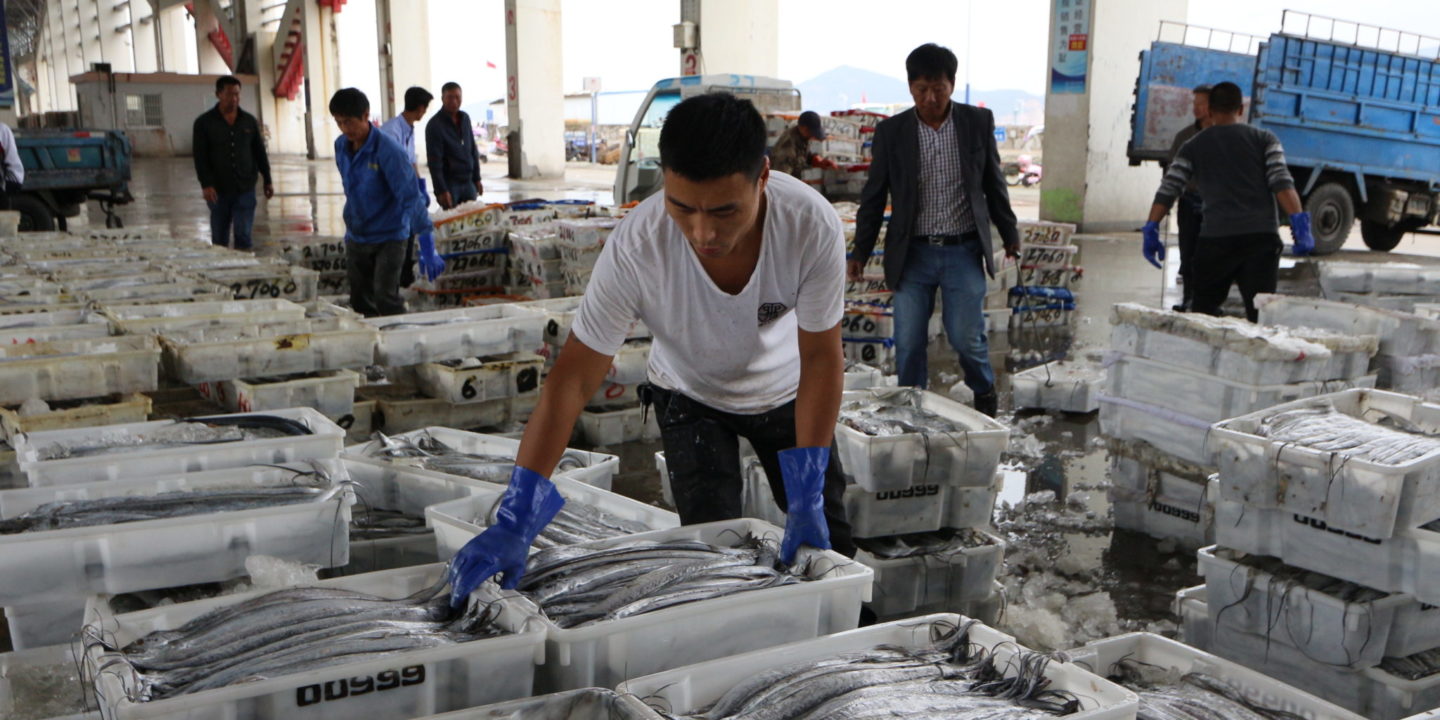 The Shipu Fish Market is busy again now the season has started. Eel are the main catch at this time (Image: Shi Yi)

But illegal fishing is hard to eliminate. With just two patrol boats, local fishery officials complain they cannot control what fishing boats do at sea.

Shen Haibin says complains that “the fishermen are losing out.”

Despite government efforts to reduce catches, Xiangshan is still home to 2,600 fishing vessels – roughly the same as in the early 1990s, only now with greater horsepower.

On shore, there are hotels, restaurants and modern apartment buildings. The local government wants to turn Xiangshan into a tourist destination.

A previously obscure festival to start the fishing season has become famous. In the past, the Shens explained, some fishermen would make a small sacrifice to the sea goddess Mazu in hope of a good catch and safe passage. Now the government has them make mass sacrifices and decorate their boats – and the hotels are always full. 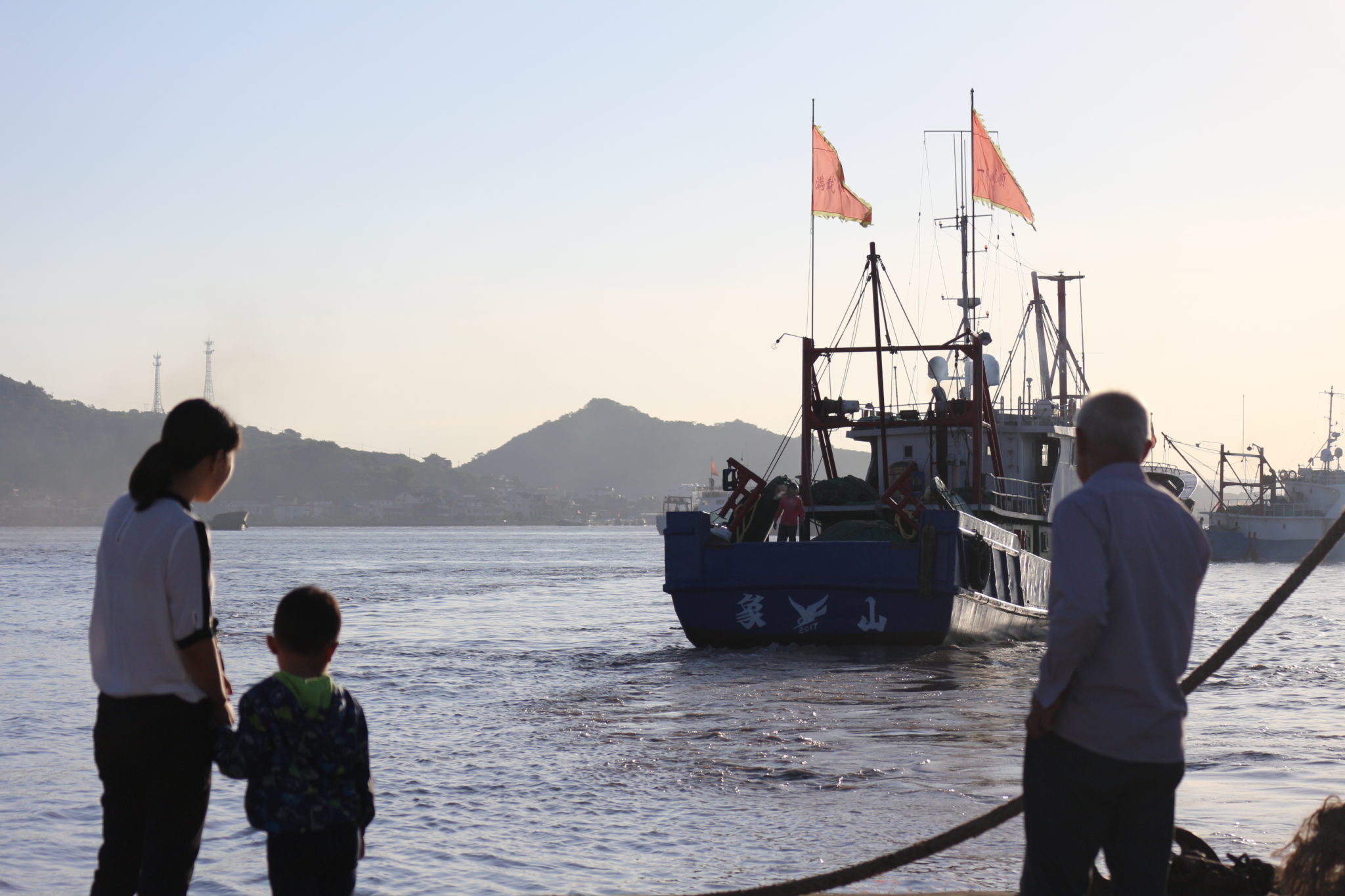 Shen Haibing’s father, wife and son see him off.

Forty-year old Shen Haibing has been considering a change of career but worries he’s too old. A friend of his quit to run a cold storage facility but the venture failed so he bought a new boat and returned to fishing. Most of those leaving the industry are already approaching retirement.

“It’s hard for a fisherman to quit,” says Shen, standing on the deck of his boat. But it may be harder to remain one.