Coastal and island countries are increasingly looking to the sea to provide food and jobs for their growing populations in an uncertain global economy. Roughly one third of the world’s assessed fish stocks are considered overfished. Experience shows that well-managed ocean fisheries can provide large economic benefits. In fact, the World Bank estimates that ocean fisheries could provide US$83 billion more each year if better managed.

Many poorer coastal and island countries try to make money by selling access to their fish-abundant waters to companies from richer countries with large fishing fleets. 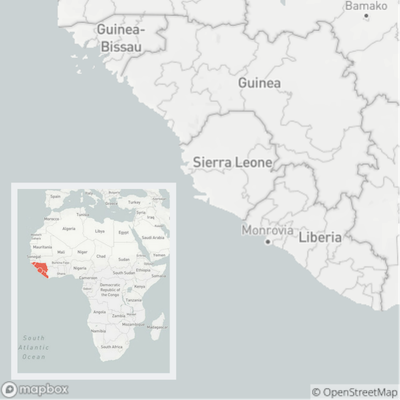 Such arrangements are widespread. An effort to track industrial fishing vessels, reported in the Science Advances journal in August, found that 78% of large-scale fishing in the waters of lower-income countries was carried out by vessels registered in higher-income nations.

Done well, these arrangements can contribute significantly to the development of lower-income countries. Since 2009, some Pacific Island countries have negotiated contracts for access to tuna stocks at least partially under their jurisdiction. The fees paid by foreign fishing companies increased public revenues in these nations by several hundred million dollars – at least a five-fold increase.

Arrangements where one country with jurisdiction over fish resources enters into trade with others that have fleets to harvest them can be “good” or “bad” deals for one or both of the parties, in economic terms. Of course, fish stocks have greater value than economics can measure, but using a trade lens allows governments, particularly finance agencies, to assess foreign fishing arrangements.

My colleagues (at Duke University, the World Bank and independent consulting firms) and I have examined foreign fishing arrangements off the coast of West Africa, where foreign trawlers have fished for decades. We wanted to help West African governments answer a basic question: in economic terms, is foreign trawling along their coasts a good or bad deal for them?

Coastal fish stocks in West Africa are economically valuable, and have been targeted for centuries by local small-scale fishers. It has been reported that foreign industrial fleets benefit from fisheries at the expense of West African countries and their local communities.

Information on this trade is sparse. As a starting point we built a database of fishing licenses issued to foreign trawlers from four West African countries for the period of 2005-2016: Guinea-Bissau, Guinea, Sierra Leone and Liberia.

Over this period, the foreign trawl fleet operating in the national waters of all four countries was dominated by vessels registered to China (47%), Spain (13%), South Korea (12%), Senegal (7%) and many countries with small percentages of the remainder.

We looked at government and public sources to estimate the total revenues and profits generated by foreign vessels from fishing in West African waters. Then we calculated how much went to governments in the region, via access fees, compared to how much stayed with foreign companies.

In 2015, the governments of Liberia and Sierra Leone received 5 and 8%, respectively, of the estimated total revenues generated by fishing activities (not including processing and consumption of fish). Meanwhile foreign companies reported losing money.

To put these results in perspective, in 2015 Pacific Island governments captured 12% of the equivalent value in 2014 – as opposed to an estimated 2, 5 and 8% in Guinea, Liberia and Sierra Leone, respectively. In the mining and petroleum sectors, governments often collect a much higher percentages of revenues, more than 40% in most cases.

These findings do not capture the full economic picture of the trade in West Africa’s coastal fishery. The fact that some foreign fishing companies are applying for new licenses despite appearing to lose money is curious. It suggests they are receiving subsidies or under-reporting their catches. Both may be occurring but the data is too coarse to tell.

For at least three of the four countries surveyed, the annual returns from this trade seem relatively modest. Of course, considerations for West African countries go far beyond the merely economic. Social and environmental impacts include conflicts between small-scale fishers or draw-downs of fish stocks below sustainable levels. In these cases, and where economic returns from the trade are relatively low, re-negotiating or discontinuing the trades may be a gain for West African countries.

These governments do not appear to have sufficient information about the stocks and profitability of fishing them to make well-informed decisions about trade with Chinese and other foreign fishing companies, including pricing access to resources accurately.

Without more information, it will be impossible for these countries to know if foreign trawling along their coasts is a good or bad economic deal. So we are starting round two of the research now, hoping to gain a much fuller and clearer picture.