On 1 April, China started restricting boat numbers in five squid fishing grounds, including in the Southeast Pacific and Southwest Atlantic.

The measure follows on from annual closed seasons in squid spawning grounds, which China has had in place since summer 2020 for its distant-water fishing (DWF) fleet.

According to the new policy, published by the Ministry of Agriculture in January, China’s squid fleet will “in principle” not be expanded, and the number of boats allowed to work particular fishing grounds over the course of a year will be capped.

The intention to rein in squid fishing was reiterated in February in a document on “high-quality” development of the DWF sector during the 14th Five Year Plan period (2021-25).

China is also planning a comprehensive rollout of electronic fishing logs and fishery observers, and exploring quotas for squid fishing as well as systems to prove squid has been caught legally.

The move signals that China is applying measures, which have proven effective at home, to the DWF fleet. During the 13th Five Year Plan period (2016-2020), China successfully controlled domestic fishing effort via limits on vessel numbers. “Dual controls” on vessel numbers and engine size, combined with catch quotas, brought down annual wild catch in Chinese coastal by 3 million tonnes – to under 10 million tonnes.

In 2020, Chen Xinjun of Shanghai Ocean University’s College of Marine Sciences, and others, published a paper saying that after 30 years of growth, China had become the world’s largest producer, market and consumer of DWF catch, and since 2009 had been the world’s biggest catcher of squid. China’s squid-jigging vessels is undergoing a period of upgrading and high-quality sustainable development, the paper found.

Most commercially caught squid species have lifespans of one to two years and population numbers are extremely sensitive to environmental variables such as water temperature. That complicates the job of sustainable harvest management. Take the jumbo flying squid fishery, managed by the South Pacific Regional Fisheries Management Organisation (SPRFMO), as an example. Though they don’t usually all operate at the same time, China has over 700 vessels authorised to be in SPRFMO waters, with 669 of those being fishing boats – more than any other nation. Several countries, including China, have developed models of squid populations to help in fishery management, but accurate assessments are difficult. SPRFMO’s scientific committee has called for countries to allow joint searching of catch data to improve those models. 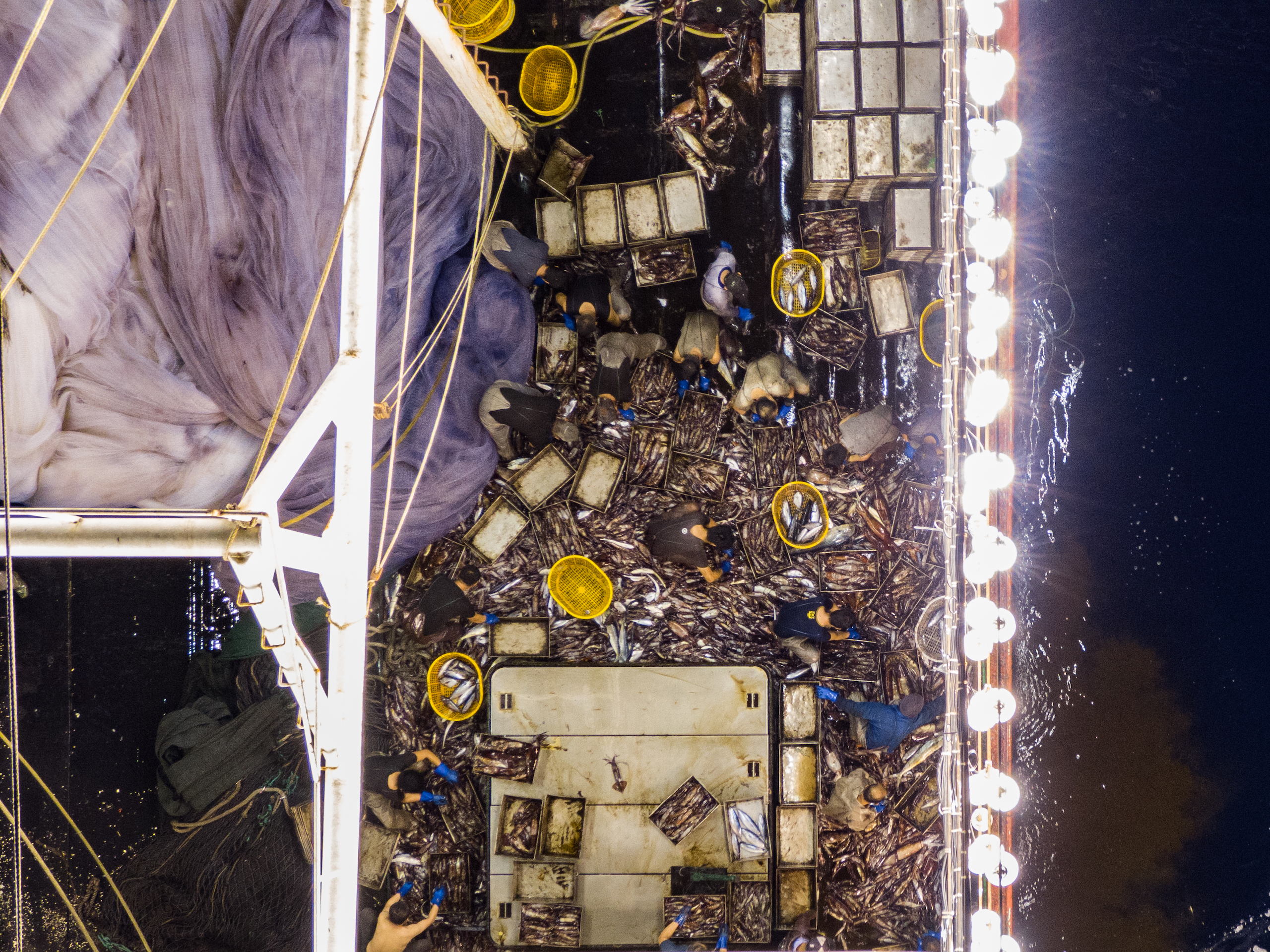 In a report last September, the scientific committee recommended that “fishing effort in the squid fishery be limited by both the number of vessels and the total gross tonnage of squid-jigging vessels.” Coastal nations could still expand fishing, the committee added. Given this, at the SPRFMO annual meeting in January, China proposed amending conservation measures to limit fishing effort, so that if nations which do not currently have authorised vessels or fishing activity wish to fish, boat numbers and tonnage would be restricted in line with the state of resources and historical fishing levels. After rounds of modifications to respond to various concerns, the proposal won support from many nations. Ultimately, though, there was no consensus and it was not adopted.

According to the scientific committee’s report, there is still scope to expand squid fishing. In 2020, the main countries catching squid in the SPRFMO area and nearby national waters were the coastal nations Chile and Ecuador, and China and Korea. Ecuador’s boats work mostly in its national waters, but in its 2020 summary it stated 373 boats had expressed interest in fishing on the high seas. The US, meanwhile, has no fishing boats working those waters, but has kept the possibility of doing so open.

In 2020, China voluntarily put closed seasons in place for its squid fishing boats in the South Pacific and Southwest Atlantic. Squid fishing in the Southwest Atlantic is not currently managed by an RMFO. An expert from the China DWF International Compliance Institute has told the media squid populations there are threatened by overfishing of juveniles and spatial shifts due to climate change. The three-month closed seasons allow squid to spawn, with the juveniles growing to 5-10cm in length and their weight increasing greatly, without the risk of being caught.

So far there is no information publicly available on how effective those closed seasons have been, but follow-up measures, such as China’s limits on squid-jigging boats, and it’s looking at the idea of quotas, are starting to appear. Under China’s plans, no more than 400 Chinese squid jiggers will be able to work in SPRFMO-managed waters this year, and no more than 300 in the Southwest Atlantic.

A small number of trawler and seine-net fishing vessels are indiscriminate, hauling up squid with no regard to age and with significant bycatch issues

Wang Songlin said that if the Chinese squid-jigging sector sticks to government policies, it will greatly contribute to the sustainability of squid populations in international waters. What policymakers still need to pay attention to, though, is a small number of trawler and seine-net fishing vessels. Those are indiscriminate, hauling up squid with no regard to age and with significant bycatch issues. In the process, some of them also destroy ecosystems on the seabed. “All countries, not just China, should reduce use of those methods,” he said.

“And those practices are worst in areas without regulation,” Wang said, explaining that while observer schemes are limited by staff numbers and Covid-induced lockdown measures, there are hopes to add in electronic observation to plug that gap: “New technologies are bringing the costs of electronic observation down, and in some areas it is already much cheaper than a human observer.”

He added that international cooperation will be essential for sustainable squid fishing on the high seas. As a major player in squid fishing, processing and consumption, China is beginning to fulfil its own obligations, and can also lead multilateral talks on the measures necessary to protect fisheries.

Chen Xinjun, also the head of the squid-jigging technology group at the China Distant Water Fisheries Association, has suggested that, alongside long-term monitoring of populations and bolstering international cooperation, China should promote the founding of an international organisation for responsible squid fishing. Such an organisation could discuss issues like stewardship of squid resources, vessel management and tackling IUU fishing, as well as work with others to explore sustainable development of the global squid fishing industry.