In January, the Ministry of Agriculture published its 14th Five Year Plan (FYP) for Fishery Development, a blueprint for the sector until the end of 2025. Annual seafood output is expected to increase from 2020’s 65.47 million tonnes to 69 million tonnes, while the limit for wild catch in Chinese coastal waters will remain at 10 million tonnes, and the number of large and medium-sized fishing vessels will be reduced.

Limiting wild catch and reducing vessel numbers has been at the heart of China’s fisheries policy since 2017, when provinces were told how many vessels to take off the water. By 2020, 40,000 working vessels had been taken off Chinese coastal waters, from about 270,000 in 2015, and the total catch reduced to just under 10 million tonnes, down from 13 million, according to the China Fishing Industry Yearbook. This was the first time wild catch had been below 10 million tonnes since 1995. During that same 2016–2020 period, China started piloting systems determining total allowable catches, and allocating these across vessels.

Given the continued limits on wild catches laid out in the 14th FYP for fisheries, the planned increase in seafood production will need to come primarily from aquaculture.

Structural changes during the pandemic, which subdued imports, also forced aquaculture to provide growth. An analysis from the China Fisheries Association published in May 2021 points out “[such changes] will mean further reliance on aquaculture.”

How can aquaculture help China reach its seafood target?

Rapid growth in aquaculture over the past two decades has shifted the make-up of China’s seafood production: by the end of 2020, aquaculture output was four times that of wild catch fisheries. The 14th FYP for fisheries stresses the importance of seafood for food security, and the trends in growth and in catch limits mean that aquaculture will continue to be more important, both in terms of its quantity and contribution to the total.

While growth in aquaculture might be good for food security, it isn’t necessarily good news for the environment.

According to research from Beijing Normal University, aquaculture took over 30% of China’s coastline between the 1980s and 2014. That has fragmented wetland ecologies: the salt marshes of the Yellow River delta have shrunk by almost 80%, for example. Meanwhile, effluent outflows and other pollutants from aquaculture are one of the main sources of pollution in coastal waters. Government inspections carried out since 2017 have often resulted in orders to remove or improve aquaculture operations.

In 2021, after years of work, local governments completed planning for coastal aquaculture to 2030, identifying zones where it will be permitted, restricted or banned. This should mark an end to disorderly expansion.

Ensuring there is space for aquaculture growth, and for that growth to be environmentally friendly, are essential parts of the 14th FYP for fishing. A few approaches were highlighted as examples where growth will be possible, including aquaculture in waters further offshore, and combining aquaculture with rice-growing. 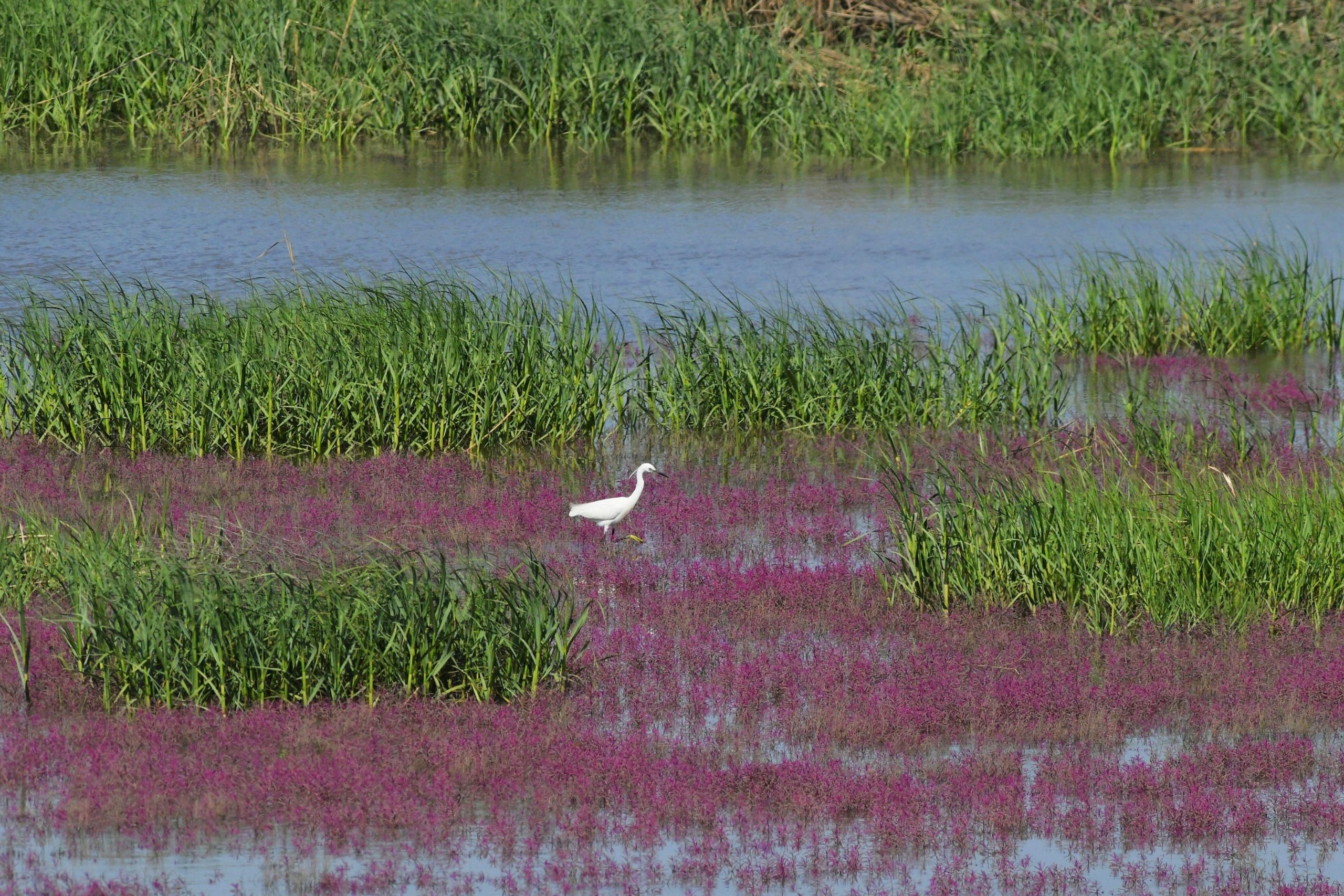 An egret forages among red Suaeda salsa plants in salt marshes, Qingdao, Shandong. The salt marshes of the Yellow River delta shrunk by almost 80% between the 1980s and 2014 mainly due to aquaculture expansion. (Image: SIPA Asia/Alamy)

Meanwhile, China is also set to standardise the design of aquaculture ponds and encourage more environmentally friendly methods, such as water recycling and combining with rice-growing.

Another notable inclusion is the setting of limits on residues of veterinary drugs in seafood, the first time China has included such measures in a Five-Year Plan for fisheries. This will help bolster safety and quality monitoring.

A 2021 action plan had already set out five ways aquaculture will be cleaned up: promoting more environmentally friendly methods; treating effluent; reducing use of drugs, replacing “trash fish” – that is, fish too small for human consumption, often used as animal feed – with compound feed; and improving genetic stock. Trials of compound feed as an alternative to trash fish have achieved a substitution rate of 77%, which should encourage nearby aquaculture operations to try this approach.

China even has hopes of using the Belt and Road Initiative, overseas operations of fishing firms and the UN’s South-South cooperation project to export leading and environmentally friendly aquaculture approaches to other nations.

The 14th FYP for fishing includes 12 targets, two of which are binding and 10 aspirational. The two bindings ones are restricting ocean fishing output and reducing vessel numbers.

Given that the total wild ocean catch in 2020 was 9.47 million tonnes, the 10 million tonnes target shouldn’t be too difficult to achieve. That figure is the highest sustainable catch based on China’s total ocean biomass being 16 million tonnes, an estimate that vice minister for agriculture Yu Kangzhen shared with the media in early 2017.

But the 14th FYP will also see China continue to help fishers tie up their vessels and change careers, and pay subsidies to reduce the catching of trash fish. That indicates the wild catch may further reduce.

Provinces including Fujian and Shandong have already, in line with Ministry of Agriculture and Rural Affairs policy, started paying out fishery stewardship subsidies to vessels which stick to closed seasons and responsible fishing practices. The aim is to reduce intensity of fishing and better look after and use fishery resources. The subsidies are calculated based on positioning information, fishing logbooks, the use of designated landing ports, protection of ocean mammals, and percentage of trash fish in the catch. A study which examined the catches of over 800 fishing vessels nationwide estimated that 35% of the catch in China’s exclusive economic zone is trash fish. Reducing that amount will help reduce the overall catch. “Trash fish” is also a misleading phrase, as many smaller fish are juveniles essential for sustaining populations. 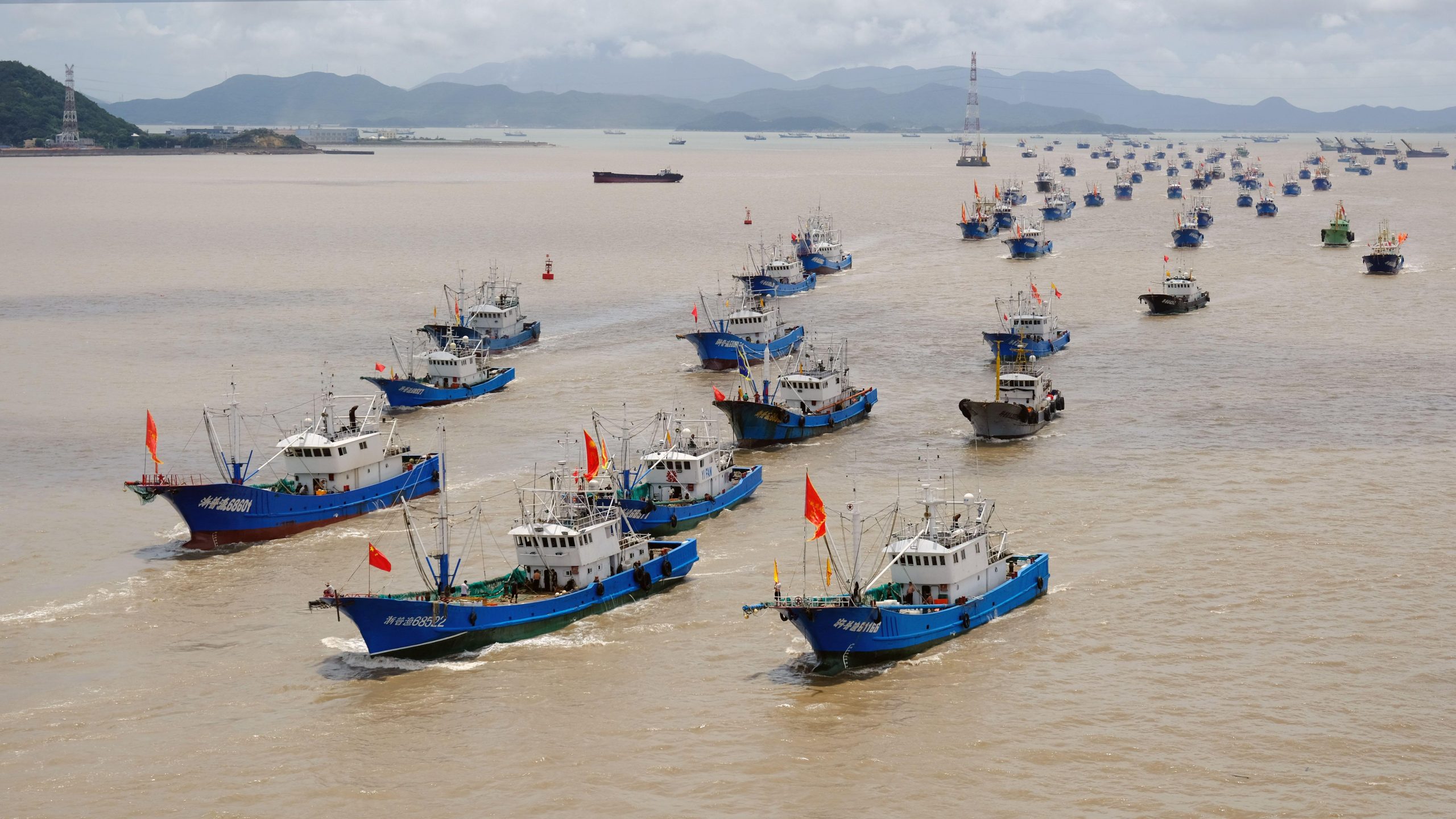 Reducing vessel numbers won’t necessarily reduce output, but it will cut fishing effort in terms of vessel capacity. Some provincial plans indicate that considerable work will be done to cut boat numbers. Zhejiang is aiming to cut the number of vessels working in Chinese waters by 3,000, or 300,000 kilowatts of power. That is equivalent to 20% of all reductions made by coastal provinces during 2016–2020.

Fisheries management has got significantly tighter since 2016. Closed seasons in all of China’s fisheries along its coasts have been extended by a month, to three to four months, and over 100,000 vessels without the necessary registrations have been confiscated. Meanwhile, alongside controls on total overall catch, provinces are starting to put total allowable catch (TAC) systems in place for certain species of fish. The 14th FYP period will see more TAC systems rolled out.

Between 2017 and 2020, all coastal provinces started TAC pilots. But most pilots focused on one species, and not usually a commercially fished one. The length of the pilots did not allow effective monitoring systems to be set up. And for various reasons, many pilots were not extended – much less widened to cover more species. But the 14th FYP for fishing said more TACs should be done, opening up the opportunity for more pilots. Wang Songlin, president and founder of the Qingdao Marine Conservation Society, and Sun Fang, manager of the Environmental Defense Fund’s Oceans Program, were involved in those pilots, and are happy to see them continue.

TAC systems manage fishing at the output end. The two major difficulties with this approach are estimating available resources, and ensuring TAC quantities are stuck to. A progress report on the pilots, produced by the Natural Resources Defense Council and the Environmental Defense Fund, together with the Qingdao Marine Conservation Society, explained that setting TAC limits requires adequate survey and historical catch data, but currently, that is limited, and figures in the pilots were based on only recent historical catch. A lack of monitoring when catches are trans-shipped or unloaded are also problems for TAC management.

Port and fishing vessel management reforms, underway since 2015, are starting to shift the focus of that work towards the ports. Port-based management uses measures such as port entry and exit reports (hail in/hail out) and designated sites for landing catches, along with vessel access rules and oversight of fishing gear, and checks on catches. The next five years will see enforcement and monitoring personnel based at first-tier and designated catch landing ports. Also, fishing vessels will be required to hail in and out of port, with real-time position monitoring. The use of designated landing ports will also be explored.

Distant-water fishing: out of sight, not mind

While the coastal fishing sector is set to shrink, distant-water fishing is to see “high-quality development”. That includes sticking to the 2.3 million tonnes catch level of the 13th FYP period, with more monitoring and better compliance with international fishing treaties.

Distant-water fishing will not be the main driver of growth in China’s seafood output, but it is an important part of upgrading the industry. And, in a way, it is part of China’s diplomacy. China has inked fishing deals with 20 nations across Asia, Africa and Latin America, and has signed up to eight regional fishery management organisations. Alongside keeping fleet and catch size stable, the Ministry of Agriculture said in February that it will “promote a comprehensive system of distant-water fishing oversight including vessel positioning, electronic fishing logs, remote video monitoring, supervision of trans-shipments and product tracing.”

If China is to improve compliance with international treaties, it will have to implement fishery conservation measures that are in common international use. China’s first distant-water fishing vessel only set sail in 1985 – but it now has over 2,700. As the fleet has expanded, disputes have become more common. As part of efforts in 2016–2020 to formalise fishing activity, China required vessels to comply with international fishing treaties and established a system for assessing compliance. It also put China’s first voluntary closed season on the high seas into effect, for squid fishing, and for the first time sent observers to monitor trans-shipments on the high seas.

And in the coming five years, China is set to continue to bolster its capabilities to regulate and study fishing on the high seas and at the poles. This will include a traceability and certification system for squid, and exploring the possibility of a TAC system once catch monitoring is in place. Also, it will follow up on the China distant-water squid index by developing a China distant-water tuna index. The squid index is made up of separate measures for squid pricing across the major oceans, resource abundance and industry outlook, and is used to monitor development of squid fishing and distant-water fishing. The index requires more scientific and accurate assessments and predictions for fishing grounds and resources. Its guidance on price setting will also help fishing sustainability.

The 14th FYP will see China’s fishing industry continue on the same path as during the 13th FYP, with continued improvements. As Liu Xin, head of the fisheries department at the Ministry of Agriculture, has told the media, the transitions and upgrades underway will not happen overnight, but will take multiple five-year plans to complete.

Protecting the ocean, from the land

A healthy ocean is key to China’s ecological civilisation