In December last year, participants at the annual meeting of the Western and Central Pacific Fisheries Commission (WCPFC) agreed to increase the catch quota for Pacific bluefin tuna. In 2022, 15% more fish over 30kg can be caught compared to 2021. No change was made for smaller bluefins.

This is the first increase since the quota was introduced in 2015, and comes accompanied by another change: for the coming three years, 17% of the previous year’s quotas can be carried over, compared to 5% originally.

Perceived increasing stocks are the reason for the quota increase, with the above chart showing strong and promising growth in Pacific bluefin populations in the past decade. It is based on modelling by the WCPFC’s Scientific Committee, and is commonly regarded as justifying the quota increase.

Various tuna species live in the waters managed by the WCPFC, and they are showing different trends in the data: biomass of bigeye tuna remains at historically low levels; yellowfin is improving somewhat; but only the bluefin looks to be doing well enough to justify a higher quota. The recovery in some species is cheering: efforts on fishing sustainability over the last decade and more are seeing results. There is no question that this is a milestone for sustainable fishing. But despite the positive trends, it is still too soon to raise quotas.

The catch data used to estimate stocks of the Pacific bluefin comes mainly from logbooks of Japanese longline fishing boats. As the biggest tuna fishing nation in the western and central Pacific, 78% of the Pacific bluefin quota goes to Japan, and Japanese boats contribute almost 80% of catch data. That data is valuable for monitoring and assessing tuna stocks – but it is also questionable.

The data from Japanese longliners is vital for regional fisheries management organisations, including the WCPFC, when estimating population sizes for the major tuna species (such as northern and southern bluefin, bigeye and yellowfin). One of the most important data points for estimating bluefin stocks is the catch per unit effort (CPUE) index, calculated from catch data.

Catch per unit of effort (CPUE) is total catch divided by fishing effort involved. It may be expressed as kilograms of fish per boat-day, for example. Declines in CPUE can indicate fish populations are unable to support the level of harvesting imposed on them. Increases can indicate population growth, though CPUE is only as good as the data fed into it.

However, there is little information on how accurate the Japanese logbooks are, with next to no cross-verification from independent monitoring or checks on landed catches. It is generally thought that most of the illegal, unreported and unregulated (IUU) fishing that occurs on parts of the high seas managed by regional fisheries management organisations is carried out by vessels from nations not signed up to the relevant organisation, or sailing under flags of convenience. Catch data from member or non-member cooperating nations are usually taken at face value, with no need seen for independent monitoring or verification of catch quantities or effort. But the Commission for the Conservation of Southern Bluefin Tuna (CCSBT)’s scientific committee has long been calling for independent monitoring of fishing, to ensure more accurate estimates of population sizes. 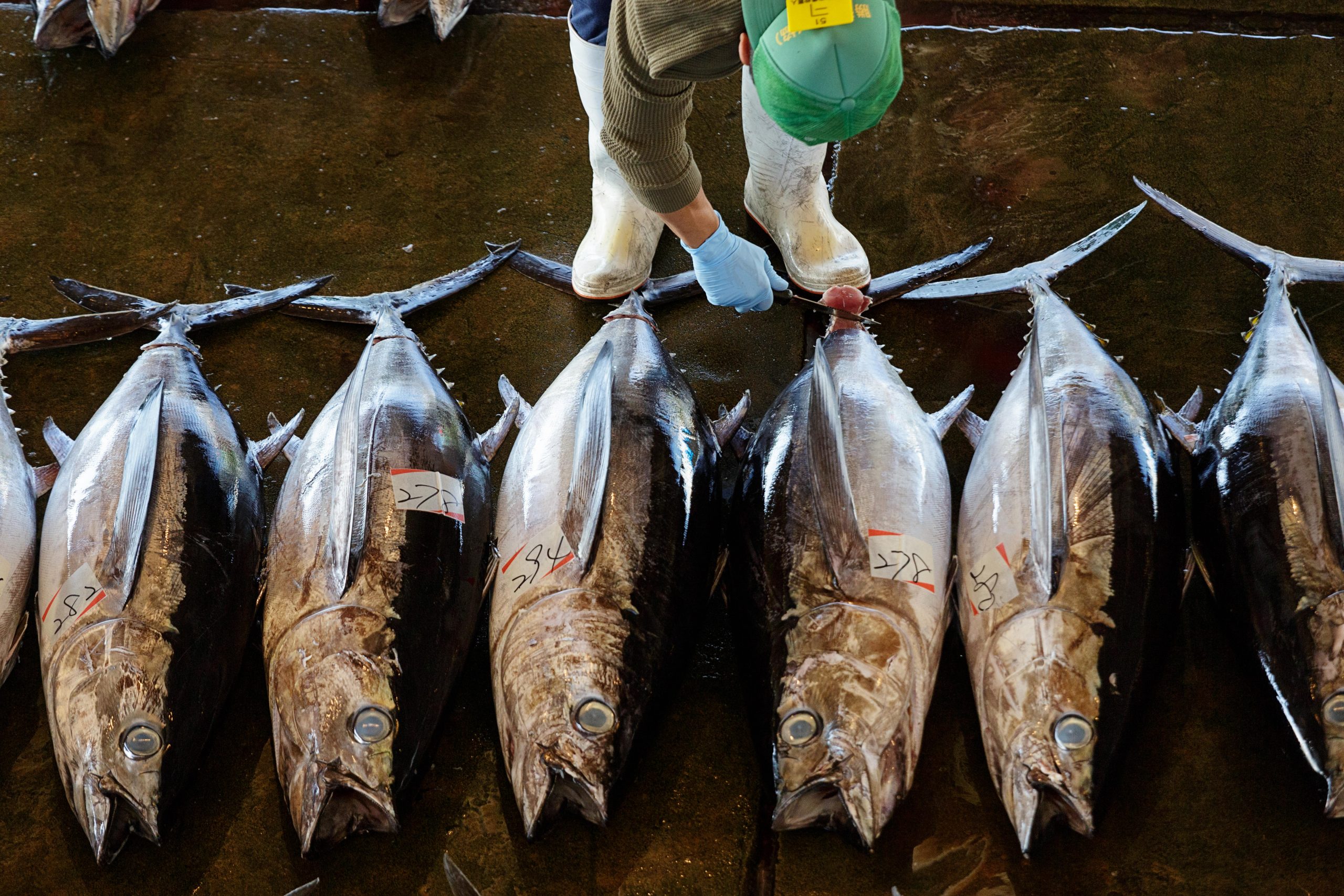 The CCSBT’s annual report makes reference to a 2006 review of Japanese market statistics carried out by an independent panel, which covered bluefin catches. Based on that review, the CCSBT concluded that bluefin catches by Japanese longline fishing boats have been significantly unreported since at least the early 1990s. Although there is debate over the review and it is not certain which vessels are responsible for IUU fishing, the CCSBT’s scientific committee assumption was that much of the unreported catch was coming from Japanese longliners.

And as Japan is also the biggest consumer of bluefin tuna, the country has become the biggest lobby for boosting quotas. It has proposed increases of between 15% and 20% every year since 2018, on the basis that the Pacific bluefin is recovering. Other countries, including the US, have opposed this, saying population numbers remain very low. However, at the meeting in December last year, the proposal was unexpectedly passed, perhaps due to the stock estimates showing continued increases.

Given the difficulties of verifying data reported by Japanese fishing boats, the profits to be made from the country’s consumption of bluefin tuna, the political efforts Japan has made to get the quota increased, and the possibility of ongoing IUU fishing, we have cause to question the accuracy and completeness of data coming from the largest stakeholder.

Should quotas increase at the first sign of growth?

Even if Pacific bluefin tuna stocks are, as suggested by the WCPFC modelling, showing signs of recovery, substantial increases in quotas would be unwise. Fishing more, simply because a species is doing better than it was 10 or 15 years ago, clearly runs contrary to the principles of sustainable fishing. Long-term overfishing caused tuna stocks to plummet. That deficit must be made up.

According to the International Union for Conservation of Nature’s Red List of Threatened Species (updated on 15 January 2021), six out of seven of the main commercially fished tuna species, excepting the southern bluefin, are seeing population decreases – including the Pacific bluefin. It is clear that these species still need cautious stewardship. Dr Tom Pickerell, executive director of the Global Tuna Alliance, has called for the WCPFC to improve its catch management plans in order to ensure the sustainability of tuna fishing within the waters it manages.

Moreover, the biomass of the Pacific bluefin is still far lower than its recorded peak, even if the WCPFC’s models are accepted.

A healthy ocean is long gone, with the course of industrialised fishing having eroded fish populations. Early fishing catch data is rare and hard to verify. But looking only a decade or so back and concluding that quotas can be increased will only take us even further from a healthy ocean.

Wider-reaching and stricter short-term conservation measures will have better economic and ecological outcomes. With the scientific facts not yet established, the better long-term choice would be to steer a steadier course.

How to use seafood tracing data?