On and off for almost four years now, vast quantities of dead seaweed have been washing up along beaches in The Gambia.

The “Smiling Coast” of West Africa, as the country is affectionately known, has long been popular with tourists who enjoy its white sandy beaches and the lodges that are nestled among clumps of coconut palm. But near three fishmeal factories located in the fishing villages of Gunjur, Sanyang and Kartong, decomposing seaweed has become a menace.

The stench of the brown algae can be unbearable for nearby businesses and residents. Tourism has suffered, with swimmers unable to get into the water, and visitors avoiding the beaches. 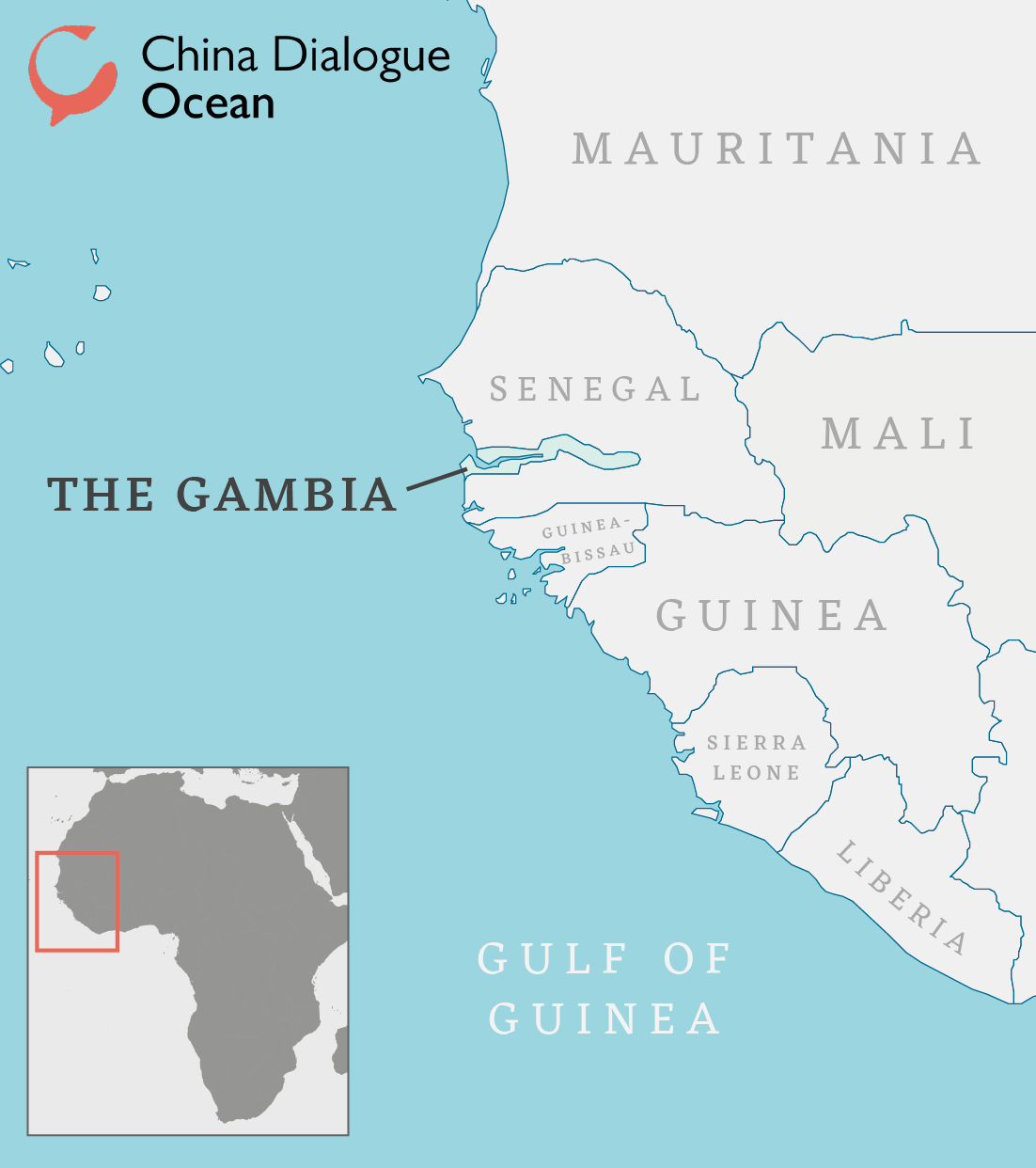 Small quantities of seaweed are common in a marine ecosystem, especially after storms. But since the arrival of the fishmeal facilities, an enormous amount has been washing ashore, along with dead fish. The foreign-owned factories grind down small, open-ocean fish such as bonga and sardinella into powders and oils for aquaculture and livestock industries overseas. At the same time, they pump into the ocean untreated wastewater, full of phosphates that promote the growth of the algae that suffocates marine life.

As well as campaigning, activists in Gunjur have collected samples of wastewater from the nearby Golden Lead fishmeal factory, and sent it to a company called Reef Analytics in Germany to be examined.

According to Ahmed Manjang, a leading activist and microbiologist in Gunjur, the wastewater contained “high quantities of organic matter that caused eutrophication”. This is the term for excessive richness of nutrients in the water, which in turn leads to excessive growth of plants that then decompose, depriving marine animals of oxygen. 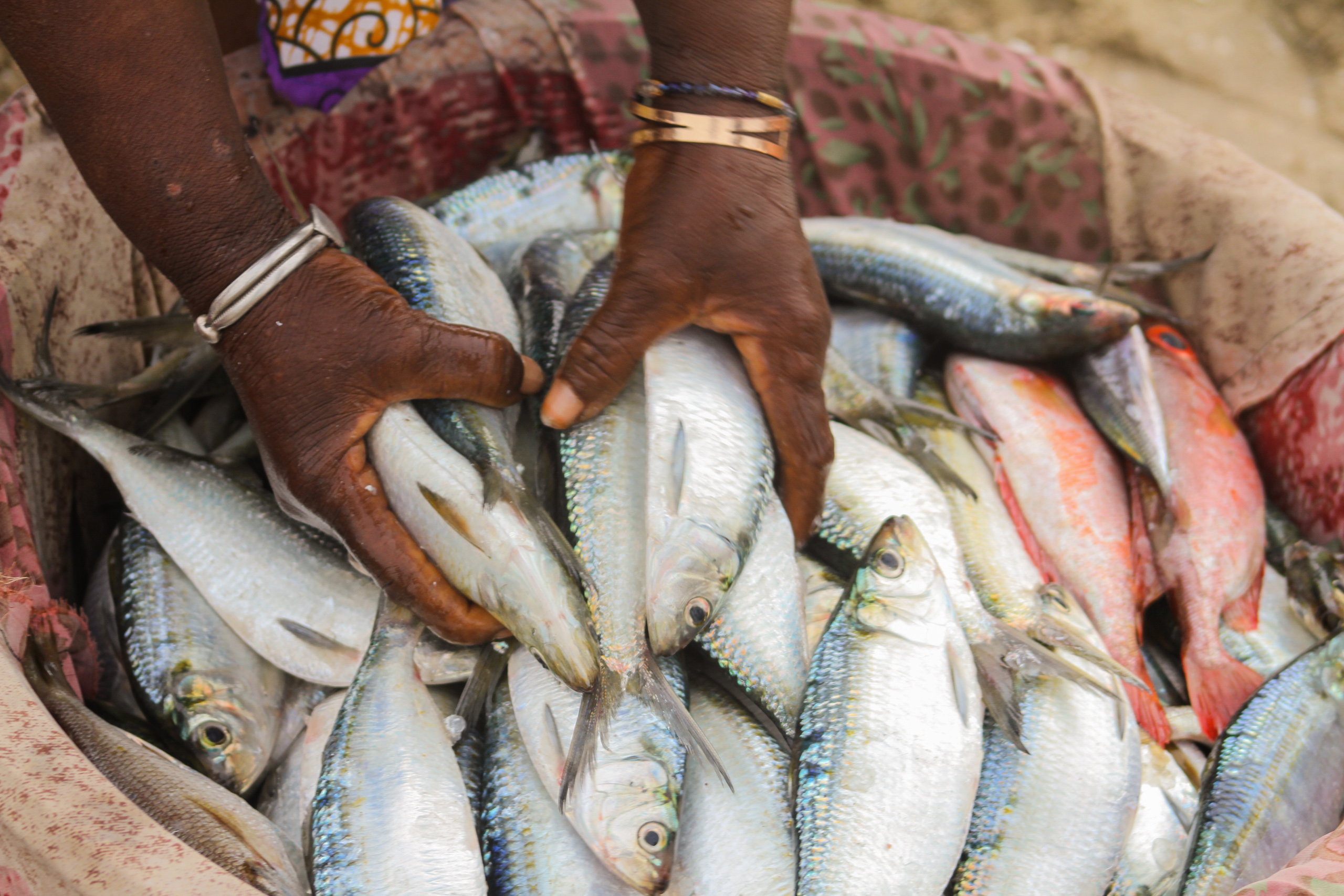 The three fishmeal factories that have sprung up along The Gambia’s short coastline since 2015 have not only caused pollution, but also lead to overfishing, posing a threat to food security (Image: Mustapha Manneh / China Dialogue Ocean)

The Gambia’s first fishmeal plant began operating in 2015. It caused smells that irritated tourists and, for many, signalled an economic and environmental disaster for the country. Despite this, the number of facilities nationally has since increased to three.

Gambian coastal waters are known for their abundant fish. But the fishmeal factories have posed a threat to food security, both through eutrophication and overfishing to supply the fishmeal factories with raw material. The factories’ failure to operate in an environmentally friendly manner has provoked protest from some locals, including young people, many of whom had been promised jobs and felt betrayed by the owners.

The Gambia’s 1994 National Environmental Management Act specifies that “no person shall discharge dangerous material, or substance into any water or any segment of the environment except per the regulation prescribed by the council.”

There is currently no specific fine for illegally discharging waste into the ocean. Activists say this has created room for corruption and compromise. “Because there is no specific fine for such act, the government officials involved in dealing with illegal waste dumping are compromised” environmentalist Omar Saho said.

In 2017, the Golden Lead factory paid an out-of-court settlement to the government of US$25,000 after discharging wastewater without approval from the authorities. They were also asked to pay for the testing of the already contaminated water. 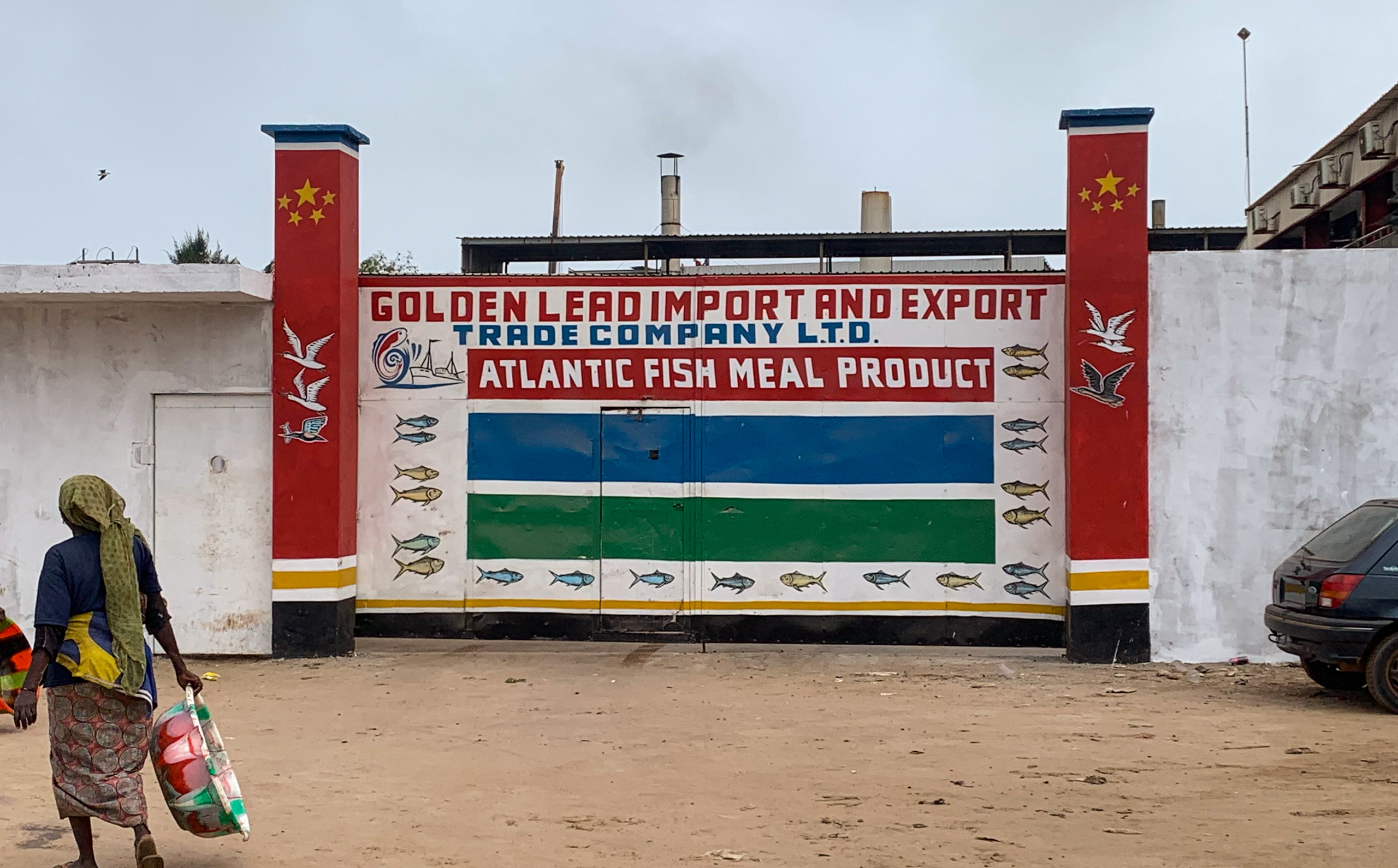 The fisheries ministry is yet to conduct any scientific research on seaweed blooms, but its director, Anna Mbenga Cham, believes factory wastewater is the likely cause. “I doubt if the inland sewage causes the seaweed bloom. We will monitor the seaweed situation with the fishers there,” she added.

The director also pointed to a lack of coordination among government ministries as making it more complicated to address the fishmeal problem. “This is not only the Ministry of Fisheries’ responsibility,” she said.

Impact on the ecology and tourism

Experts warn that discharging untreated wastewater into the ocean can lead to mass die-offs of fish, crabs and other marine species.

The biggest threat comes from the deoxygenation of water as blooms of algae decompose. Maiyai Taal Hocheimy, director of the GREAT Institute, a Gambian marine and coastal research centre, details another threat: “If there is too much seaweed, it will cause hypoxia. There are plants in the water that need sunlight to grow, and if there is too much seaweed, they won’t grow.”

The seaweed, a species of sargassum, is causing fishers enormous problems. “It damages our fishing nets and… affects our catches,” says Abdou Jeng, a fisher from Gunjur. “Our business is affected; I have never seen this amount of seaweed so frequently ashore.” 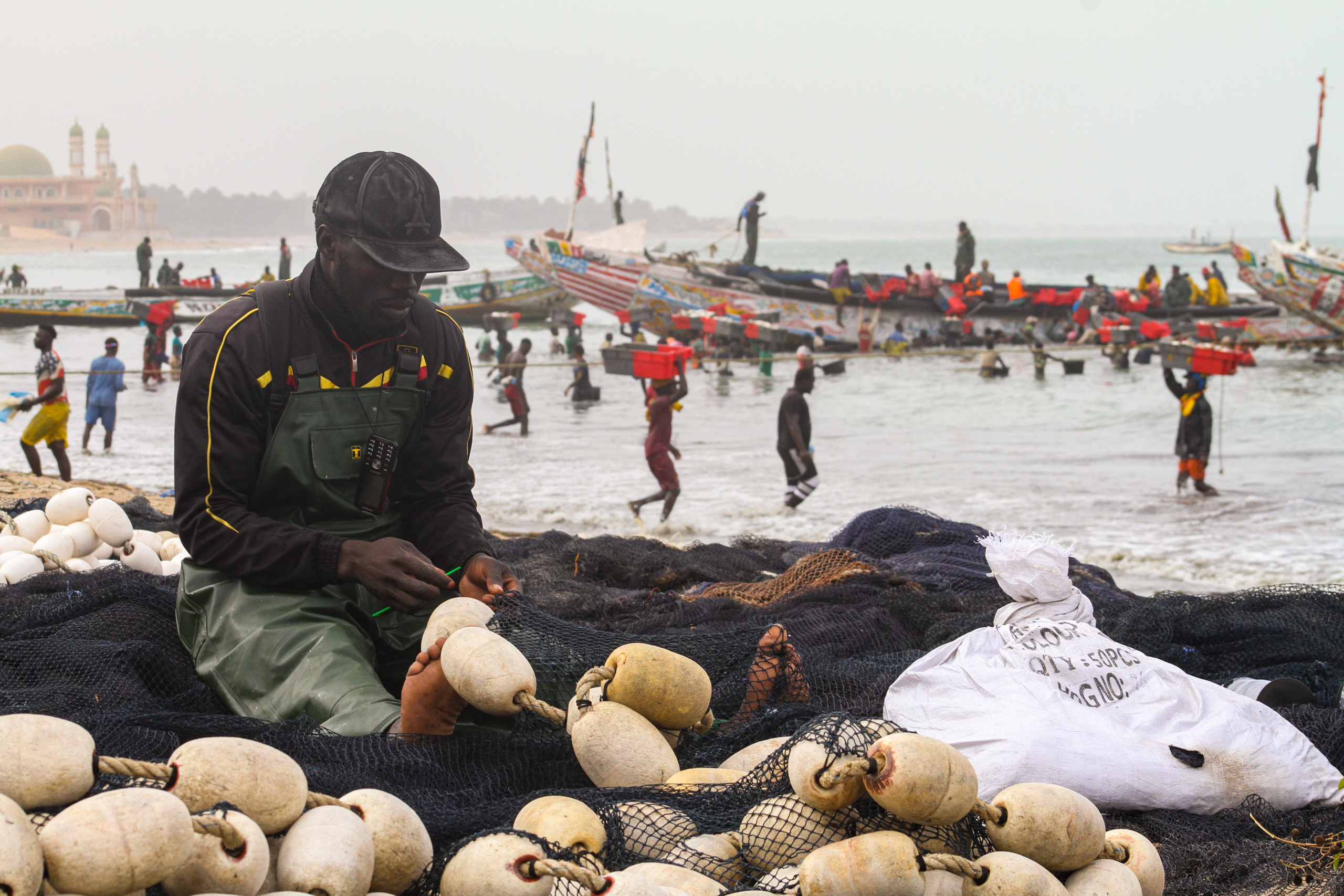 The ocean is a vital source of protein for people in The Gambia, not just along the coast, but inland too (Image: Mustapha Manneh / China Dialogue Ocean) 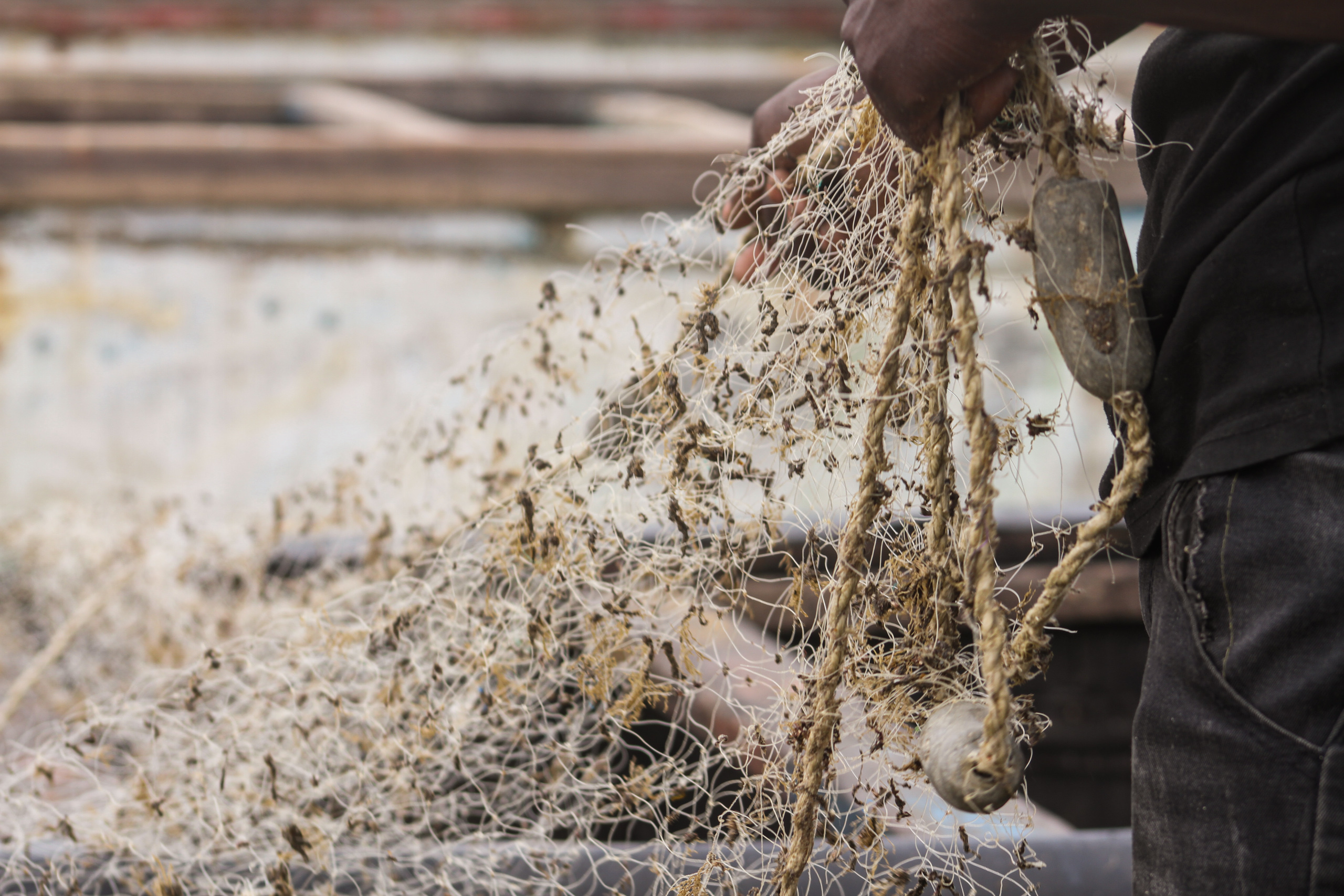 “The ocean serves as the main protein supplier for the Gambians while serving as a job opportunity for many,” says Muhammed Hydara, of the NGO Gambia Environmental Alliance. “We are concerned about fishmeal wastewater discharged in the sea and demand proper management of fishmeal plants.”

In 2019, tourism contributed 20.8% to The Gambia’s GDP. The country has been a popular destination for visitors, and its sandy beaches have attracted thousands of tourists annually. But the sector has suffered from the joint shocks of the seaweed and the Covid-19 pandemic.

“Walking on seaweed is the most uncomfortable thing guests can do. It’s not safe barefoot because you can get cut… The seaweed mixed with dead fish gives an unpleasant smell,” said Lamin Jawla, proprietor of the Rainbow Resort beachfront hotel and restaurant in Sanyang.

Hotel owner Lamin Jawla says the fishmeal factories and the seaweed blooms have had a big impact on beach tourism in The Gambia (Image: Mustapha Manneh / China Dialogue Ocean)

“Swimming was my hobby but now, I can’t swim in the ocean anymore,” said Karamo Touray, a resident of Gunjur.

In the absence of any official response, young people have taken on the task of regularly clearing the seaweed from the beaches along The Gambia’s entire coastline. “Every year, the number of volunteers increases. In our recent clean-ups, around 200 volunteers joined,” says Muhammed Nyass, the coordinator of Gambia Ocean Heroes, a learning project under the GREAT Institute that aims to reduce coastal pollution.

Ocean pollution from agricultural run-off, plastics or extractive industries is a large and global problem. In The Gambia, the recent rise in ocean pollution appears to be linked to one particular cause – fishmeal wastewater discharge – one that could be tackled, with the right steps.