Senegal has seen a rapid and unchecked expansion in fishmeal factory operations in the past decade. But not all of its citizens are sitting idly by.

The coastal community of Kayar has taken a Spanish company to court, claiming its factory has contaminated drinking water with pollution that has endangered lives.

The case, which sought a temporary closure of the Barna fishmeal factory, was dismissed in November. But the regional branch of Greenpeace does not see this as a setback.

“We have confidence that the law will protect female fish processors and fishermen, make fish affordable and available to people again, and that children will be protected from factories polluting their environment,” said Aliou Ba, senior ocean campaigner at Greenpeace Africa, in a statement.

The Barna factory has been operating since 2019 and is one of eight registered fishmeal factories in Senegal. Similar factories have also been established in neighbouring The Gambia and Mauritania, to provide feed for the European and Asian aquaculture and livestock industries.

These factories are hurting artisanal fishers, as mechanised fishing trawlers supply them with large quantities of small fish that would otherwise be available for the artisans.

There has been growing activism in local communities, which are also suffering the impacts of poor waste management and pollution.

The first hearing, in September this year in the Senegalese city of Thiès, was described as historic, given the low level of litigation on environmental issues previously brought by citizens in West Africa. The proceedings were followed by large numbers from the community, concerned citizens and environmental advocacy groups.

People from the city of Kayar presented laboratory evidence of dangerous levels of certain elements in drinking water, and video footage of a fishmeal factory truck dumping waste in a lake connected to supplies of drinking water.

Water samples from the lake and from tap water had been examined by the University of Dakar’s Faculty of Medicine. The level of selenium in the tap water was 30 times higher than the national standard allows, while chromium was four times higher. In excess amounts, selenium can cause vomiting and diarrhoea, while chromium can cause stomach irritation and damage to the reproductive system. High levels of both elements may be found in untreated waste waters.

“Due to the fishmeal plant waste discharge into our land, we can’t drink the tap water. We have to buy water from the shops to drink, which is expensive for us, considering our low earnings,” fish processor Diaba Diop told China Dialogue Ocean.

The judge dismissed the case on 3 November saying there was reasonable doubt that the fishmeal factory was the cause of the water pollution.

“This kind of litigation is new in Senegal and it will take time for our court system to understand the magnitude of the case. We are very disappointed with the judgement but will continue to fight for justice,” Mor Mbengue, a 42-year-old fisher, told China Dialogue Ocean. 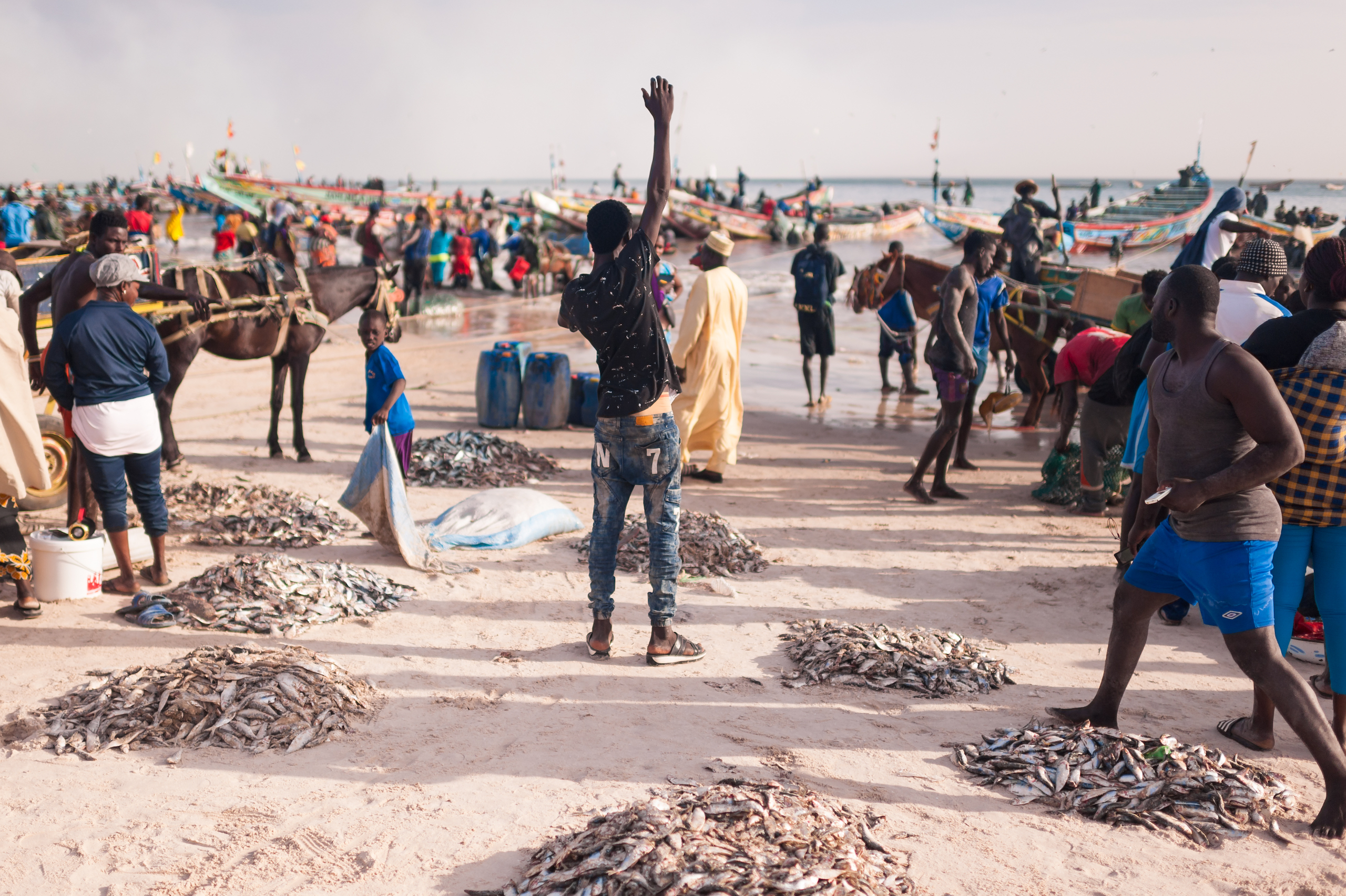 Greenpeace’s Ba hopes that this litigation means local communities will now know their rights, paving the way for other legal action against any factories that violate national environmental laws.

Greenpeace Africa has been campaigning for better regulation of fishmeal operations in the region. They want West African governments to stop fishmeal plants from using fish that is fit for human consumption.

He says the failure of the legal action demonstrates the need to strengthen regional advocacy. “The governments in the regions should grant women fish processors and artisanal fishermen a legal and formal status, opening access to labour rights and benefits, such as social security and consultation rights in local fisheries management.”

In the neighbouring country of The Gambia, similar resistance has been growing, and environmental activists have been calling for more regional campaigns against the fishmeal plants.

“The threat to food insecurity within West Africa has no boundary,” said Muhammed Hydara, secretary general of the Gambia Environmental Alliance. “If the community of Kayar in Senegal are suffering from injustice and overexploitation of fisheries resources, while being deprived of the cheapest source of protein, we in The Gambia should stand with them,” he added.

In 2017, Gambia’s environment agency sued the owners of Golden Lead, a Chinese-owned fishmeal plant in Gunjur, south-western Gambia, for discharging untreated wastewater into a lagoon. However, an intervention from Gambia’s government resulted in an out-of-court settlement and the factory’s operations continued.

Gunjur environmental activists filed a suit against the same company for discharging untreated waste into the ocean via pipes, but the matter is still at a standstill before a high court in Banjul.

“The main reason we sued Golden Lead… is to set a precedent. Many locals are afraid of prolonged court process and cost attached but we still went ahead,” Lamin Jassey, an activist from Gunjur. “For three years, our file against fishmeal has been at the court and nothing has been done. Lots of adjourning and we are yet to have a proper proceeding. This tells us how powerful fishmeal companies can be in West Africa.”

The Kayar community’s years of mobilisation, protest and lobbying work has forced the Barna fishmeal plant to claim they have transferred the ownership to local management. But some people have reservations.

“I haven’t seen any changes of ownership transfer in the ownership official document. I think that claim was only to fake the situation,” a man who prefers to remain anonymous told China Dialogue Ocean. For the Kayar community, it’s a legal battle worth fighting.

“This outcome only strengthens our resolve. Should we let this go on, then one day corporations will take the last fish out of our seas. And the factories like the one in Kayar will turn the last fish into fishmeal, and sell it to other countries to feed their animals,” a Greenpeace spokesperson said.

Women anchor global fishing, but get a raw deal