It was meant to be a pivotal year for deep-seabed mining. But the coronavirus pandemic is threatening to upend the drafting of regulations on the nascent industry.

The International Seabed Authority (ISA), an autonomous United Nations organisation that governs seabed mining, had set 2020 as the deadline to adopt a “mining code”. Those regulations would permit extraction of cobalt, nickel and other minerals in the deep ocean beyond national jurisdiction. Delegates had been expecting to make substantial progress on the mining code at the ISA’s annual meeting in July, as well as to vote on the re-election of the secretary-general, Michael Lodge, for another four-year term.

To add to the uncertainty, mining company DeepGreen is considering invoking a never-used rule that would compel the ISA to allow mining to proceed within two years under whatever regulations are in place at that time.

Earlier this month, the ISA was still planning for the July meeting at its headquarters in Kingston, Jamaica, despite international travel bans and the cancellation of every other major UN conference. “Our important work is continuing largely uninterrupted,” an ISA spokesperson said at the time.

But on 19 May, the ISA announced it was postponing its meeting until October.

“The secretariat … will continue to work closely with the government of Jamaica to ensure that the work of ISA can proceed as efficiently as possible,” said Lodge in a statement.

The postponement will likely intensify disputes among the ISA’s 168 member states, mining contractors and conservationists over how to proceed with writing regulations, particularly environmental protections.

“It is crucial to ensure that the current crisis is not used as an excuse to ‘fast-track’ any decision-making by curtailing the prevailing norms of due process, inclusivity and good governance,” says Duncan Currie, an international lawyer and member of the Deep Sea Conservation Coalition, which holds observer status at the ISA.

The ISA has issued 30 contracts to state-backed companies, multinational corporations and start-ups to explore more than 1.3 million square kilometres of the seabed. China holds five contracts, more than any other country, that give it the right to explore and potentially exploit 238,000 square kilometres (almost the size of New Zealand).

Deep-sea minerals: what could be mined and where 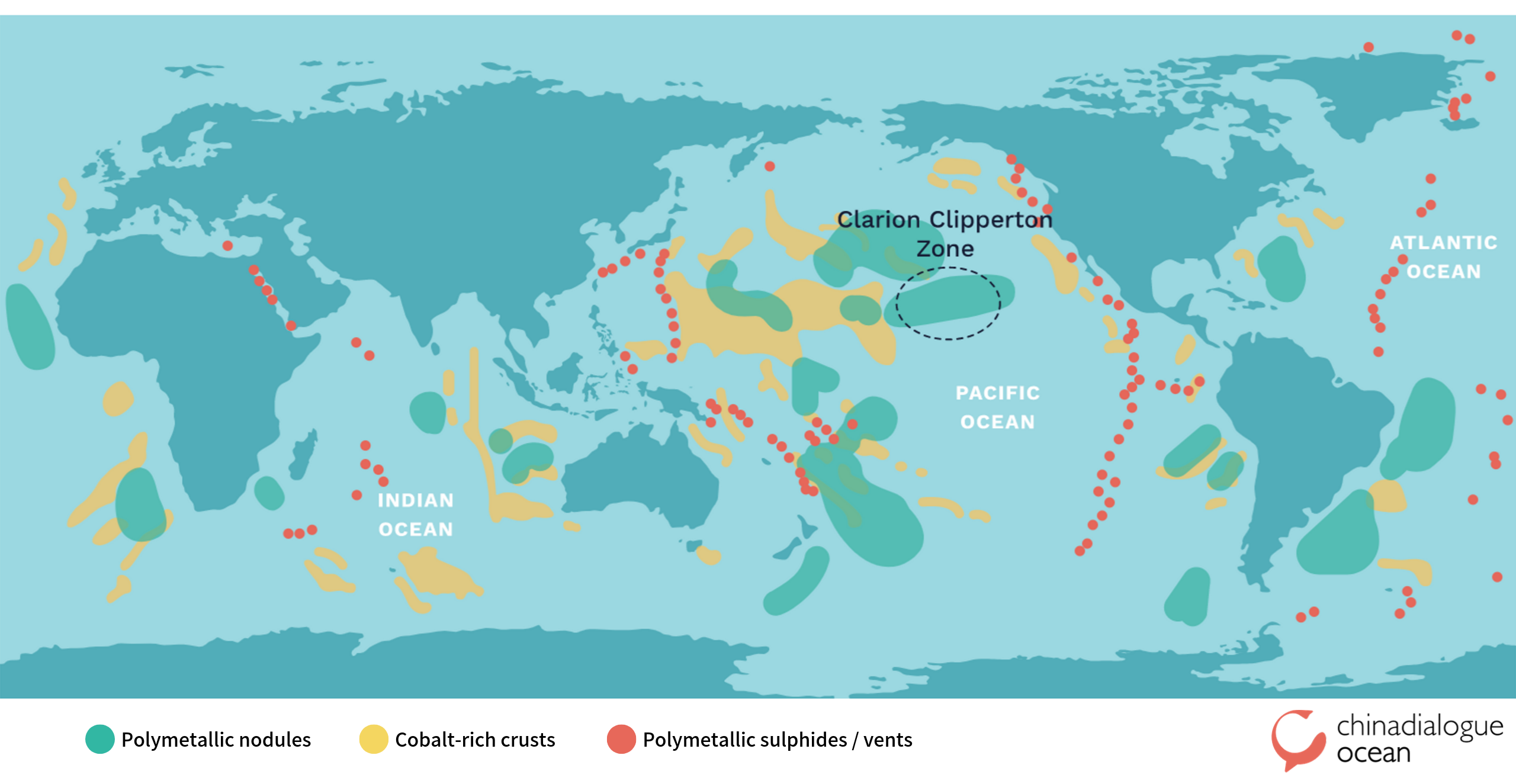 “We want the mining code finalised,” says Gerard Barron, chief executive of DeepGreen, a Canadian-registered company that holds three contracts to prospect the Pacific Ocean seabed for polymetallic nodules. “We as a contractor hope to be in operation in 2023 and we’re going out on a limb because of the extensive work and money we’re investing now. Investors want to see certainty.”

That has led DeepGreen to consider triggering the so-called two-year rule, or what some observers have dubbed the “nuclear option.”

Under the UN Convention on the Law of the Sea, the sponsoring state of a mining contractor can notify the ISA Council that a contractor intends to apply for approval of a plan to begin mining. The Council then has two years to finalise mining regulations. If it doesn’t, the Council must “provisionally approve such plan of work” under whatever regulations are in place at the time.

“It’s something that’s consistently under review – it’s not off the table, that’s for sure,” says Barron of triggering the two-year rule. He stressed that doing so would depend on gaining the support of a majority of the Council, the 36-member policymaking body within the ISA that is drafting the mining code.

DeepGreen holds exploration contracts sponsored by three small South Pacific islands – Nauru, Kiribati and Tonga – and one of those nations would have to officially invoke the two-year provision.

“If the two-year provision is invoked, and DeepGreen’s application is approved based on the current draft regulations, the impacts for deep sea biodiversity and ecosystems would be huge,” says Kristina Gjerde, a close observer of the ISA who serves as senior high seas advisor at the International Union for Conservation of Nature. “We need a far better understanding of the deep ocean environment and the impacts of deep-seabed mining on ocean life and ocean systems before commercial-scale mining should be approved.”

Currie says such a move would “shatter the reputation of the ISA itself. It is hard to believe that DeepGreen, or any sponsoring state, would be so irresponsible.”

This week, a new report from a coalition of non-profit organisations warned that mining for nodules in the Pacific would cause irreversible damage to the marine environment.

The pandemic is also slowing scientific research into little-explored deep sea ecosystems. The ISA needs that data to draft environmental regulations that fulfil its dual if contradictory mandate to facilitate mining and protect deep sea ecosystems. (An investigation last year by National Geographic magazine found that mining companies have so far failed to collect sufficient biological data to assess the environmental impact of mining.)

Stay-at-home orders have kept marine scientists like Dr Diva Amon locked out of their labs. Amon, a deep-sea biologist at the Natural History Museum in London, has been identifying new species discovered in areas targeted for seabed mining. She can do some but not all of that work from home using images taken by remotely operated vehicles.

“I’m working on two species descriptions from mining contract areas, which have been held up as we are unable to get into the labs to do the genetic analyses,” she says.

Shut-down orders and travel bans are also keeping scientists off research expeditions to the deep ocean, which have been delayed due to the pandemic, and away from now-cancelled conferences where they would share their discoveries. 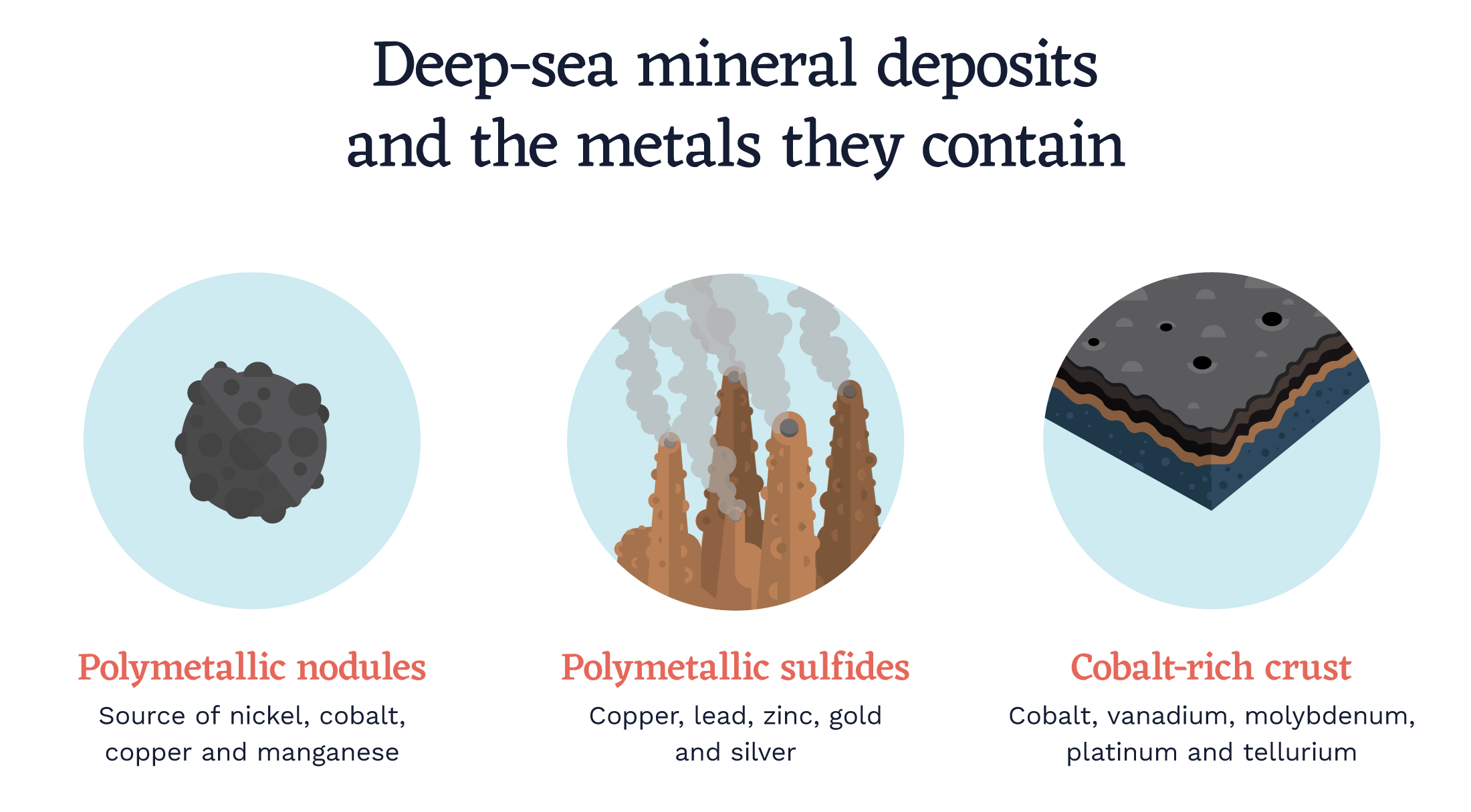 “We were about to embark on a very large environmental ocean research campaign,” says Barron, noting the expedition will likely be delayed for at least several months.

In an ISA meeting in February delegates expressed opposition to video conferencing.

“The negotiations should be postponed until a time when all interested parties feel it is safe and appropriate to meet together,” says Matthew Gianni, a co-founder of the Deep Sea Conservation Coalition.

Barron, on the other hand, says the ISA should take advantage of the pandemic to develop more innovative ways of meeting its obligations. “I could see how you could make more progress by being forced to work remotely,” he says.

Amon takes a more philosophical view of the postponement of numerous high-level ocean conferences due to the pandemic. “While I worry about the ocean sphere losing momentum,” she says, “perhaps this period will afford us some time to reflect on the path forward.”

Editor’s note: This article was updated on 22 May after the ISA meeting was officially postponed.

Protecting 30% of the ocean is easier said than done