After two years of postponements and a change in format, the UN Convention on Biological Diversity’s COP15 biodiversity talks will now take place in Montreal, Canada, this December. There is still much work to do in the coming months, if countries are to secure a new global agreement on protecting biodiversity in the coming decade.

At the recent UN Ocean Conference, which took place in Lisbon earlier this month, China Dialogue Ocean spoke with Elizabeth Mrema, the CBD’s executive secretary, about progress so far, on why the talks were relocated from China to Canada, and what needs to happen in the run-up to the event. 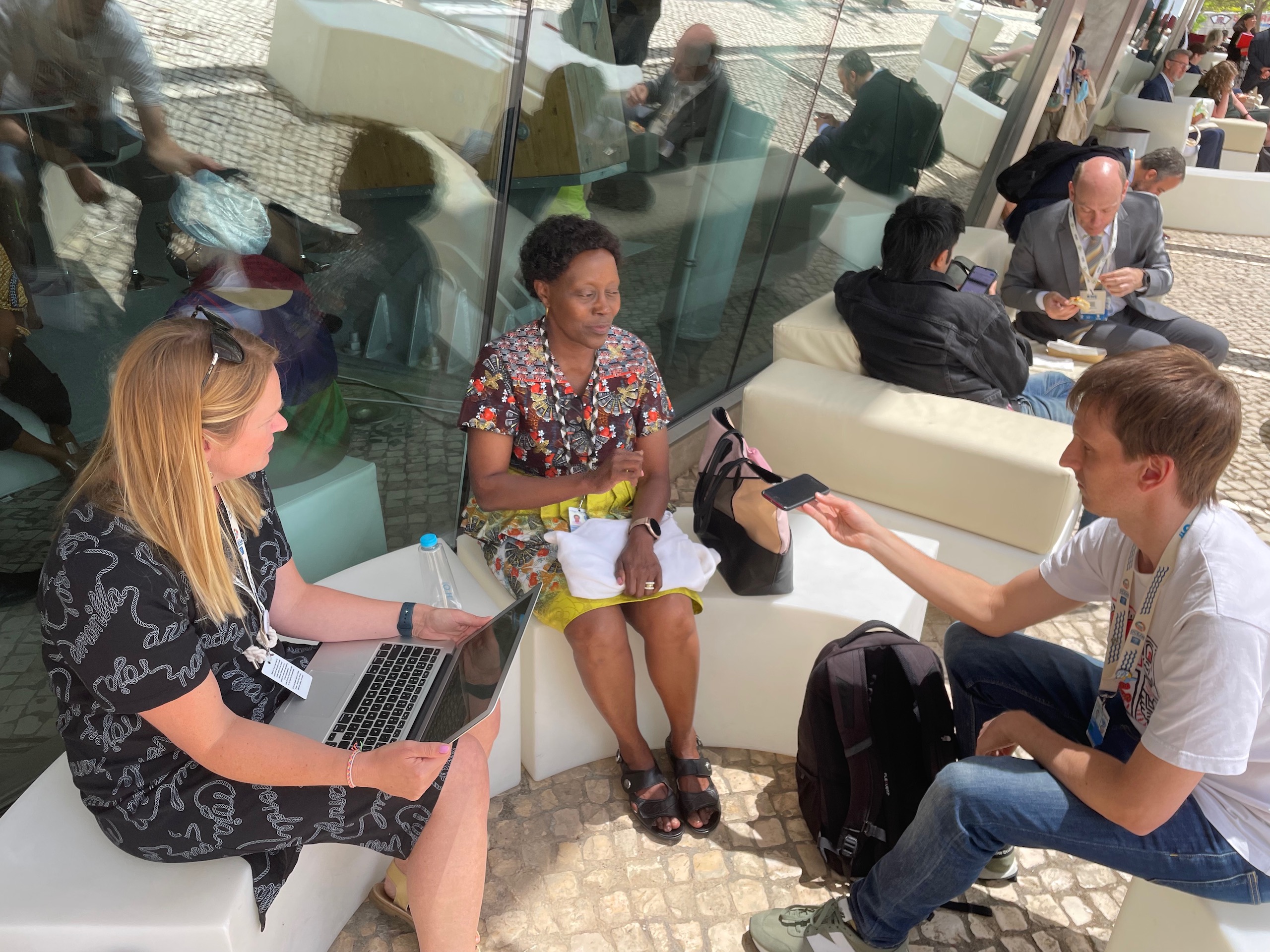 China Dialogue Ocean: How does the Convention on Biological Diversity fit into what has happened at the UN Ocean Conference here in Lisbon?

Elizabeth Mrema: The ocean can’t operate on its own, especially when we are looking at solutions. Biodiversity is the foundation of life. It’s the food, the air, the water and the carbon storage. You can see the connection. Our parties are in the process of developing the post-2020 global framework on biodiversity, which will also cover the implementation of ocean action – which cuts across most of the targets – just as it will be a framework for the implementation of the Paris Agreement. A mistake many of us make is that we think looking at the oceans means looking just at SDG14 [Sustainable Development Goal 14, on life below water], but it has to be achieved in connection with other targets. On its own, it won’t succeed.

What has been agreed so far this week in Lisbon that helps progress towards a stronger CBD outcome?

There are a lot of discussions here under the CBD to increase marine protected areas to 30% [of the global ocean] by 2030. This is where the framework comes in. But it’s still [not finalised] in the draft text. There’s still some more work to be done for it to be fully accepted, but there are already over 100 countries that have accepted this proposal.

Could you explain why COP15 has been moved to Montreal from China and what that means?

Our COP was supposed to take place in China. Because of Covid, we have postponed it four times. We have now reached a point in which meetings are taking place, but 2022 has been a challenging year for China in terms of Covid. Member states insisted the COP had to take place this year, but our host needed more time to assess the situation. It was a difficult decision for China to let it go, as they have really invested in the preparations for the COP. It spent two years preparing for the COP; Canada has to prepare a COP in six months.

How does the timing affect the plans, now that the CBD’s COP will take place after the UN’s climate talks in Egypt in November?

We initially wanted our COP to be before the climate one, but that wasn’t possible. Egypt was president of CBD COP14 before China took over for COP15. The minister [Yasmine Fouad, Egypt’s environment minister and COP27 envoy], who was our COP14 president, now wants to build biodiversity into the climate COP discussions. We will have a whole day – a biodiversity day – just to make the connections between climate and biodiversity. That will give us a good transition from making the connections to putting them into practice with the framework in Montreal.

What are the current expectations for the biodiversity agreement?

After the Nairobi meeting [a working group meeting held in June], we thought we would have a fairly good, clean text ready for the COP, as it was supposed to be the last meeting. But we are not yet there. The progress is slow, a lot still has to be done and there are many brackets [indicating text not yet finalised] in the draft. But some progress was made. In Geneva, not all targets had been discussed. In Nairobi, they discussed all the targets – even new ones. So that progress was made in only a week.

What are the sticking points?

There are other controversial issues on the table, means of implementation especially. The framework can be ambitious only if there are resources for its implementation. Countries want that assurance that there will be resources. When we talk of resources, countries know that there are millions spent on harmful subsidies. We can move that money and redirect it towards positive biodiversity subsidies and incentives. That will reduce the financial gap we are looking at. That is on the table.

The climate community has taken a decision that solutions for climate change are in nature and we acknowledge that: a large part of climate mitigation will come from biodiversity. But the biodiversity community is not necessarily agreeing on that. Our previous decisions and COPs have used a well-established ecosystem-based approach. Whether nature-based solutions can be embraced for biodiversity is still in brackets, yet to be agreed. When you look at nature-based solutions, not all are positive – we have to be careful as some can be detrimental to biodiversity. This is the caution among the biodiversity community.

Will there be another meeting before the COP?

In Nairobi, it was decided there will be another meeting. Just three days before the COP, the member states will meet again to give their ministers a clean copy, hopefully. That will put pressure on us, as we need to find the resources for that meeting.

This interview was conducted at the recent UN Ocean Conference in Lisbon, 27 June to 1 July. It has been lightly edited for clarity.